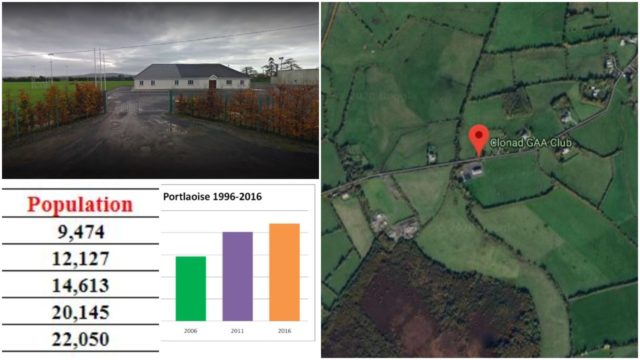 Extensive plans for a brand new primary school in Laois have been unveiled.

Clonad Development Association have put together a draft proposal which, they say, ‘outlines the need for an additional school in Portlaoise and also the rationale for locating such a school in the Clonad area’.

Clonad, which is located just outside Portlaoise, had a primary school up until 1971 when it closed. This new one would be called ‘Clonad Community National School’.

In a statement released by Clonad Development Association, chairperson Mary Lanham outlined how the proposal of building a school came about and also explained it would be under the patronage of the Laois Offaly Education Training Board.

She said: “Clonad Community Development Association was set up in early 2019 with the remit of improving all aspects of the Clonad area.

“The main focus of the group is to generate a greater sense of community, work towards improving the environs of Clonad, help to identify and address safety and security issues locally and, overall, attempt to regenerate the area.

“After a number of meetings, one issue which has become a priority for the group is that of a school in the area.

“At present, there is no school on the Abbeyleix-Road side of Portlaoise and we believe that this represents a huge gap in the provision of school places for children in the Clonad and Togher areas and those living along the Abbeyleix Road in Portlaoise.”

In the detailed proposal shared with LaoisToday, it cites population growth as one of the main drivers.

It says: “Statistics from the previous 5 census shows that within a twenty year period from 1996 to 2016, Portlaoise’s population has increased by 132%.

“Based on the last two census alone, Portlaoise is the fastest growing town in Ireland outside of the major cities and has the highest population in the country of 0-18 year olds. 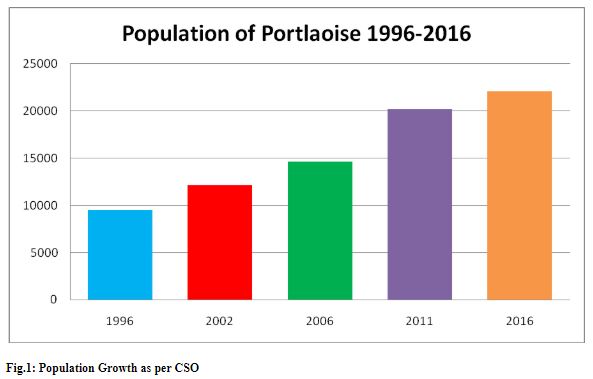 “The town has experienced considerable urbanisation and expansion in recent years and with the significant population growth this has put a greater demand on the town’s infrastructure in particular education and this has lead to a massive increase in demand for school places. The provision of good quality education facilities is vitally important to support the development of sustainable communities and to support economic development.

“The demographic data for the Portlaoise area, overall indicates that demand for primary pupil places over the past 5 years across the region has been increasing and it is prudent to plan provision in this area on this basis.

“The wide area to be served by the school reflects the significant movement of children to attend schools in this area and enrolments are expected to continue to rise. There were over 40 children without a school in Portlaoise in the 2018 – 2019 school year (EWO, Túsla) and reports from local primary school principals indicate strongly that they will be oversubscribed for September 2020.

“More and more families have had no alternative but to send their children to schools many kilometres outside of Portlaoise. These schools (Ratheniska NS, Ballyfin NS, The Heath NS, Emo NS and Timahoe NS) have all doubled in size over the past 15 years and will be unable to meet the future needs placed upon them.

“The only viable solution is to establish a new school which will alleviate the burden currently being placed on existing schools within Portlaoise and the surrounding townlands.”

The group have also located what they say are a number of suitable sites for such a development.

The proposal say: “Clonad Community Development Association has identified a number of sites in Clonad that would be of sufficient size for the provision of a new school with ample car parking.

“Clonad GAA Club is currently located in Portlaoise Parish and is ideally situated to provide a school for the children of Portlaoise in the short term.” 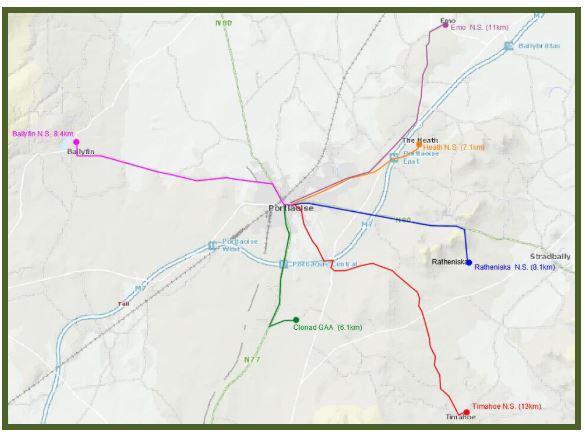 It will be very interesting to see what comes out of this.