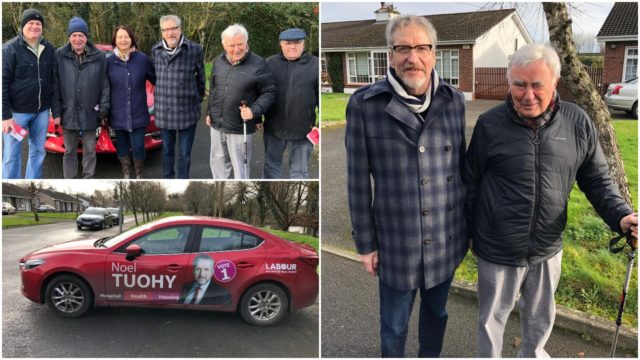 If you had said to Noel Tuohy three weeks ago that he’d be knocking on doors looking for votes to win a seat in the Dail – he’d have probably said you were mad.

However, Eoin Barry’s decision not to run for Labour that he announced on January 14 left Portlaoise man Noel with a dilemma.

Labour were facing the prospect of having no candidate at all in the Laois-Offaly constituency and this was something that Tuohy simply could not allow to happen.

Labour do have a long tradition in Laois with the first TD ever elected here coming from the party – William Davin in 1922.

So on January 20, and despite battling Parkinson’s Disease, Noel declared his intentions and began playing catch up on the rest of the candidates by getting out to as many doors as he can in the time that remains.

We caught up with him on Monday and joined him on a canvass of Glendowns – a lovely housing estate on the Stradbally Road across from St Fintan’s Hospital.

Noel says he has received a good reaction at the doors so far and that was evident here where it was a similar response.

Secretary of the local resident’s association Sean Wynne, a former Prison Officer colleague of Noel, guided the group around the estate.

St Joseph’s native and Knockbeg student Oisin Hooney is in with us at the moment on TY work experience and the canvassers were delighted to hear that he is the grandson of Tony O’Brien – a great Labour man from around Ballylinan.

One man queried about the new housing development planned for land beyond the stream at the back of the estate and if that would mean they would have to share the entrance or part of the road with it. 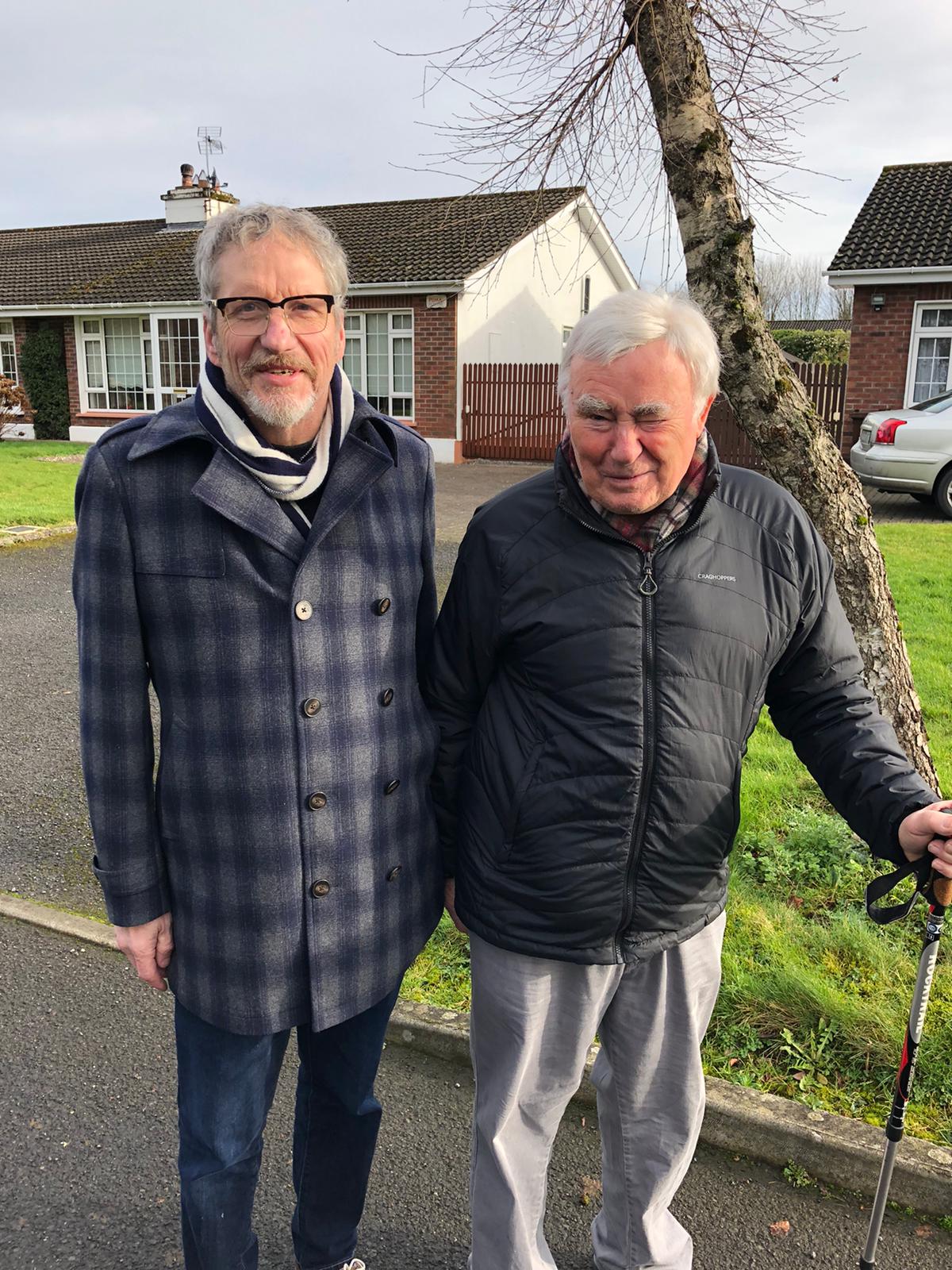 Noel assured him he would work to ensure this didn’t happen and as a sitting Councillor – he is best placed to do that whatever the outcome this weekend.

First elected as a Councillor in 2014, Noel increased his first preference vote considerably in last May to be re-elected comfortably.

As we made our way towards the end of the estate and back towards the main road, Noel knocked on the door of what turned out to be an old friend of his wife. 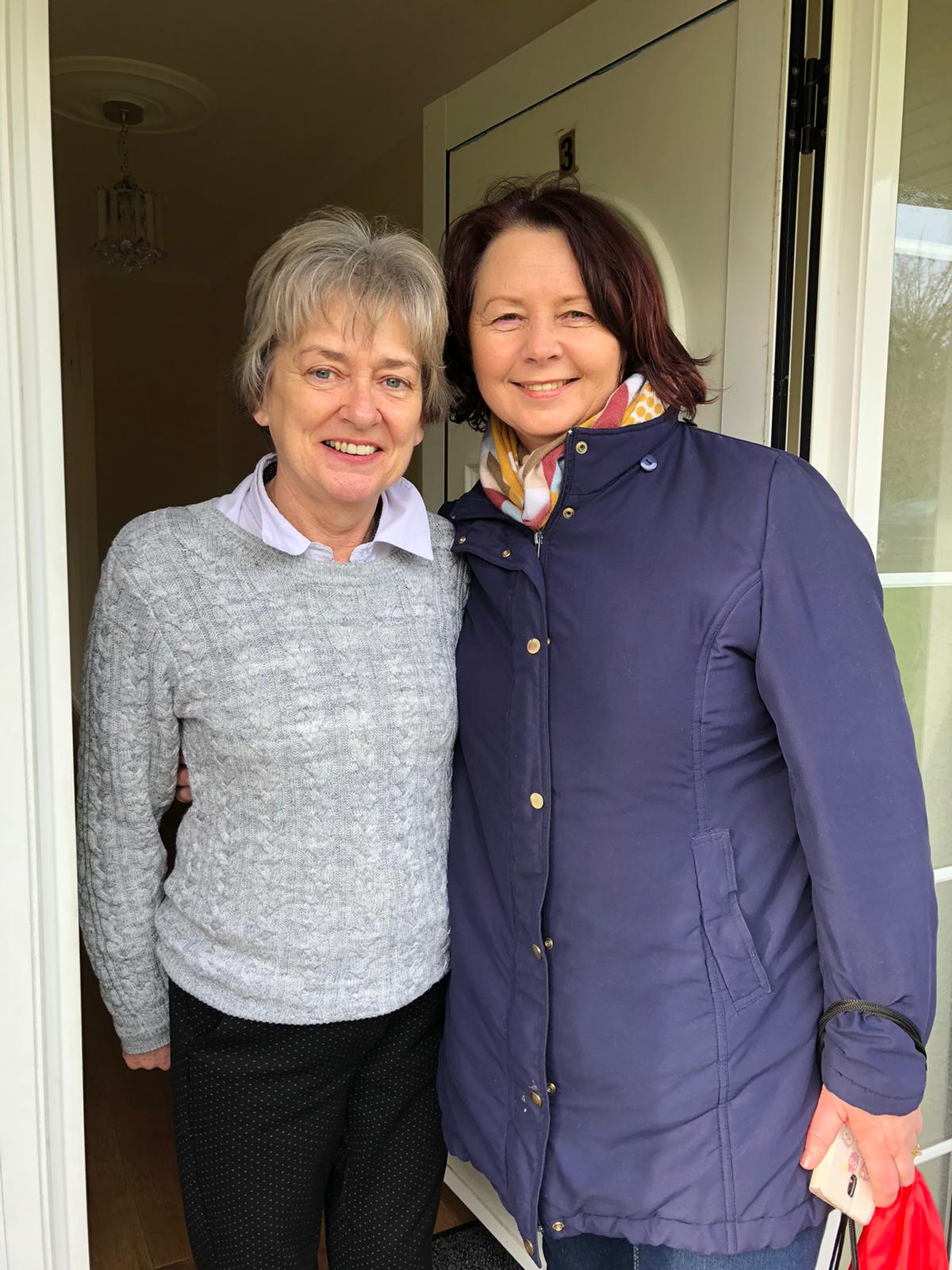 Marie and Noel were 40 years married last Sunday but celebrations have had to be put on ice for the moment as the canvassing continues at pace.

The scale of Laois is huge in terms of area as it spans from Graiguecullen to Clonaslee – and that doesn’t even count Offaly which is bigger again.

Noel joked: “The last time I went to Clonaslee, I came back with a wife so I mightn’t be able to go back there again!”

Like in the Local Elections, Tuohy is also employing a poster-free campaign and despite the obvious drawbacks associated with that – he is happy to continue. 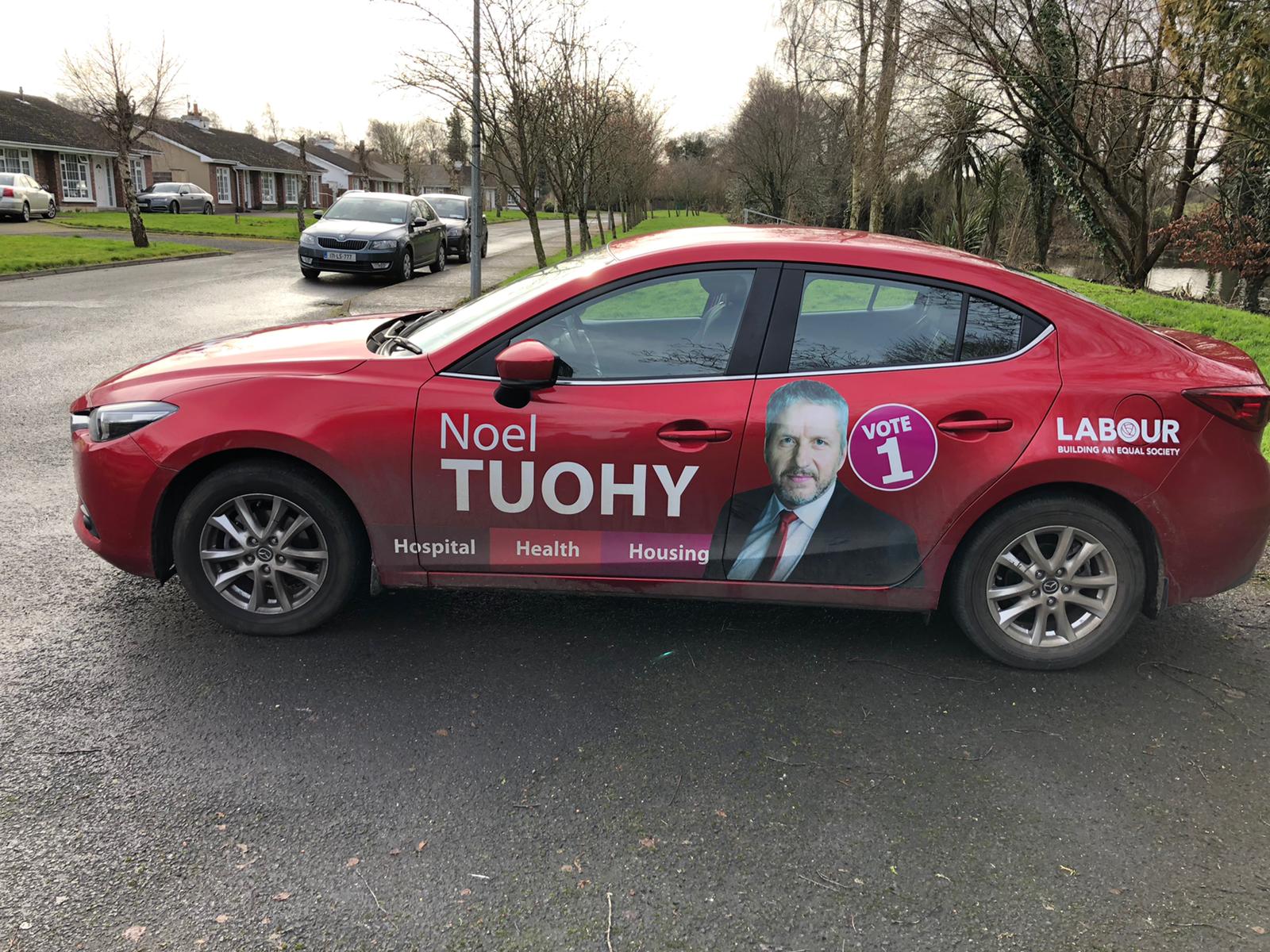 He said: “It was actually my grandson that said to me the other day ‘why do them people think we want to look at them?’

“I think he is right too. It possibly limits my reach but we try to make up for it in other ways through social media.

“We can’t pontificate and tell people that they can’t use straws in a cup but yet we can put up posters.

“I heard there was 61 posters put up of one candidate between Mountrath and Portlaoise – that is overkill.”

Near the end of Noel’s canvass, we meet a man from Portlaoise who tells us that he has voted Fianna Fail 1, 2, 3 and sometimes 4 all of his life.

However, he says this time that Noel will get his number one because this is a personal vote and that he will make the exception on this occasion.

And those are the type of votes that Noel Tuohy will be hoping to gather up between now and Election day on Saturday February 8. 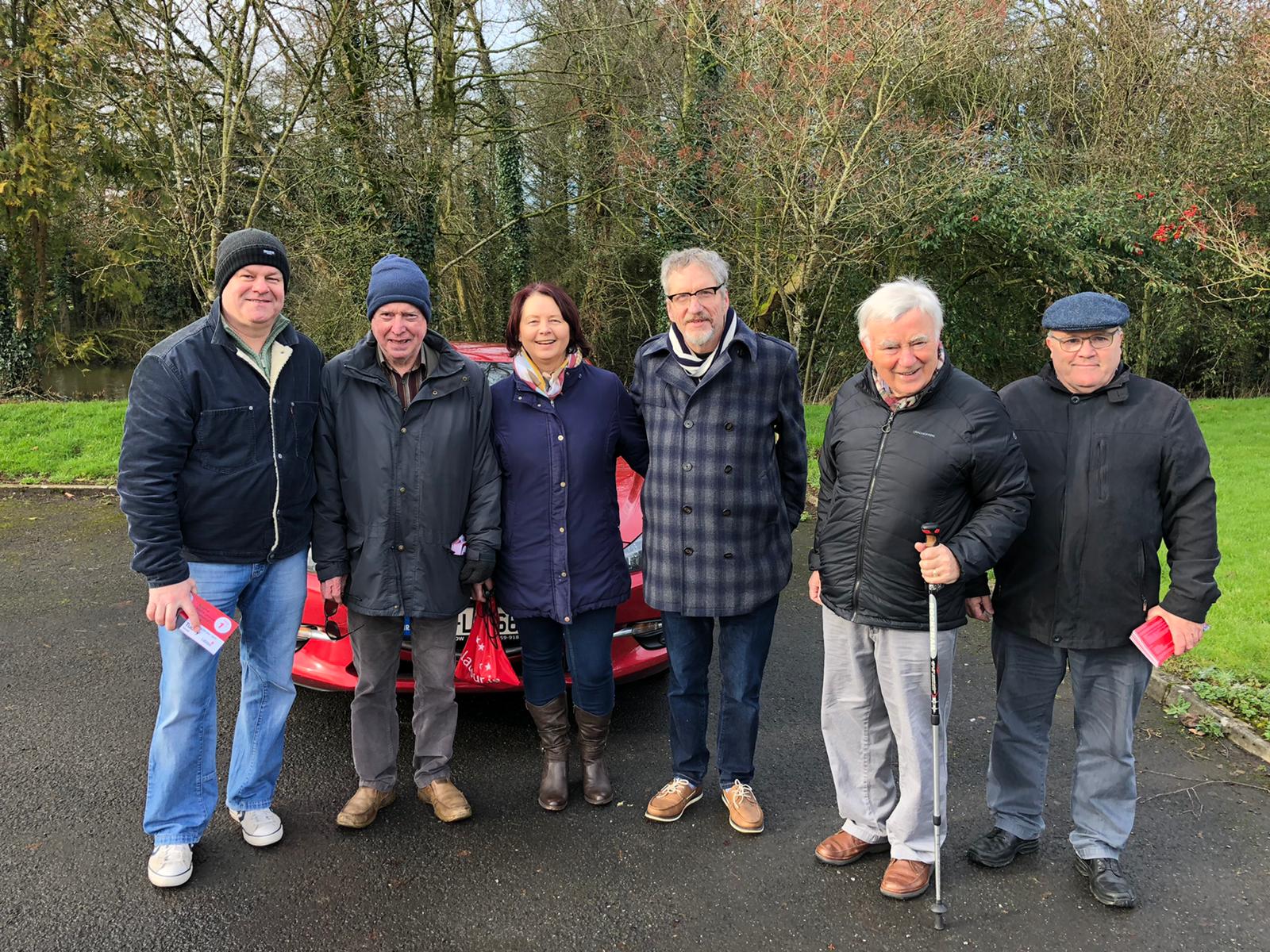 SEE ALSO – On the Canvass: ‘Challenging election’ as Flanagan sets to go to battle again