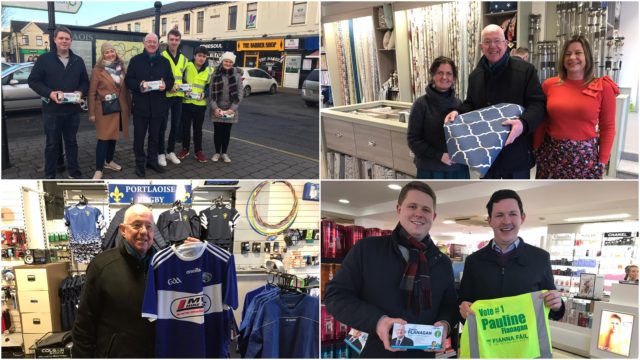 Saturday afternoon in Portlaoise. A week to election day.

It’s pleasantly mild for January as Minister Charlie Flanagan parks in the Market Square in the town and links up with Conor Bergin, who works in Charlie’s office in Portlaoise and is also Laois’s youngest county councillor having been elected in some style in last May’s Local Elections.

A General Election campaign is nothing new to Charlie Flanagan. This is his ninth, having been first elected for Fine Gael in 1987. His father, Oliver J, contested 14 General Elections before him, topping the poll in 11 of them.

The family history runs deep in the Laois-Offaly constituency.

He’s the outgoing Minister for Justice but he walked into the controversy of all controversies on the eve of the election when he was at the centre of a proposed commemoration for the Royal Irish Constabulary.

The RIC gave directions to the despised Black and Tans during the War of Independence. The backlash was massive and the event was duly postponed.

Across the country there was a frenzied reaction. On social media it was amplified even more.

But as he walks down Main Street and around Lyster Square, canvassing those out and about town and going into various businesses it’s not mentioned once. Not even by the numerous Armagh supporters, who are in Portlaoise for the National Football League game that evening.

With a family from Middletown, he chats about the late Seamus Mallon, the former Deputy First Minister of Northern Ireland, who was from that part of the world and who only died last week.

“It is a difficult election,” Charlie tells LaoisToday as we chat briefly walking through town.

“There is a wider range of issues from different sectors than before. In 2016 the economy was still a big issue. Now we’re at full employment.” 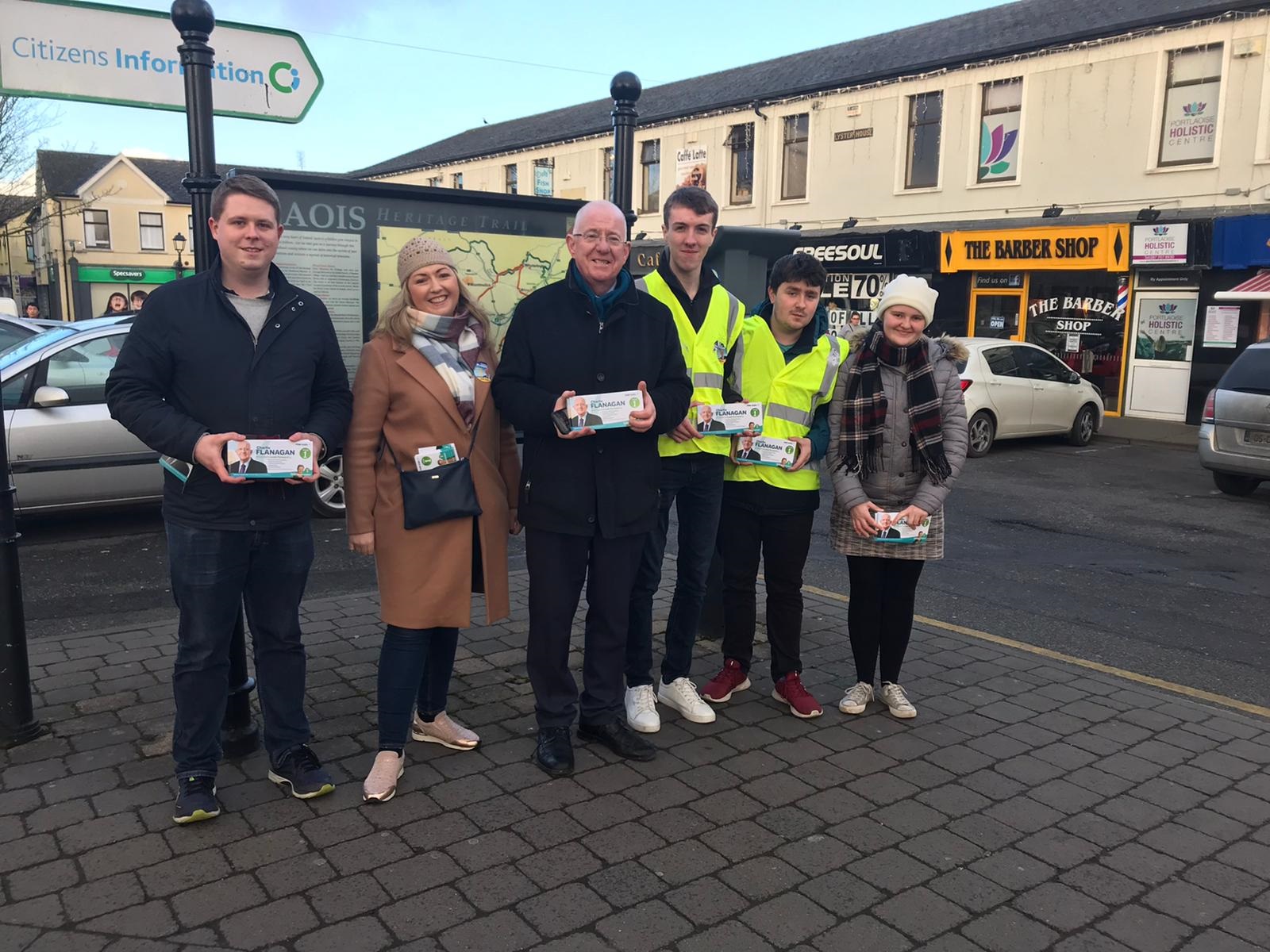 Fine Gael are down in the polls at the moment and a third term back in Government seems unlikely.

But they’re drawing attention to their record. Taking over the country when it was on its knees in 2011; steering the ship during the recent protracted and tricky Brexit negotiations. Their alliance with the main players in Europe is something they’ve mentioned on many occasions.

He’s also joined on the canvass by Cllr Thomasina Connell, who was his running mate in 2016, and Young Fine Gael members Thomas Maher and Joe Conroy. 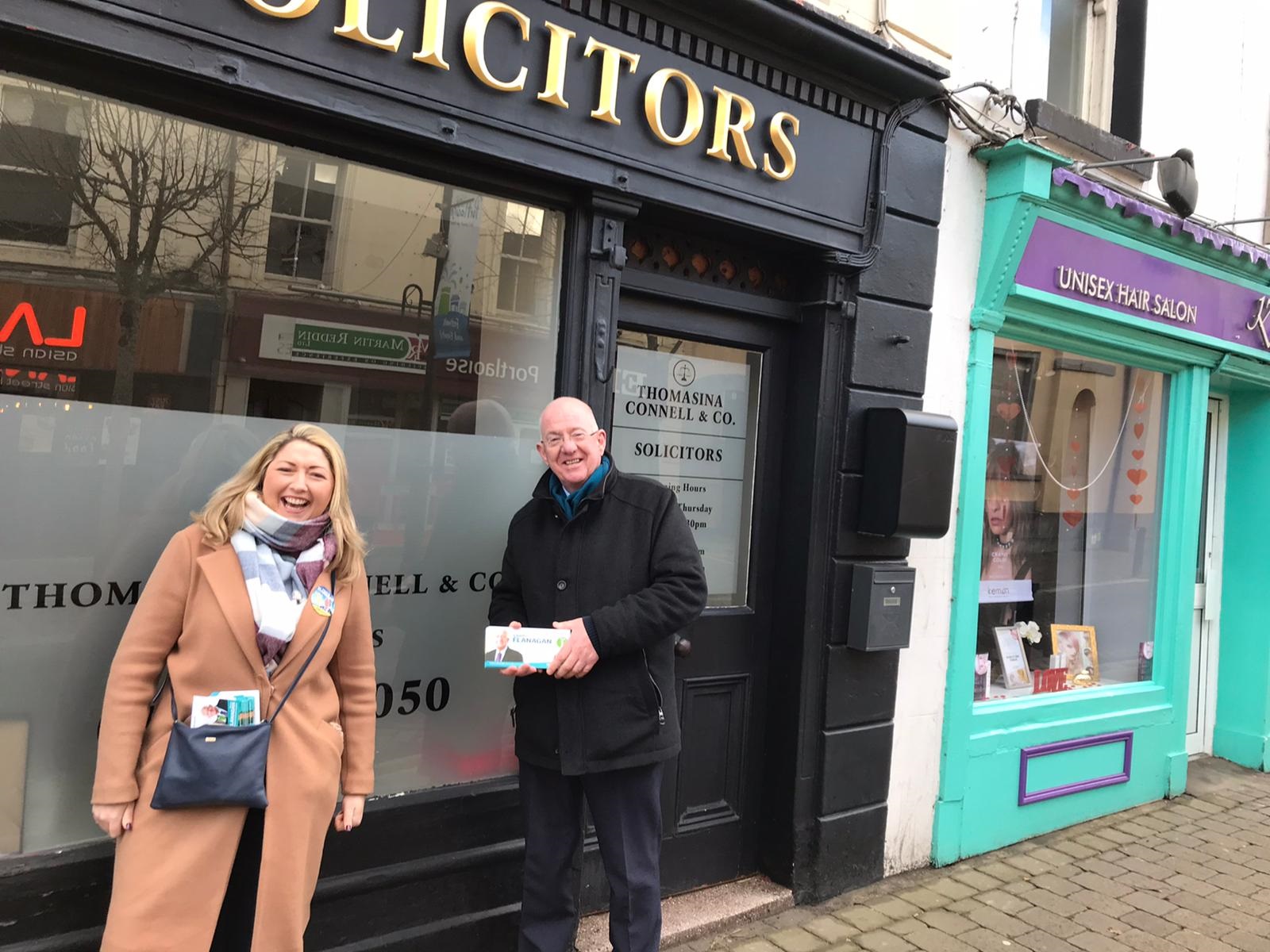 For the most part they receive a warm reception. Business owners seem glad to see them. There are some instances of people taking the flyers and moving swiftly on without engaging. That’s as bad as it gets.

In Alo Donegan’s, which recently celebrated 90 years in business, owner Eamon tries to dig out a CD that had a recording of the 7 Days programme from the late 1960s. 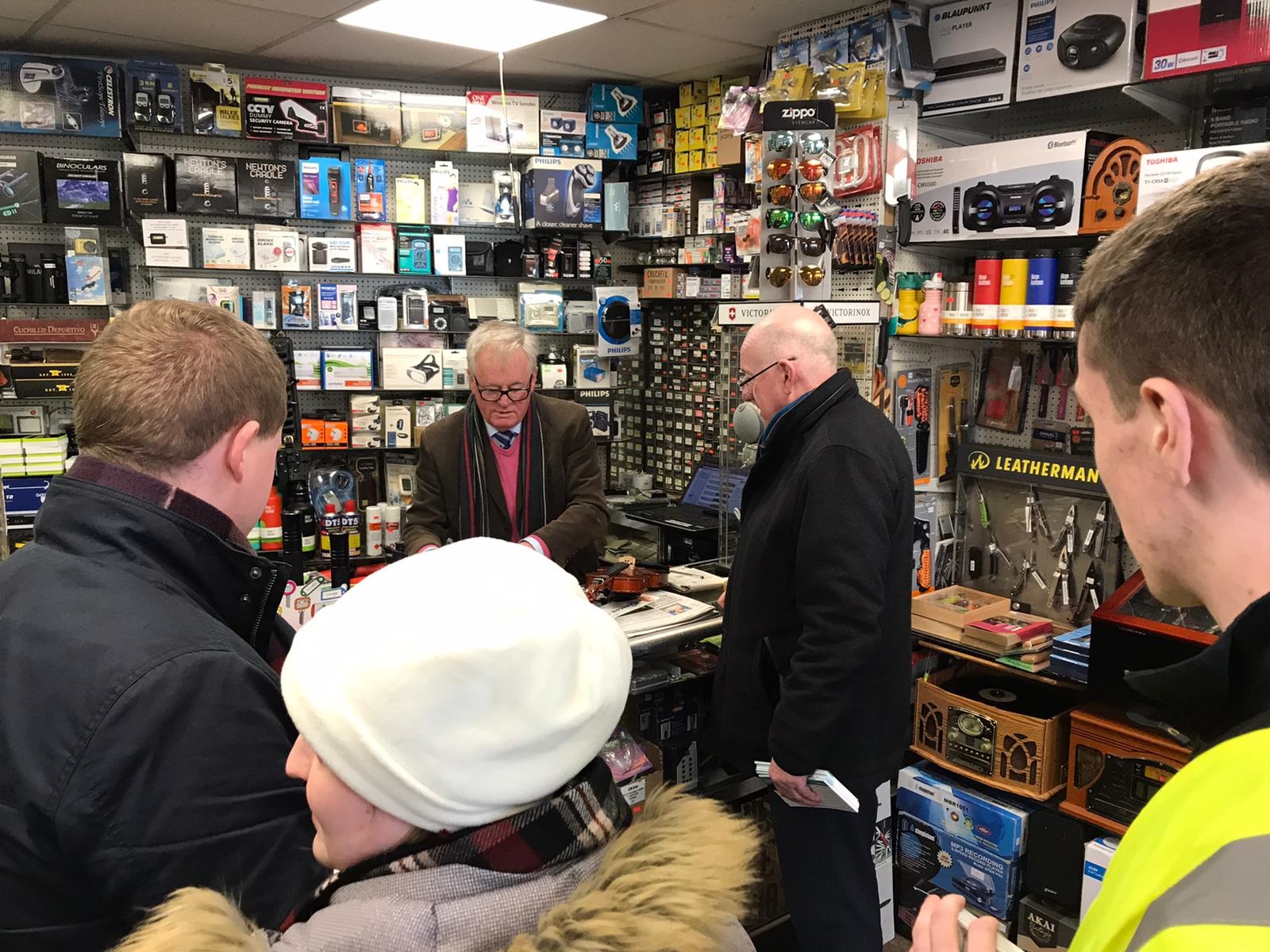 In Miscellany Cakes, owner Sarah Walsh greets the team and makes a connection. Charlie was a friend of Sarah’s late aunt Mary O’Sullivan who ran the shop Miscellany in the premises for many years. It’s a bakery now and on the wall hangs a photo of Grainne Seoige on her recent wedding day. Sarah did the cake.

In Treasures Gift Shop with Louise Aldritt, he admires the magnetic signs customised to the Laois towns and villages. 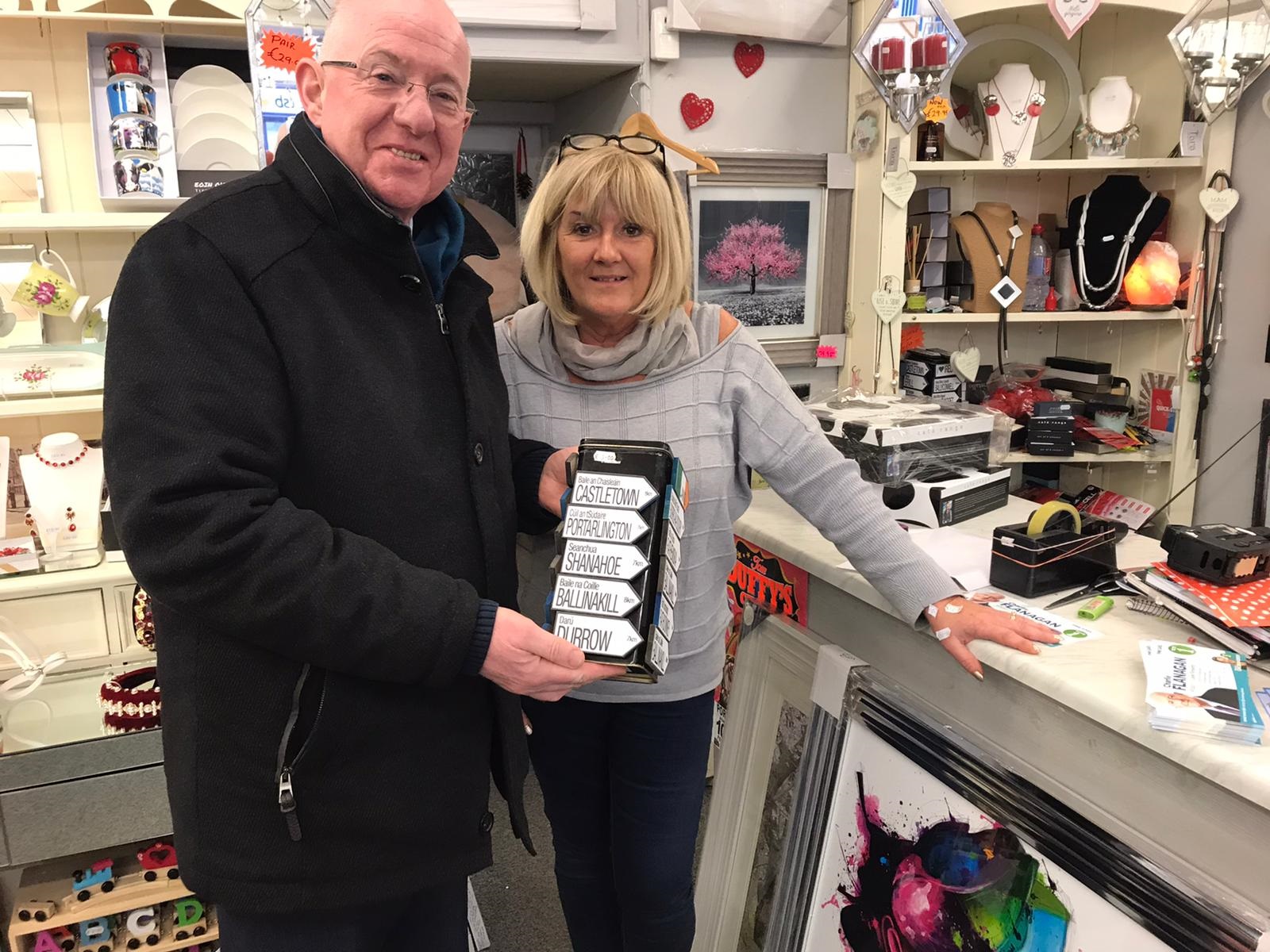 Out on the street a Mountmellick man crosses the road to assure them of his Number 1 vote. Further down a man from Ratheniska thanks Charlie for his support on a recent issue.

“Every election is the same. We all start with zero votes,” he says. “Though one person using the postal vote told me that they voted for me yesterday!”

One foreign national stops to discuss his application for naturalisation. Another woman asks what supports might be in place for her daughter who is looking to set up her own business. Charlie recommends getting in touch with Evelyn Reddin and the team in the Local Enterprise Office. 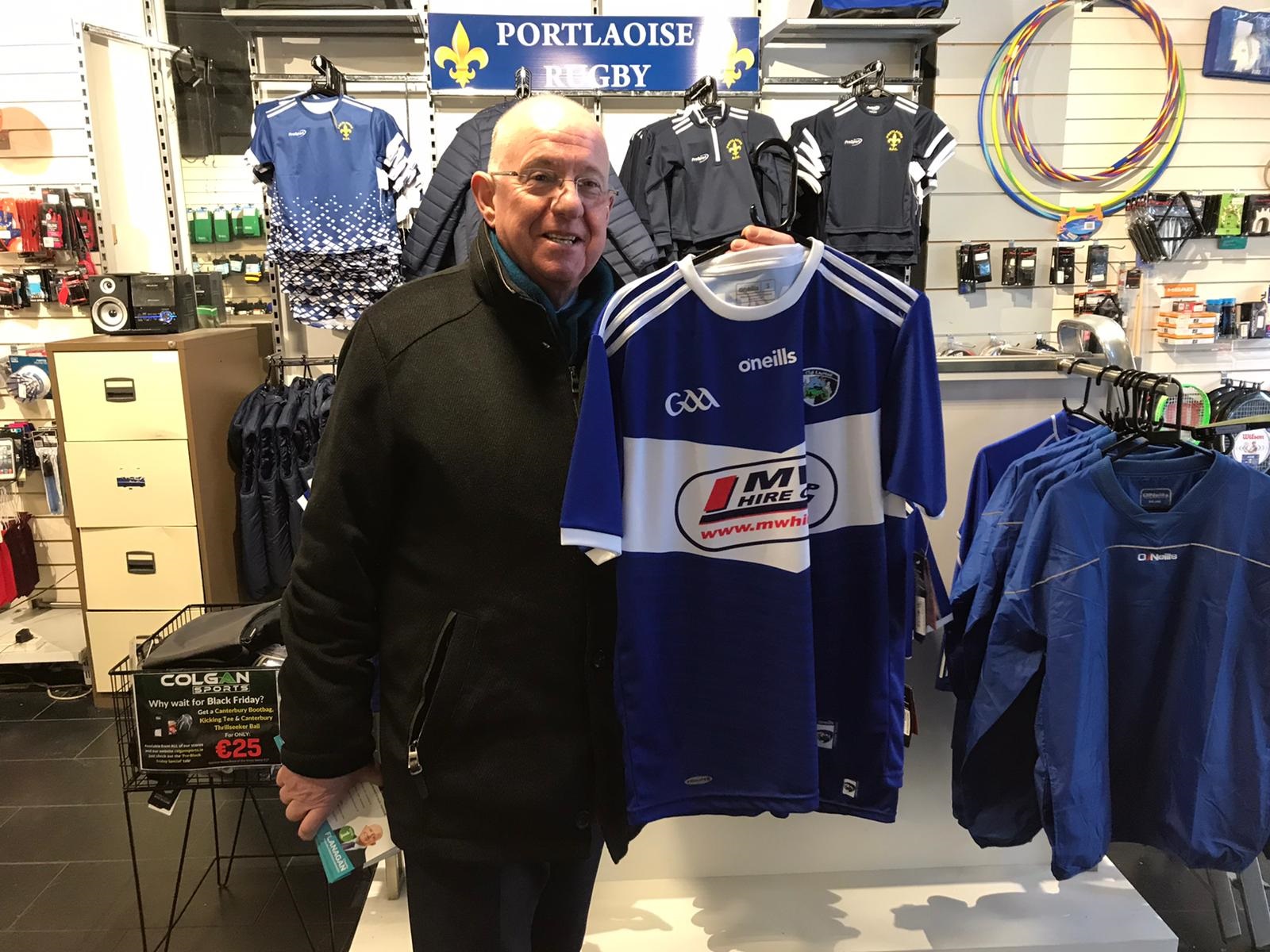 He chats with Bryan Fergus in his photography shop on Main Street; in Colgan’s he poses with a Laois jersey and chats with one of the staff members. He pops into Pretty Woman, opened recently by Tara and Mo Nerney from The Heath. 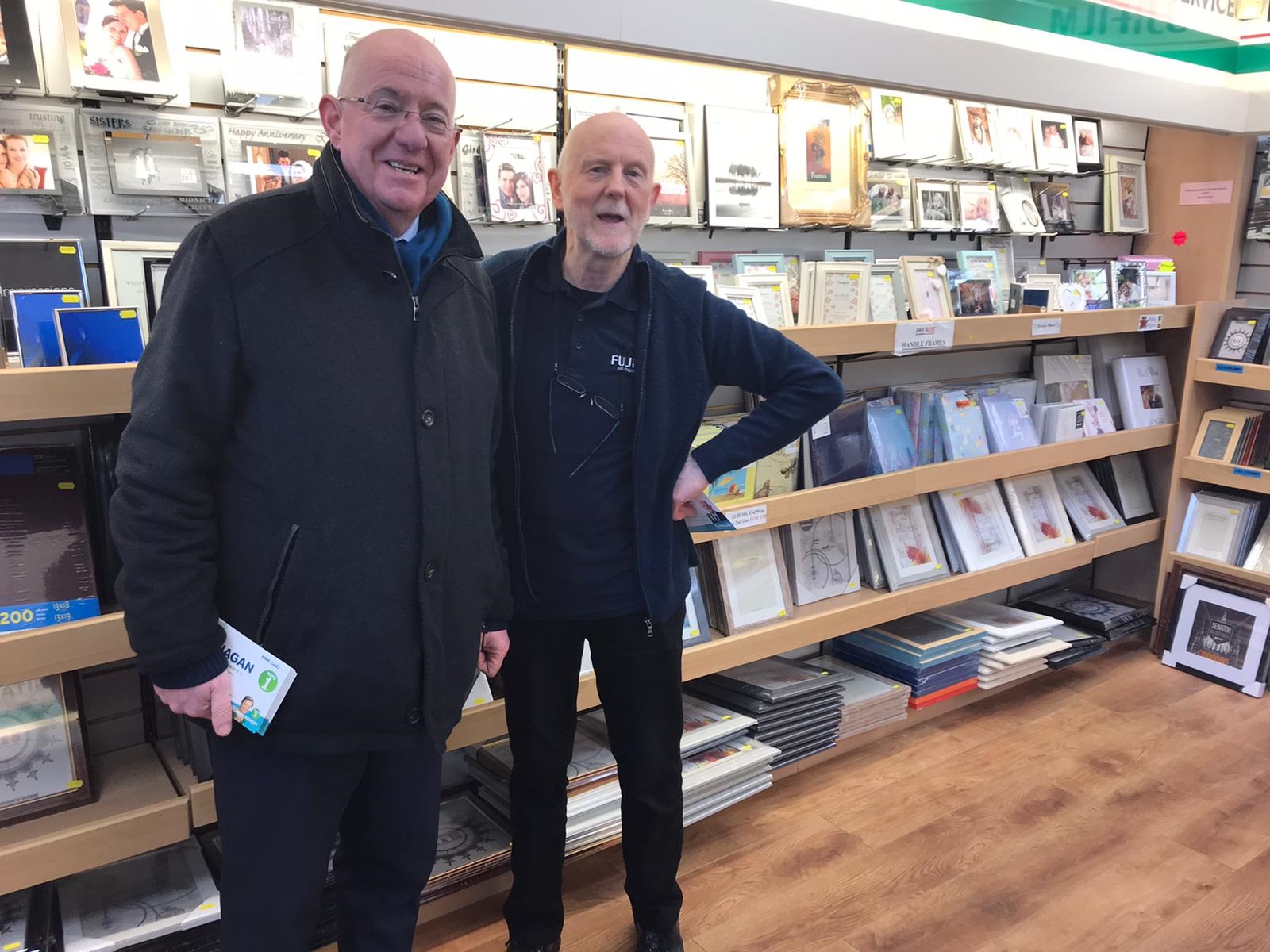 In Hughes Pharmacy he jokes with customers and staff while William Delaney from the Pike-of-Rushall, who is out canvassing with Pauline Flanagan at the same time on Main Street, drops in to observe the banter. Himself and Conor Bergin arrange a photo with the two of them showing off their paraphanelia from the opposite Flanagan camps. 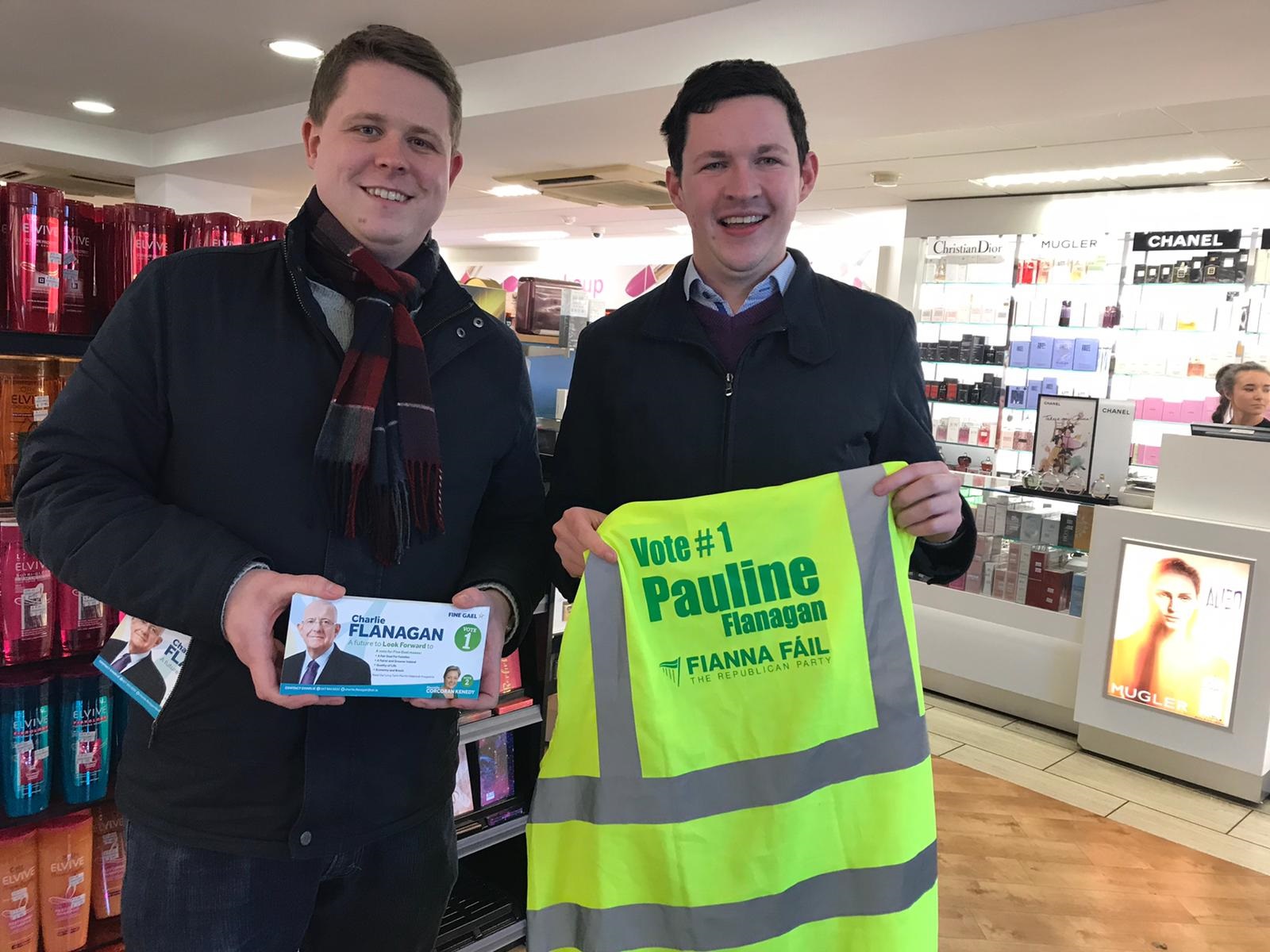 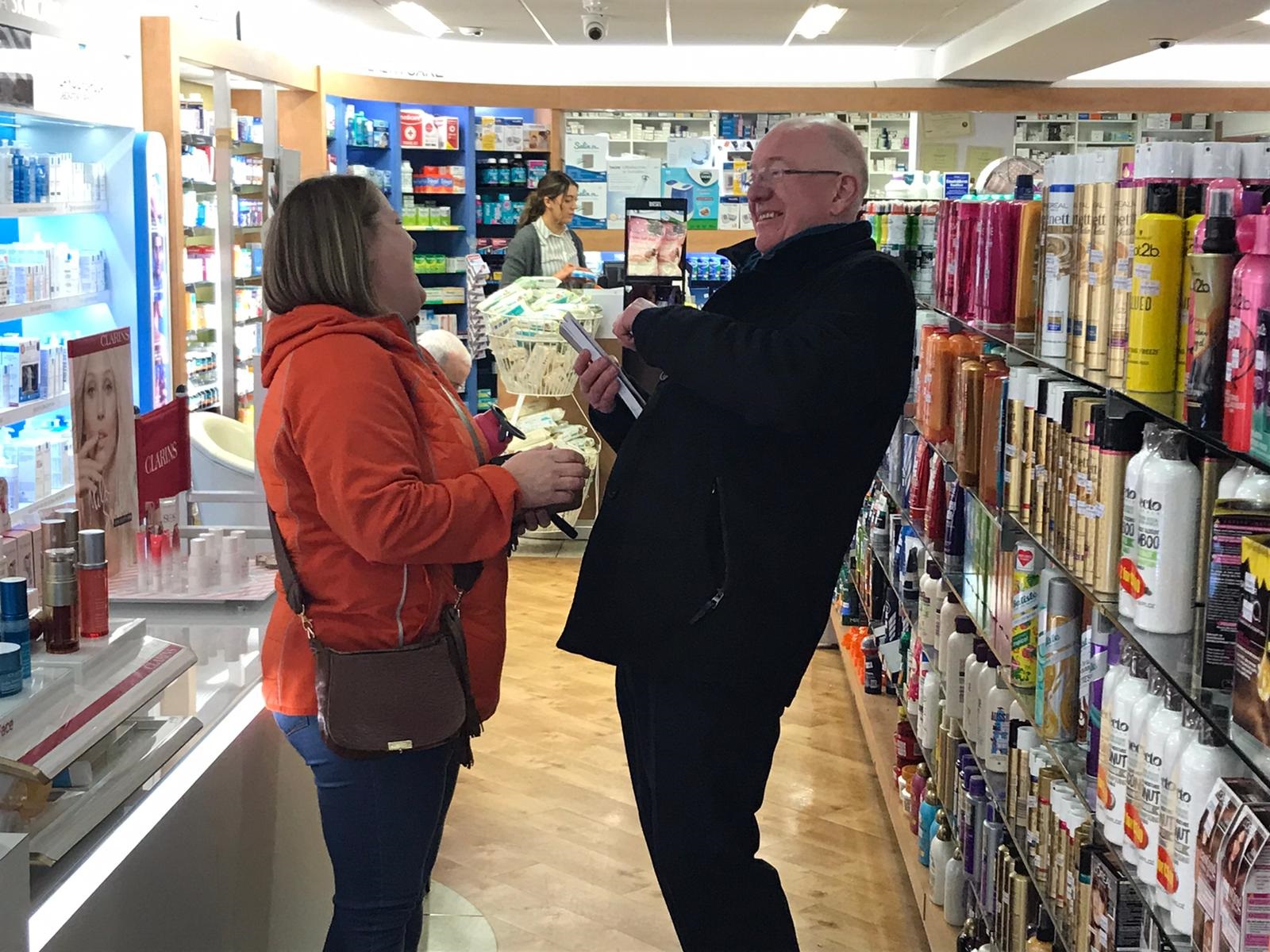 There’s a particularly warm reception from the Tariqs in Variety World.

Creative Interiors was recently opened beside the library where Albany used to be. Veronica Fennell, originally from Cork, gets down a roll of blue wallpaper and jokes, “I’m a blue shirt like yourself.” 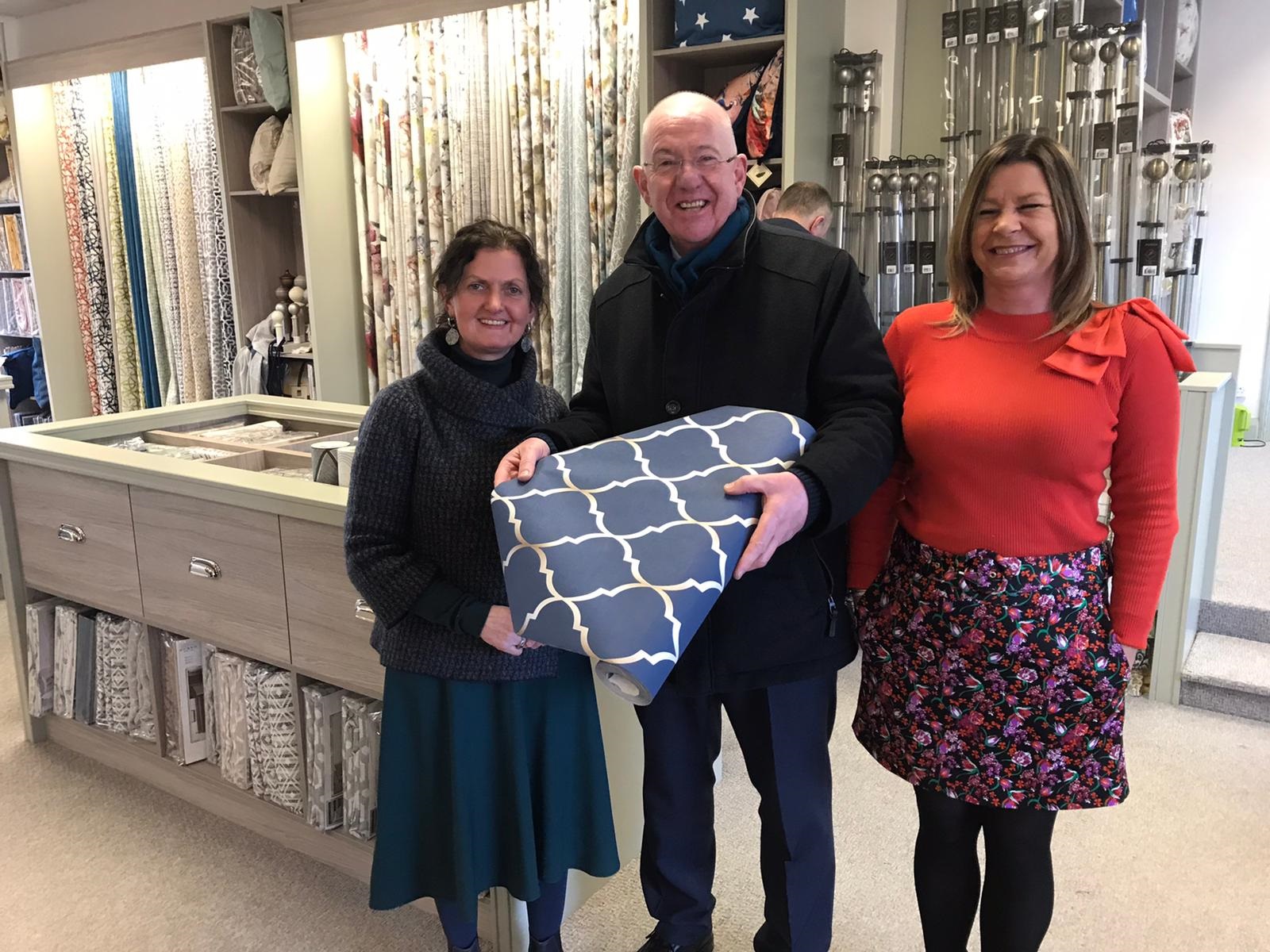 In the Portlaoise Thrift charity shop, Anita Donoher from Portarlington raises the issue of the changing boundaries. For this election she must vote in Kildare South.

We bring up the issue of the hostile online reception that he receives.

“It is gone particularly nasty,” he says. “A woman in Mountrath brought it to my attention that someone said that my ‘eyeballs should be gouged with a corkscrew’. There is no place for that in political discourse.

On the issue of Portlaoise Hospital, he says that his presence at the cabinet table has helped keep it open since the downgrading issue raised its head again two years ago.

His parting words are on what might happen post-election.

“If there’s a change in Government, the balance of power in this constituency will switch back to Offaly.”

SEE ALSO: On the Canvass: Check out our other features with the local candidates on the campaign trail ahead of the 2020 General Election