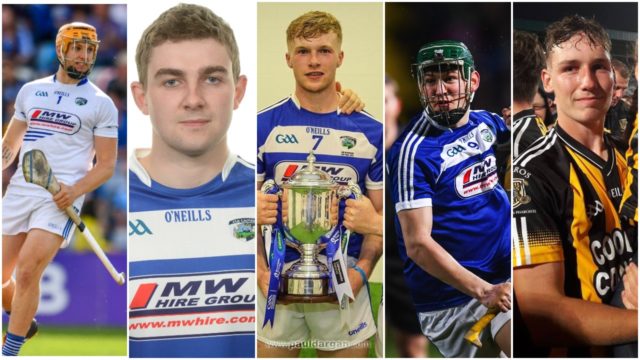 IT Carlow have enjoyed what can only be described as a remarkable few weeks on the field of play in terms of Fitzgibbon and Sigerson Cup action.

Two weeks ago the colleges’ Footballers contested their first ever Sigerson final and despite losing out to a fine DCU side, they really were the story of the competition under Laois man Pat Critchley.

Unlike the footballers, this isn’t unchartered territory for IT Carlow.

In 2017 a side which was plentiful in terms of Laois Senior Hurlers including Cha Dwyer, Stephen ‘Picky’ Maher, Dwane Palmer and current Captain Enda Rowland lost out to a star studded Mary I outfit in Salthill.

It was a testing challenge for the IT Carlow on the day having had to endure extra time less than 24 hours previously in their victory over tonight’s opponents UCC and in the end Mary I won out by 3-24 to 1-19 powered by All Ireland Senior medal winners in Aaron Gillane, Colm Galvin, Ronan Maher and Cian Lynch to name just a few.

It’s pretty much a new set of personnel on the field of play with the aforementioned Enda Rowland the sole starting survivor, although Thomas Nolan of Tipperary was also involved in the 2017 Final and Waterford’s Colin Dunford is now part of the backroom team.

So far this term IT Carlow have accounted for UCD and GMIT in the group stages, NUIG in the quarter final and Mary I in the Semi Final last weekend by 5-14 to 0-15.

In all there are six Laois men bidding for success this time out.
Lets take a look at the players aiming to bring back the Fitzgibbon Cup for the first time:

Enda Rowland – Joint-Captain of the team. The man from Abbeyleix is Hurling’s answer to Happy Gilmore and is capable of pointing frees from way downtown. Nominated for an All Star in 2019.

Shane Reck – Part of Davy Fitzgerald’s Wexford set up. A sticky defender from Oylegate that gives very little away.

Sean Downey – The Ballinakill man has made an impressive conversion from attack to defence having played mostly as a forward with both Laois and IT Carlow in recent years.

Fergal Hayes – Lined out at corner back for Kiladangan in the 2019 Tipperary Senior Hurling Final where they lost out to All Ireland finalists Borrisoleigh and like Reck, he’s as tough as they come.

Podge Delaney – Has blossomed in the Laois jersey under Eddie Brennan and has carried that form for IT Carlow. The Harps man is part of a stellar half back line.

Jason Cleere – The Bennettsbridge man has the distinction of winning All Ireland Junior and Intermediate hurling medals in the space of 12 months and is a wonderful fielder and striker of a ball.

Niall Brassil – Picked up an injury for Kilkenny against Carlow and missed out on the semi final win over Mary I at the weekend. From James Stephens in Kilkenny and will certainly be part of Brian Cody’s plans for the foreseeable future.

Richie Leahy – Another Kilkenny Senior, this time from the Rower Inistioge. Richie has a serious ability to pick up on loose ball from midfield and generally tips over two or three points a game.

Luke Scanlon – From the same club as Brassil and has featured under Brian Cody. Very familiar with midfield partner Leahy and has a great engine.

Michael Harney – The Waterford man lined out at wing back in the absence of Brassil last time out but can feature at half forward also where he can win dirty ball.

Cathal Dunbar – The Wexford man is joint-captain along with Rowland and has stitched some absolute beauties during the winning run so far. Looks set to feature prominently under Davy Fitz this year.

Jerry Kelly – The Borrisoleigh man absolutely lit up the All Ireland Club Final a few weeks back with an exhibition of point taking. Seller of unbelievable dummies and although he’s only 21, he hurls like a veteran.

Stephen Bergin – A Laois Senior from Clough Ballacolla with a profound ability to score goals. He even got one as a blood sub in Croke Park in the Joe McDonagh Final last year when his toes had hardly even threaded the hollowed field of play. Also nabbed a goal in the Semi Final.

Chris Nolan – The Mount Leinster Rangers clubman was one of the most talked about underage prospects in Carlow for years, winning four Minor Hurling Championships in a row and has backed it up at Senior level under Colm Bonnar. Holds the unusual distinction of playing an U21 Leinster Semi Final at 17 years of age in 2015 but wasn’t deemed old enough to play the grade the following year.

Liam Blanchfield – Like Jason Cleere, Blanchfield also has two All Ireland club medals with Bennettsbridge and has been on the Kilkenny Senior panel for five seasons under Brian Cody.

Seamus Casey – A clubmate and county team mate of Shane Reck. Hits the frees for IT Carlow but is also very capable from open play.

Eoin Gaughan – The Camross man featured off the bench in the semi final win and notched a point for good measure. Nailed a crucial free to earn a draw for Laois in the group stages of the McDonagh Cup last year.

Thomas Nolan – Hails from the same club as Tipperary sharpshooter Seamus Callanan in Drom/Inch and came on in the corresponding final in 2017.

Dion Wall – A tough uncompromising defender from Ballinkillen in Carlow who has featured under Colm Bonnar in recent years at senior county level. Also represented the county footballers at u21 level and played in the Hurling/Shinty International at the same grade in 2016.

Rory Higgins – The Rathnure native lined out at corner forward last weekend and is a Wexford Senior Hurler. Scored a worldie of a goal in the Quarter Final win over NUIG.

Shane Phelan – The sixth and final Laois man on the panel. Castletown’s Phelan is also a capable footballer lining out at midfield in the clubs run to the Laois Junior Championship Final in 2019.