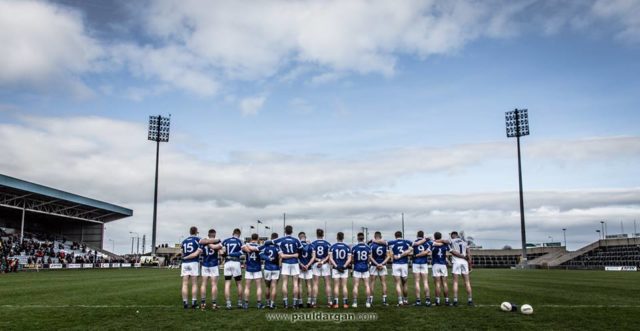 After a seven-day delay, the Laois senior footballers are set to face Cavan this afternoon in Round 3 of the National Football League.

A win will leave Laois top of the table heading into the final four matches while a defeat will see them plummet to fourth from bottom with their opponents leapfrogging them.

The Laois team that is named is the same as the one that started against Westmeath two weeks ago. It means that Trevor Collins, who started the opening round game v Roscommon and has been a regular since making his debut in 2017, starts on the bench again.

Kieran Lillis is again named at full-forward though he moved between there and midfield last week while Mark Barry, who is named at corner-forward, and Colm Murphy who is at centre-forward are likely to switch again, as they have done in the last two rounds.

Not great. Laois last met Cavan in 2016 when they Laois were relegated from Division 2 – Cavan winning the Round 6 game in Breffni Park on a scoreline of 1-17 to 0-15.

Cavan also won the 2015 Division 2 clash between the counties in O’Moore Park when they triumphed 0-17 to 2-6.

What do we know about Cavan?

The reached the Ulster final last year for the first time in 18 years but they have been in Division 1 on a couple of times in recent years – though were relegated on both occasions.

They finished bottom of Division 1 last season while they were also relegated in 2017 as they yo-yo’d between the top two leagues having been promoted in both 2016 and 2018.

They lost their opening game of this year’s league when they were badly beaten by Armagh but recovered to beat Westmeath 1-17 to 1-13 last weekend.

They are managed by former player Mickey Graham, who took up the Cavan job after guiding Longford club Mullinalaghta to Leinster club glory in 2018.

They have been hit by the retirement of the long-serving Cian Mackey, the withdrawal of classy defender Killian Clarke, forward Dara McVeety and Niall Murray to injury. All four featured in last year’s Ulster final.

Goalkeeper Raymond Galligan has been hitting some of their long-range frees while the likes of Conor Brady, Oisin Pierson and Gearoid McKiernan are all fine footballers too. Padraig Faulkner is likely to pick up Evan O’Carroll in what will be a key battle. 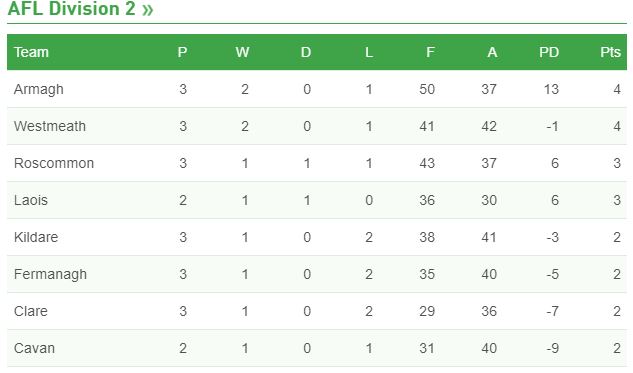 What is the Cavan team?

Sports editor of the Cavan-based Anglo Celt newspaper Paul Fitzpatrick has penned his preview where he reckons Cavan will win by three points though it’s worth noting that this was before the original fixture so things may have changed since.

Fermanagh’s Niall Cullen is the man in the middle. He hasn’t refereed Laois in recent years.

This is the only Division 2 game on this weekend. Last weekend, Armagh recorded a 0-16 to 0-10 win over Kildare

Elsewhere, Roscommon defeated Clare while Westmeath had a good win at home to Fermanagh.