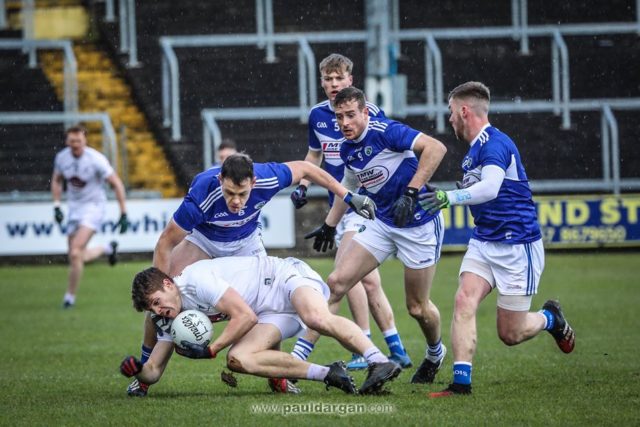 Laois senior football manager Mike Quirke says that his side were firmly second best as they went down to Kildare in MW Hire O’Moore Park yesterday afternoon.

The Kerry native was extremely disappointed with his side’s display and said that Kildare were far hungrier for the win.

He said: ” (It is) Very disappointing and that is the second home performance in a row that hasn’t been up to scratch.

“We are trying our best to get to seven points and get safe and that performance wasn’t anyway good enough to do that.

“We trained and prepared the same way as last week. I think a lot of it is mentality – they needed to win the game far more than we did.

“You could see that hunger. They were first to every break, they were winning our kick-outs and they were tough to break down.

“They played the conditions well and they were much the better team. We had more turnovers than attacks and you won’t win too many games doing that.”

Kildare scored the first four points of the game and that was the difference in the end as Laois could not get any closer to them than that margin throughout.

Quirke said: “Kildare were desperate for the win because they knew if they didn’t win today they were probably going to go down.

“And in these conditions, the team that is most desperate for the win generally gets it.

“We knew they would start well and that early start from them really hurt us in the end.”

While Laois only scored ten points, they did have a couple of good goal chances with Evan O’Carroll, Mark Timmons and Colm Murphy going close at different stages.

None of them managed to rattle the net though and this also cost Laois.

Quirke said: “We definitely had two good goal chances in the first half where we probably should have got something out of it and if we did then maybe things might have been different.

“But we weren’t good enough and our performance didn’t deserve anything from the game.”