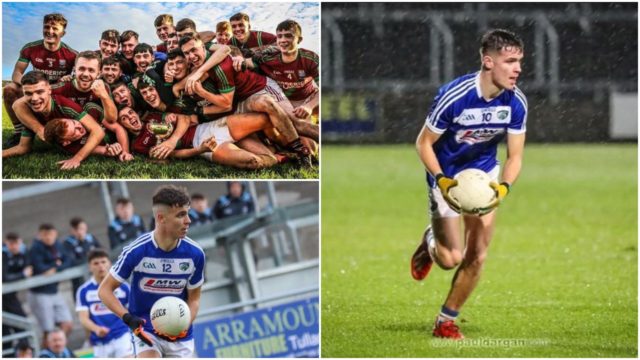 The Laois U-20 footballers are back in a Leinster final this Friday night when they face Dublin in Netwatch Cullen Park in Carlow.

The side are captained by Portarlington’s Ronan Coffey this year and he was an integral part of the team that reached the final last July against the same opponents.

Laois have had to come through two big games to reach the final – Westmeath and Kildare with the former ending in a penalty shoot-out.

Speaking ahead of the final, Coffey says captaining this side is a privilege and that they showed how together they are in the manner in which they won those games.

He said: “Eddie (Kinsella) named me as captain a few months ago and that was a real privilege for me.

“We have a Leinster final on Friday and while I’m the captain, we have 15 leaders in the team. We have all grown up on the same teams from U-13 upwards.

“There are two players (Damon Larkin and Darragh Galvin) who are a year below the age and the rest of us are all up to the age.

“So we are all leaders and of course we have the two senior lads too (Sean O’Flynn and Mark Barry) who add experience. So I just can’t wait for the final now.

“We’re a tight knit group. We went three points down in the quarter final in the second half against Westmeath and in that weather, a lot of people probably wrote us off but we didn’t.

“We kept fighting and obviously the penalties are all about luck but we still stuck them away and here we are.”

Last year, Laois were well beaten by Dublin in the final but Coffey is determined to put that right this time.

He said: “A Leinster final is a massive occasion but I think we just got caught up in it a bit.

“This year, we are a bit wiser as nine of us played in the final while I think just one of the current Dublin team was involved.

“But they steamrolled us in the end. 13 points is a big beating to get. But we’ll be back and better – don’t worry.”

The Laois U-20s take on Dublin in Netwatch Cullen Park at 7.30pm on Friday March 6.

SEE ALSO – Sadness at the passing of well-known Portlaoise man