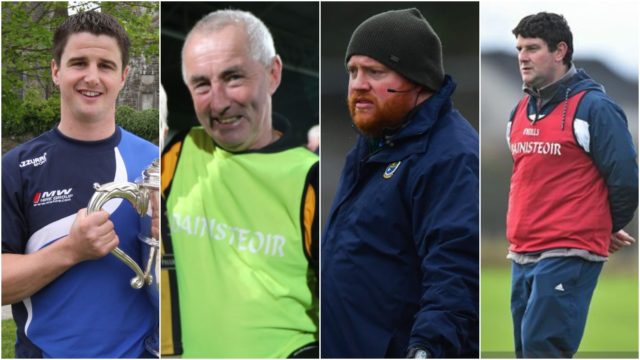 Six of the eight Laois senior hurling clubs will have new managers in place for the 2020 season.

Comerford played with the club for a number of years – and for Kilcotton prior to that – but has been Roscommon manager for the last couple of seasons and was previously involved with Galway club Portumna.

Camross have their fourth different management team in as many seasons as Tommy Delaney steps up to the senior role having guided the club’s intermediates to championship glory last year. As with last year’s intermediate team, he’ll again be joined by Fran Hogan and Damien Keenan as well as Paul Kavanagh.

Delaney, who is father of long-serving Camross senior player Dean. is a multiple championship winner with the club and a former Laois player.

He takes over from Brendan Lowry who did one year in the position having replaced Danny Owens from Offaly. Owens also spent one year as manager when he oversaw the club’s 2018 championship success.

He had taken over from Arien Delaney – who was in charge when they won the championship in 2013 and 2017 – and is now chairman of the club.

In Ballacolla, Declan Laffan from Tipperary – who was over his native Loughmore-Castleiney when they won both senior hurling and football titles – takes over from Canice Coonan while Ballinakill have opted for former player Jimmy Walsh.

Walsh’s own career has been cut short by injury but he takes over from Anthony Coffey having been a Laois minor selector last year and played for Laois himself for many years.

Abbeyleix have also opted for an in-house appointment with Lorcan Mahony taking over from Ballyraggett’s Kieran Delaney. Delaney was briefly in charge of the Laois camogie team at the start of this season.

Champions Rathdowney-Errill, who won their sixth title last year and will be looking to record back-to-back successes for the first time in 2020, will again be managed by John Delaney for what will be his third year as manager.

Castletown, who had a decent season last year with wins over Portlaoise and Ballinakill and gave Camross a good game in the quarter-final, will again by managed by Martin Carey from Gowran in Kilkenny, brother of Kilkenny legend DJ.

The full list of senior hurling managers for the 2020 season is: