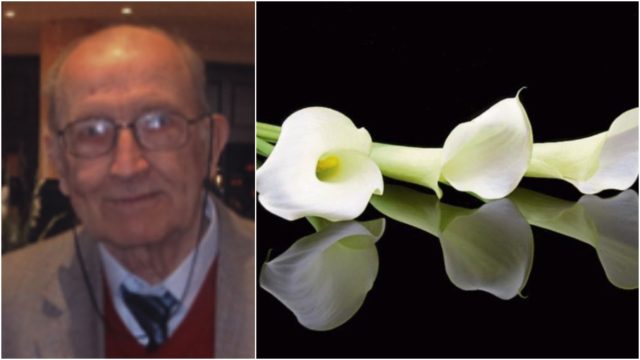 The death has occurred of William (Billy) Aird, the former Laois County Councillor and uncle of current Cathaoirleach of the same name.

Mr Aird, who was aged in his early 90s, was a Fine Gael councillor in the 1960s and the family also own Aird’s Hotel, a very popular establishment on Main Street in Portlaoise where O’Loughlin’s is now.

The hotel later became Henderson’s and the O’Loughlin’s in the mid 1990s before being bought by John and Sally McDonald from Kilkenny last year.

The hotel was a regular stop-off point for people travelling up and down the country and among those to have stopped there was the famous World boxing champion Sonny Liston.

Billy’s late wife Ann ran Aird’s Hair Salon at the bottom of Main Street close to Shaw’s, an area of town that also was home to other great instutitions of that era – Terry Redmond’s Photo Studio and the Wimpy Bar, owned by Murt Sullivan.

Mr Aird lived on the Dublin Road in Portlaoise. He is predeceased by his wife Ann and son Mark.

Reposing at his home on Wednesday from 3pm with recital of the rosary at 8pm.

Removal from his home on Thursday morning to SS Peter and Paul’s Church for Requiem Mass at 12noon. Private cremation on Friday.

Family flowers only. Donations if desired to the Irish Cancer Society.