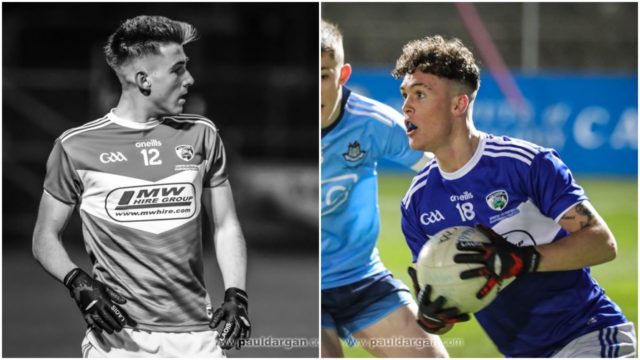 The Laois U-20 footballers saw their season ended by Dublin in Netwatch Cullen Park on Friday evening.

Eddie Kinsella’s charges were beaten by 10 points in the end as Dublin proved too strong once again.

For the second year running, St Joseph’s defender Dean Brophy saw his side defeated by the Dubs. And he had no complaints.

He said: “It’s tough being back here again but they were the better team on the day. We got a run on them at the start but we took the foot off the pedal then.

“We have a lot of lads on this panel who will be there again next year so hopefully they can drive it on again.

“Two Leinster finals in a row is a great achievement and it is just a pity that we couldn’t get over the line this time.

“But hopefully this is a good sign for Laois and hopefully the lads coming behind us can drive it on further next year.”

Laois had two goal chances at the end of the game – a missed Mark Barry penalty and a wayward Alex Mohan effort – but Brophy wouldn’t attribute any blame to the pair.

He said: “These things happen and had we taken those goals, maybe things would’ve been different.

“But there was more than that in the game and you can’t just blame those chances.

“Hopefully now a couple of the lads that have shown well here throughout the year will get their chance with the seniors now in the coming months.”

While Portlaoise forward Damon Larkin said that his side just couldn’t compete with Dublin’s conversion rate.

The victors scored 18 points and had just two wides over the hour – a 90% accuracy rate.

He said: “I thought that Dublin brought serious intensity from the start and their conversion rate was unreal. Did they even miss? It was incredible.

“I think the better team won. We went three points up in the first ten minutes and could’ve pushed on a bit but it wasn’t to be.

“We didn’t get any luck but we will be back again next year.”