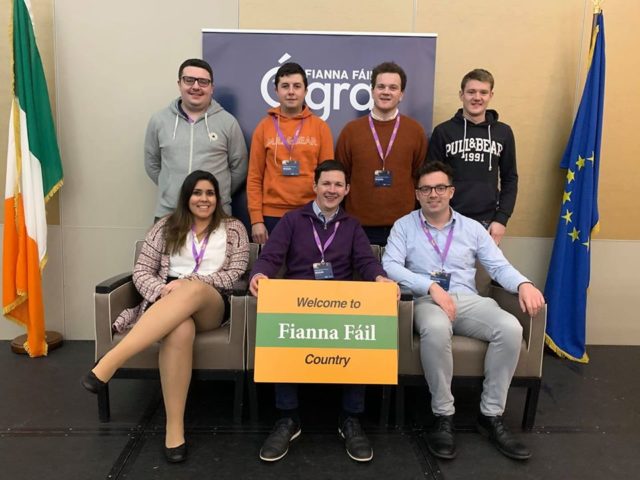 The youth wing of Fianna Fàil is opposed to the party entering a government coalition with Fine Gael.

A statement by Laois Ógra PRO Jessica Canisales outlined: “At a meeting of Ógra’s national council earlier in the month, delegates from all over the country voted to oppose Fianna Fáil entering a coalition with Fine Gael.

“This was the first opportunity members have had to discuss the potential coalition between the two parties, and we have rejected it.

“While this vote may not be binding within the party, it is a clear indication that members are not in support of this option.

“In the recent election, our members campaigned for a change of government.

The party ruled out a grand coalition with Fine Gael prior to, and throughout, the election.

“The charge that is often made against our longer serving members, that Fianna Fáil’s opposition to Fine Gael is due to civil war politics, cannot be made against Ógra members. We must stand up for what we believe to be right, and I am firmly of the belief that this is the right course of action.”

Chairperson Thomas Foy was at the meeting and spoke on behalf of the Laois organisation on the issue, saying:

“We judge Fine Gael on their actions, or more accurately their inaction.

“The scandals that Fine Gael have presided over such as cervical check, the National Children’s Hospital over-run and the housing crisis are damning.

“We cannot reconcile the neglect the country has endured under Fine Gael in government; almost 10,000 people homeless, rents spiralling out of control, a crisis in our health service and inaction on climate change.

“The prospect of returning Housing Minister Eoghan Murphy or Health Minister Simon Harris to the cabinet table doesn’t sit well with us.

“We have to look at the facts of what a Fine Gael government has meant for Ireland and Laois, and we have decided that we cannot in good conscience accept more of the same.”