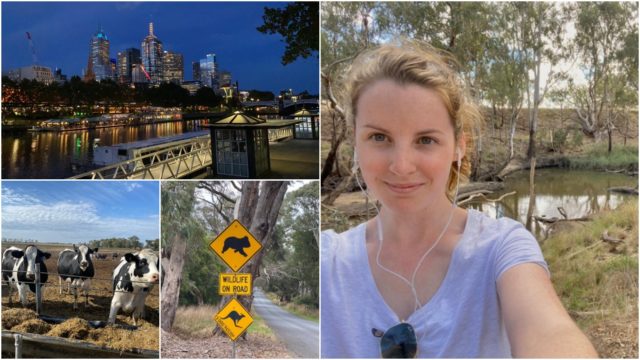 It seems like a life time ago now. Having worked as LaoisToday’s photographer for the past three years, Julie was sorry to be missing out on being around for the General Election campaign and the count itself.

The memories of last year’s dramatic Local Elections were still fresh and the experience of covering a General Election would have been one to look forward to.

Julie had thoroughly enjoyed her busy photography role, visiting almost every community in the county over the last couple of years and being a constant presence at all of the big local events.

But she’d a desire to go travelling too, to see some of the world.

First stop was Melbourne, where she stayed initially with her neighbour from home Imelda Corcoran who has been living in Australia for almost 20 years.

After getting a job in the very popular Irish bar PJ O’Brien’s in Melbourne and an apartment in the Elwood Beech suburb, it wasn’t long before things started to change.

As the Coronavirus pandemic spread rapidly across the world, she was let go from her job in PJ O’Brien’s and with the job gone, she wasn’t in a position to stay in Melbourne either.

Instead, she moved to Rochester, a small town about two hours north of Melbourne in country Victoria. Though rural and remote, it’s home to Julie’s first cousin Emma Miller, who is married to Tom Acocks. The couple live and farm there with their two young children Bill and Ailbhe.

Milking over 1,000 cows, it’s a busy dairy farm with a number of employees and Julie will work there for the next three months, something that will allow her to extend her visa in Australia if she so wishes.

It’s hot (with temperatures in the mid to high 30s every day) and it’s dusty and as well as plenty of flies and lizards, there’s also snakes to contend with.

“There’s two hurls at the back door but there’s no sign of a sliotar anywhere,” laughs Julie. “The hurls are for killing the snakes!” 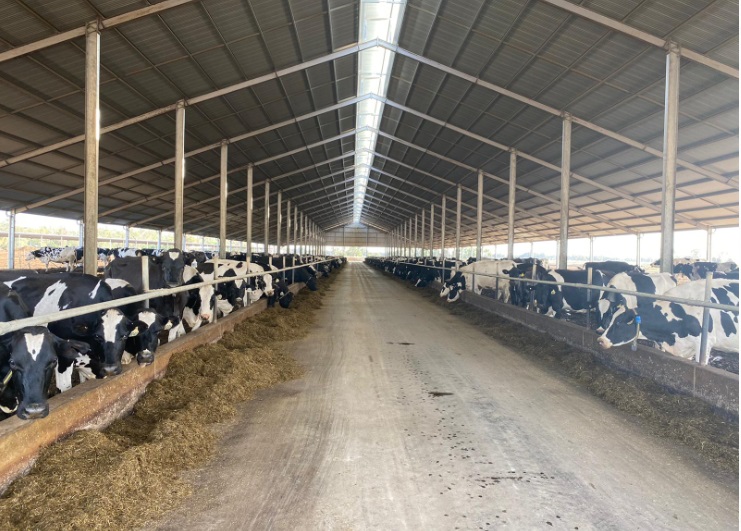 “I was really beginning to enjoy Melbourne and was hoping to get a job in sales and marketing so it was tough to have to give it up. But I know I’m one of the lucky Irish ones in that I’m able to get work and a place to stay. So many Irish have lost their jobs and it’s costing thousands to get home – if they can get home.”

As part of our series chatting to Laois people living around the world amid the Coronavirus pandemic, we caught up with Julie to hear how she’s getting on.

I’m based in Melbourne Australia, I was living in the city and working in the city part time in a bar while also applying for other job roles in Marketing and Sales. I’m now living up north of Melbourne in Rochester having lost my job due to the coronavirus and giving up my apartment in the city.

Up until only about a week ago it was all fairly normal over here. The city got quieter and quieter gradually but there was no panic or drama it was all relatively relaxed.

The city of Melbourne had become very eerie very quickly. This weekend just gone however reality quickly kicked in for a lot of us. I lost my job along with many others and people were having to make decisions very quickly as to what to do with themselves. As of now it is a shambles for a lot of people. People can’t get home, flights cancelled, airlines charging over 10,000 (dollars) for a one way flight home. It’s a disaster. 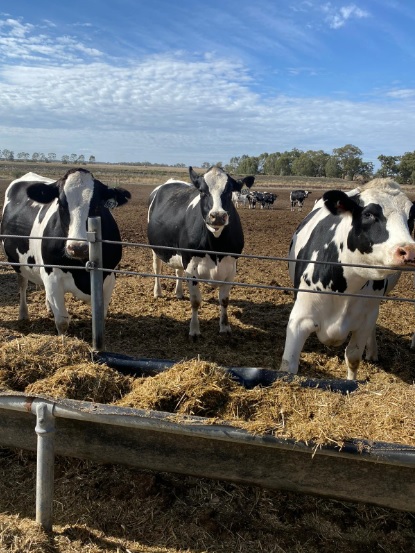 Do you know of anyone that has been effected by the Coronavirus?

No, not as of yet anyways.

What measures have authorities taken where you’re living?

Everything is shut as of yesterday here in Australia. It still isn’t quiet as crazy as it is back home. I reckon we’re about a week behind Europe at the moment. There’s strict rules in place regarding grocery shopping etc. All borders have been closed off and flights have been cancelled.

Do you feel people where you are are taking it seriously enough?

How has it impacted on your arrangements?

Well losing my job was the start of it all, I had a lot of travel plans arranged for the month of April which now won’t be going ahead.

I had to move out of my apartment in the city because I couldn’t afford to keep it with no money coming in.

And I found myself having to make big decisions very quickly before a lockdown took place and before I knew it I was living on a farm two and half hours north of Melbourne in the very rural area of Rochester.

I had thought seriously about coming home, I was still settling into life in Australia I was beginning to start to properly enjoy it all and then all this uncertainty hit.

The worry about running out of money over here now with no job, what’s going to happen back home, how will things get back going business wise for my family, what if something happens to someone back home and I can’t fly home. All these thoughts I didn’t know what to do. And all this chaos happened very fast so I had to make a decision fairly quickly as to what my plan is going to be.

Since making the decision to stay in Australia I am much happier with the decision I made. I am much luckier than a lot of my friends who have had no choice but come home. I am in one of the best situations more than anyone right now so for now I’m going to do my farm work here in Australia for the next three months which will grant me my visa for a second year in Australia.

I can have the option to stay on next year to get the chance to do the things I won’t get to do this year over here now given the circumstances.

Initially when I moved over here I said I wouldn’t be doing my farm work because I was only commited to doing one year over here and I was eager to get back to my job in LaoisToday. The plan was to be home for Christmas. But god knows where I’ll end up or how long I’ll be away now.

I’m using WhatsApp a lot to keep in touch with everyone I’m close to. With the time difference over here compared to home it’s much easier to text and send voice notes over WhatsApp. I FaceTime and speak on the phone to my family pretty much everyday

Is there any positives that you see coming from this?

I genuinely hope all this changes people’s perspective on things and we all start to appreciate things more. I think it will make people want to make more of an effort for making time for each other.

Have you found yourself doing things now that you wouldn’t have done previously?

Not so much, being totally honest it makes me miss home a lot more and how much I really miss what I used to do. Reflecting on the life I had back home going from event to event meeting hundreds of people every week taking photographs at schools, matches etc.

It’s all very surreal that only a few months ago I did that and loved meeting people all the time. And now I’m in the outback, not having a clue what I’m at or where all this will lead me in the future!