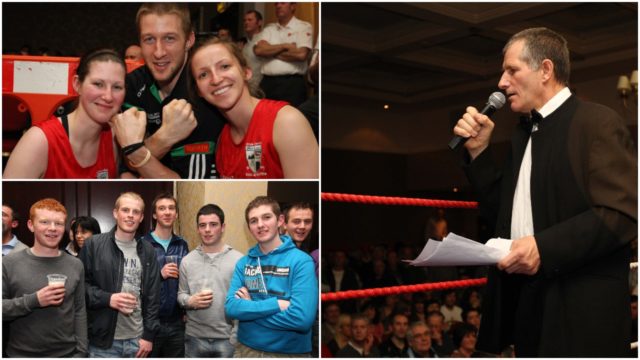 The ballroom of the Portlaoise Heritage Hotel now the Midlands Park Hotel was transformed into a Las Vegas style boxing arena on April 1 2011.

The GAA club overcame their rugby opponents to be victorious on the night.

Mark Sherlock and Eoin Browne proved to be one of the best fights of the night.

As each fighter was introduced and out to his or her own specially chosen area, MC Jimmy Keegan kept the crowds entertained with his yarns and jokes.

The fundraiser exceeded both clubs expectations with crowds flooding into the ballroom that Friday night.

SEE ALSO – Leinster Final Memory: Rising Offaly get the better of Laois in 1981