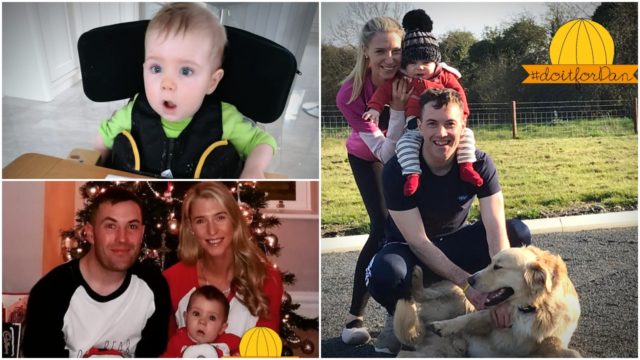 Park-Ratheniska, both men and women footballers, and Colt-Shanahoe hurlers have launched separate fundraisers.

On Easter Sunday, Park Ratheniska men and women are going to collectively run 300km in one single day.

So far, they have raised almost €3,500 on a Facebook fundraising page.

A post on their Facebook page explained: “Our adult footballers have decided to run a “300k in a day” challenge in order raise awareness & vital donations for Do It For Dan.

“On Easter Sunday they will collectively run 300km in order to raise funds at a time when fundraising efforts have to be creative.

“Mindful and respectful of the restrictions currently in place we have decided to run 300km on Easter Sunday.

“Each player will map out (within 2km) their own route and will choose to do either a 5km or 10km run.

“They will keep you posted daily with their preparations up until ‘Race Day’ and will post a picture and time of their final run on Easter Sunday.

“Please help out in any way that you can with donations, any donation big or small will help Dan to achieve his goal.”

Meanwhile, Colt-Shanahoe are aiming to run or walk 1,000km.

Colt-Shanahoe PRO Nathan Dunne said: “We at Colt-Shanahoe GAA are running a virtual fundraiser for the Do It For Dan campaign.

“Our goal is as a club to walk/run 1,000km. We hope to reach this goal as soon as possible.

“All our participants need to do is send details of their distance to our page each night.When we achieve this goal we as a club are going to donate money to the campaign.

“Of course there is an option for people to donate through us if they feel like doing so.”

The reaction to the fundraiser has been huge with €562,000 raised so far from more than 17,000 different people.