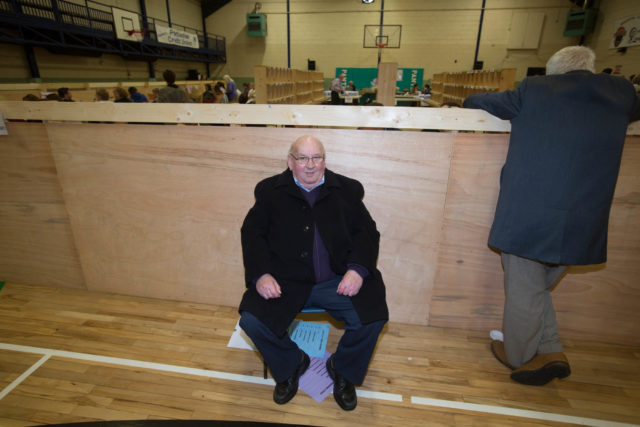 The death has occurred of Joe Conroy from Rosenallis, a man who made a lifetime contribution to the local GAA club and community.

Fondly known as ‘The Barber’, he was a painter by trade. He was an ever-present at Rosenallis games over the years and held almost every position in the club at various stages.

At the time of his death he was vice-president while Joe also served as a Laois senior hurling selector. He was a huge supporter of Laois GAA.

Indeed the family have made a huge contribution to both Laois and Rosenallis GAA over the years.

His son Declan represented the Laois senior hurlers for many years while also he also managed Rosenallis to the Laois intermediate hurling title in 2016 while his son Joe was involved with the Laois U-16 camogie team that won Leinster honours last year.

Joe was in O’Moore Park last year as Rosenallis won both intermediate football and Senior ‘A’ hurling titles, meaning they are currently the only dual senior club in the county in 2020.

He was also a keen political observer and a regular attendee at various election counts over the years.

Joe passed away peacefully at the Midlands Regional Hospital in Portlaoise.

He is predeceased by his dear brothers Sean and Liam and his fond nephews John and Noel.

In accordance with Goverment and HSE guidelines Joe’s funeral will be for his immediate family only.

Teresa and family very much look forward to celebrating a memorial mass for Joe as soon as the pandemic has cleared and they want to thank you for your kind understanding.