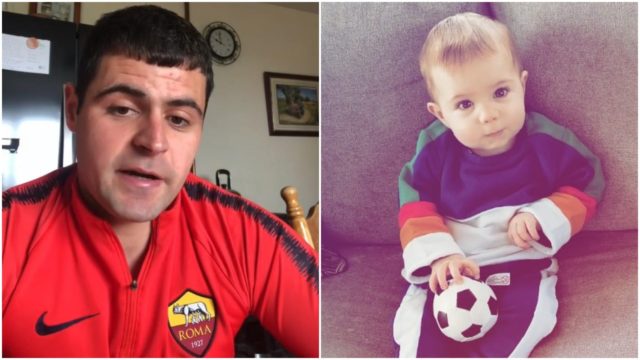 This is a simple but an absolutely brilliant fundraising idea for little Dan Donoher – which has already raised almost €5,000.

Courtwood man Brian Hogan, using his own Instagram and Snapchat channels, has come up with a fundraiser for ‘Do It For Dan’ using the National Lottery.

The premise is very simple. Every Saturday night, the draw for the National Lottery takes place on RTE One around 8pm.

The drum contains 47 numbers and for the main Lotto draw, six of them are called out with a bonus ball making seven.

So Brian is offering you the chance to pick your own number out of the 47 that are available.

Once you choose your number on the sheet, that number is yours and can’t be chosen by anyone else.

Entry is €20 and the winner will receive €300. While Brian will donate the remaining €640 straight to the Do It For Dan fund.

So far, Brian has filled up seven sheets meaning that he has managed to raise €4,480 for Dan.

He hopes to fill up several more sheets before the draw on RTE this evening and raise as much money as possible.

Anyone who wants to enter and buy a number from Brian can do so by contacting him on Instagram or Snapchat.

His username for both is @hoganbrian93 and the €20 can be sent to him via Revolut or bank transfer.

Brian said: “This is a fundraiser with a bit of entertainment. Nobody can have a bet or have a drink so this is something you can do that will help a little boy in the process.

“We have had an unbelievable response so far with people, mainly from Courtwood, O’Dempsey’s, Emo, Portarlington, Gracefield and Bracknagh, getting involved.

“So it would be great to see people from all areas putting €20 to this and helping Dan Donoher while maybe winning a few euro for themselves in the process.”

20 euro, pick a number 1-47,(940 raised per sheet….. 300 winner, 640 do it for dan)….. could everyone give it a share ask your parents would they like to enter or anyone else not on Instagram and spread the word fast for a great cause, you can revolut, bank transfer or drop the money to the door

The reaction to the fundraiser has been huge with €618,000 raised so far from more than 17,000 different people.