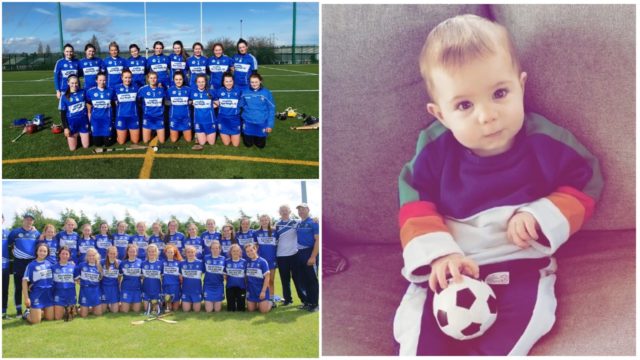 The Laois Camogie intermediate and minor teams have seen their seasons cut short at the moment by the Coronavirus.

However, they are coming together, while staying apart, to launch a fundraiser for little Dan Donoher.

On this Friday April 17, they will join forces to do a 200km solo run to raise money for Dan.

Over 40 girls will take part and they will each run 5km while soloing a sliotar on their hurl.

They have set up a GoFundMe page and hope to raise as much money as they can.

They say: “In an aim to help raise funds for little Dan Donoher, the Laois intermediate and minor camogie teams have come together and decided to do a 200km solo run for Dan on Friday April 17.

“Over 40 girls will complete a 5km run while soloing the ball on their hurl throughout the run.

“Due to the restrictions placed on us by the government all girls will be completing their run within a 2km radius of their house.”

The girls are the latest members of the GAA community to step forward to help the one-year-old.

Yesterday, the Laois senior hurlers and 11 different GAA clubs launched their own fundraisers which have all gathered real momentum.

The reaction to the fundraiser has been huge with €652,000 raised so far from more than 18,000 different people.