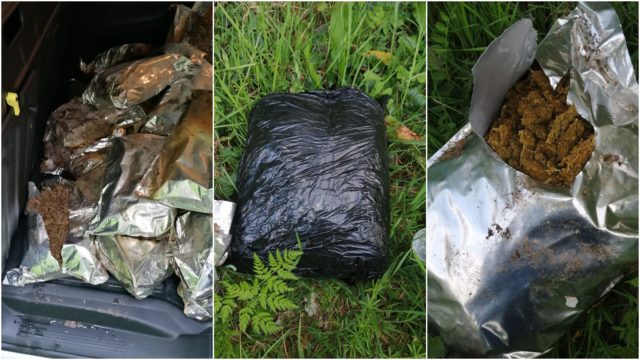 Gardai made a stunning discovery of over €1.2 million worth of cannabis herb in a ditch on the Laois-Carlow border yesterday evening.

2020 Gardaí from Arles and Ballylinan supported by Laois Divisional Drugs Unit located drugs with an estimated street value of €1.24 million (subject to analysis).

As a result of an intelligent-led operation, Gardaí recovered cannabis herb in a ditch along a secondary road on the Carlow/Laois border.

This seizure of 62kg of cannabis herb is believed to have a street value of €1.24 million.

According to a Garda press release, investigations are ongoing but no persons have been arrested at this time.

A male has been detained under drug trafficking legislation and a file is currently being prepared for the Director of Public Prosecutions.