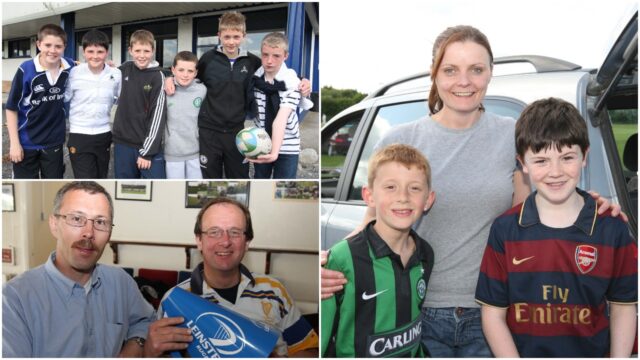 On 23rd May 2009 Leinster made their first appearance in the Heineken Cup final at Murrayfield Stadium in Edinburgh.

Leinster won the match 19-16, beating the Leicester Tigers of England.

It was a long-awaited first European title for the province.

A number of local fans were part of the 30,000 strong Leinster support in the Scottish capital.

Elsewhere, others gathered at Portlaoise RFC in Togher to celebrate the win.

Alf Harvey was there on the day and took some great pictures.