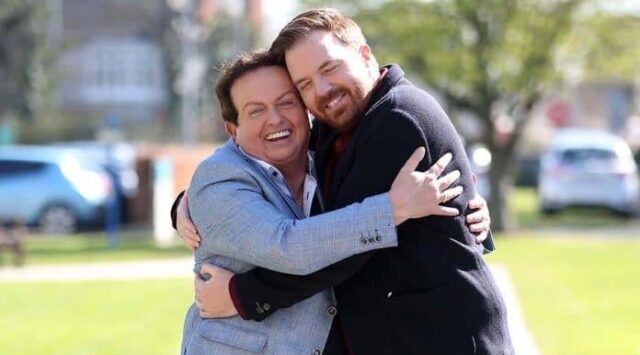 The duo, who became pals following their appearance on the 2018 edition of Dancing With The Stars, have been travelling around helping people in different organisations with fundraising.

In episode one, they teamed up with a Gaelic 4 Mothers & Others team in Dublin where they baked and sold 1,001 cupcakes with their faces on them and sold them at the All-Ireland club finals.

Then in episode two, Marty went home to Clare where we got to meet his mammy in the beautiful village of Kilrush.

The lads joined forces with the Kilrush RNLI and wrote a song about the work that they do before performing and then selling it in a local pub.

Tonight, it is the turn of Bernard to head home as he travels to his native Durrow.

This time, the Durrow Fire & Rescue Services are the focus of the fundraising efforts and they decide to help them by producing a calendar.

Check out a trailer to tonight’s episode below.

Catch episode one on RTE One at 9.35pm tonight.

Marty and Bernard’s fundraising idea for the local Fire & Rescue Service in Durrow does NOT go down well with the lads. Well, most of them. ???#MartyandBernard On The Road Again, tomorrow night at 9.35pm. @RTEPlayer pic.twitter.com/TvkRtswTLG