The huge housing development planned for the grounds of the old CBS beside the railway station in Portlaoise have gone on public display.

The news was confirmed at the May meeting of Laois County Council by Director of Services Joe Delaney in a presentation to Councillors.

Due to the Coronavirus, a new online facility has been established, which can be accessed by clicking here, where people can go on and view the plans in full until June 24.

They can also make submissions here while Mr Delaney also confirmed that postal submissions will also be accepted until July 8.

Cllrs roundly welcomed the new development with Cathaoirleach Willie Aird describing it as a ‘flagship for the town of Portlaoise’.

In a presentation to Cllrs, Mr Delaney explained how heads of terms of agreement had been reached with Adrian Developments, Cluid Housing Association and Laois County Council to proceed to this next stage of the project.

The housing units will be owned by the Housing Association, while the car park will be operated by Laois County Council. 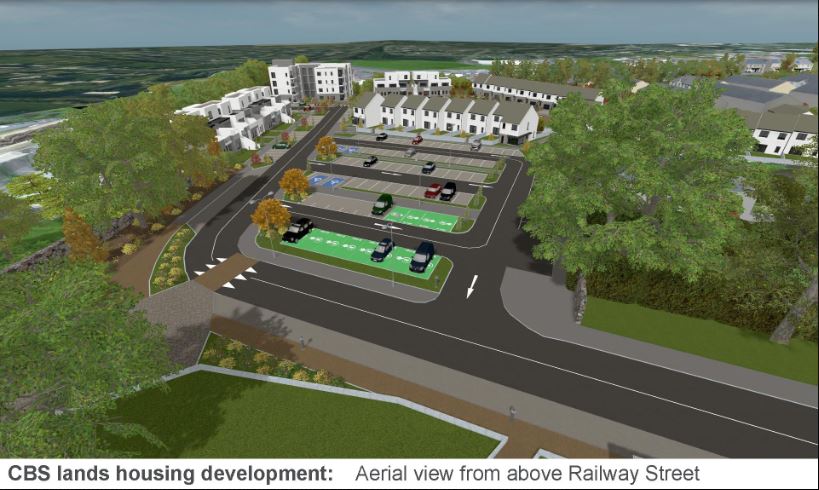 SEE ALSO – In Pictures: Laois prison officers complete remarkable marathon in aid of Do It For Dan