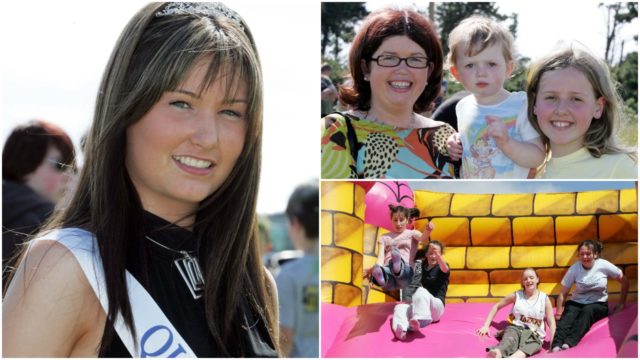 Rosenallis hosted ‘the greatest festival’ since the start of the event over 40 years ago, according to organiser Mick Clear.

“People came from all over” to lap up the atmosphere in the sun soaked setting of the Slieve Blooms that Sunday, June 26 2005.

Rosenallis witnessed the biggest turnout for the festival in 2005. People were basking in the sun during the great day.

The newly introduced archery also pulled in the crowds. The old regulars such as sheaf toss and tug o war didn’t let down either. With Rosenallis winning both events.

The Rosenallis guild of ICA were kept bust through out the day,providing refreshments to the large crowd. Many people took the opportunity to explore the beautiful walkways around them and taken in the breathtaking scenery.

All photos taken at this great day out are by Alf Harvey.