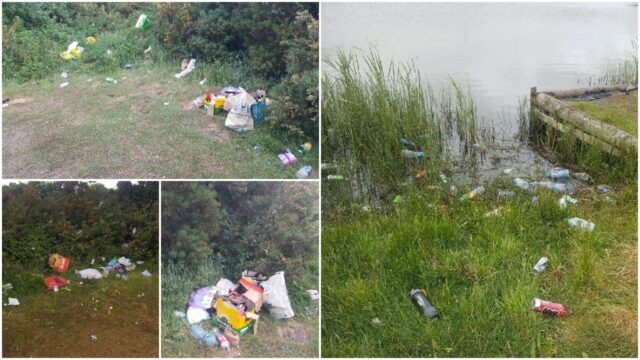 The good weather recently has seen the lake beside The Heath Golf Club become a hive of activity recently.

Groups of people have gathered there and many of them, with the temperatures stretching into the 20s, enjoyed a swim in the water.

On Bank Holiday Monday, the Derryounce Lakes and Trails committee which oversee the lake outside Portarlington were asked by the Gardai to immediately close the amenity in the interest of public health and safety.

Hundreds of people had gathered there to soak up the weather and Local councillor Aidan Mullins, who is chairperson of the committee, told LaoisToday that Gardai had advised the move as they were “concerned about the large numbers recently gathering at the lakes in breach of social distancing requirements and many are also in breach of the 5km travel restriction”.

The knock-on effect of that closure was that some of the people that would have gone there – went to The Heath instead.

And some of them left a right mess behind them with bottles, cans, broken glass and other rubbish discarded – some of which has now entered the lake.

A local who contacted LaoisToday with the below pictures, described it as a ‘disgrace’.

The maintenance of the lake, which is regularly fished by locals, falls under The Office of Public Works.

The Office of Public Works have been contacted for comment. 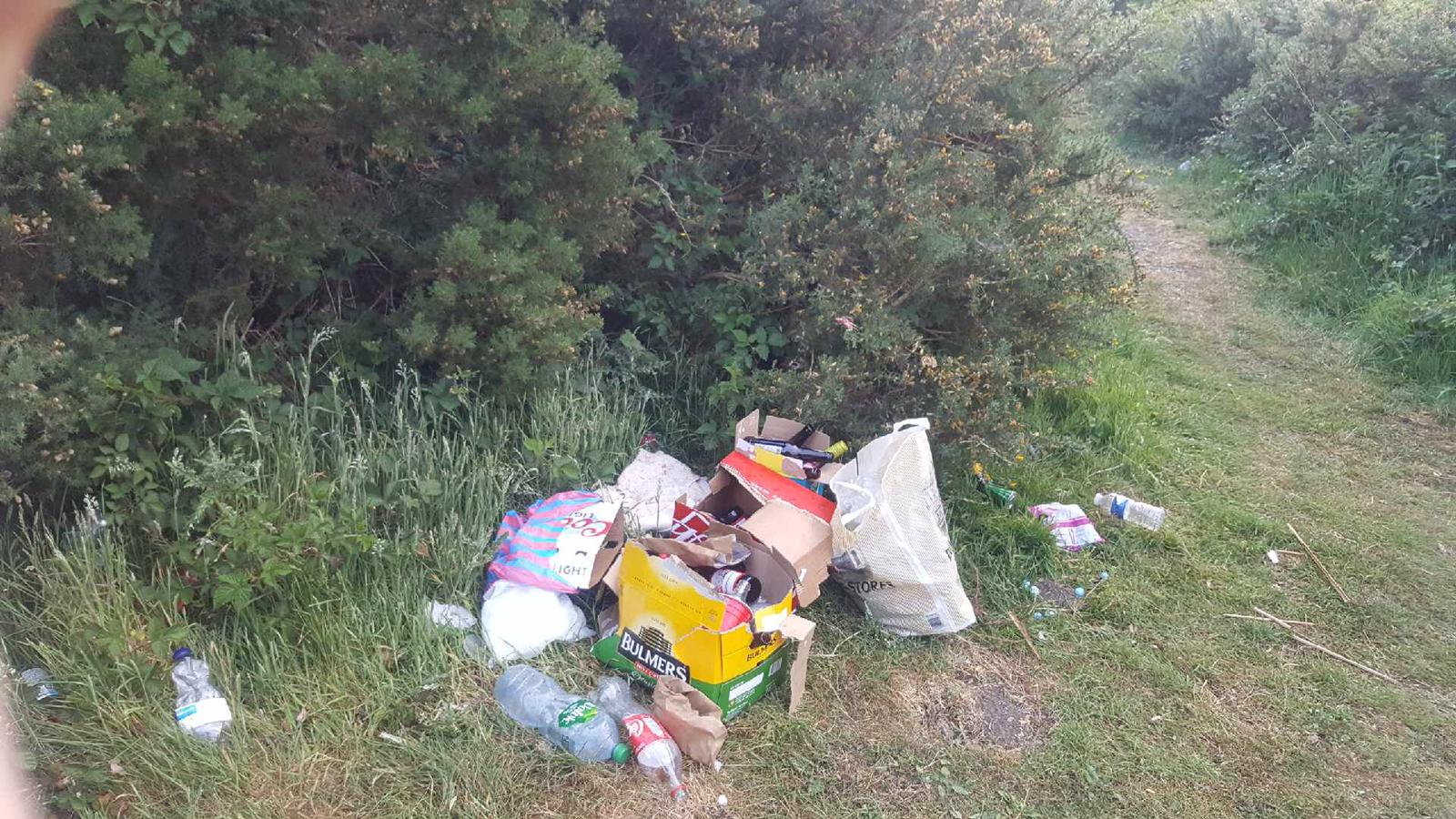 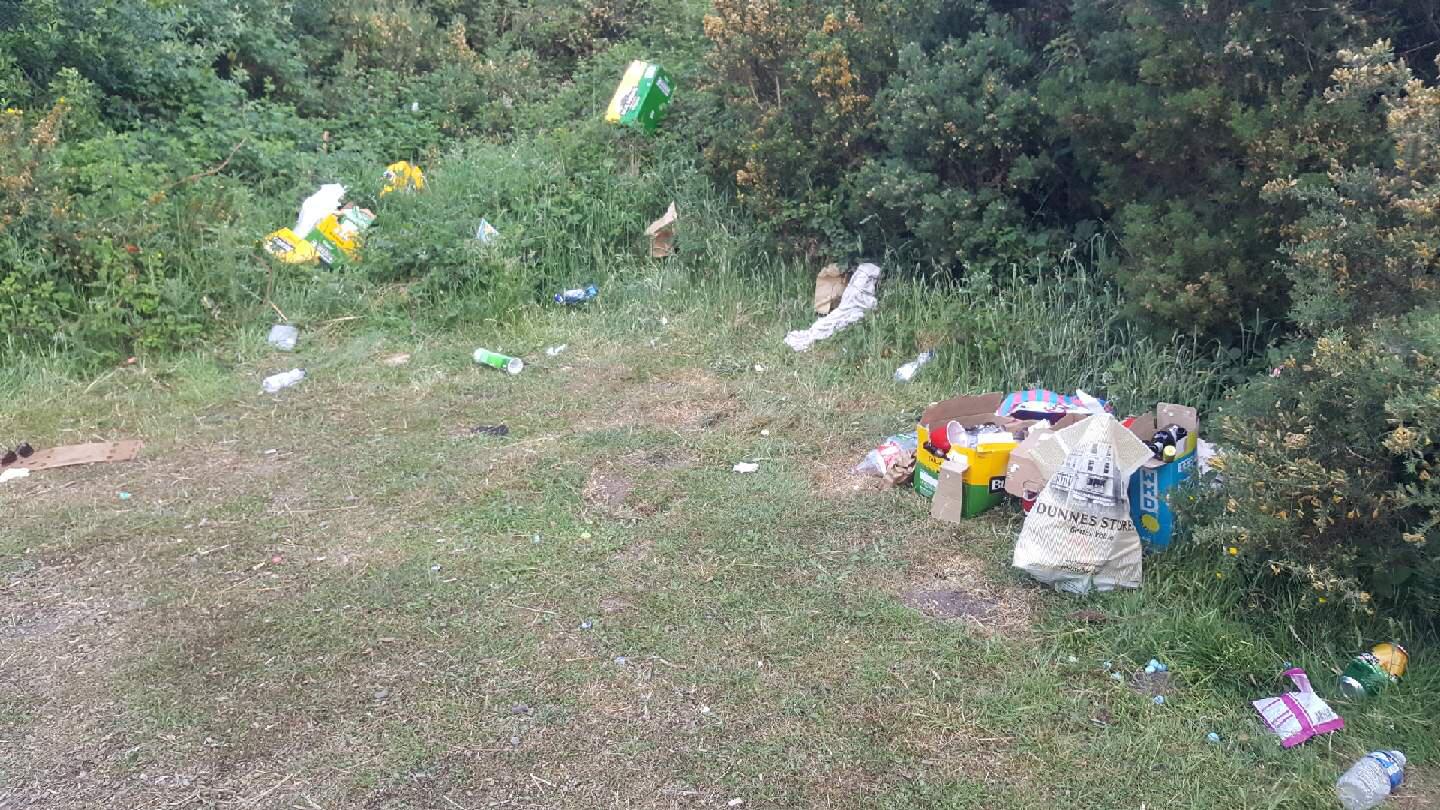 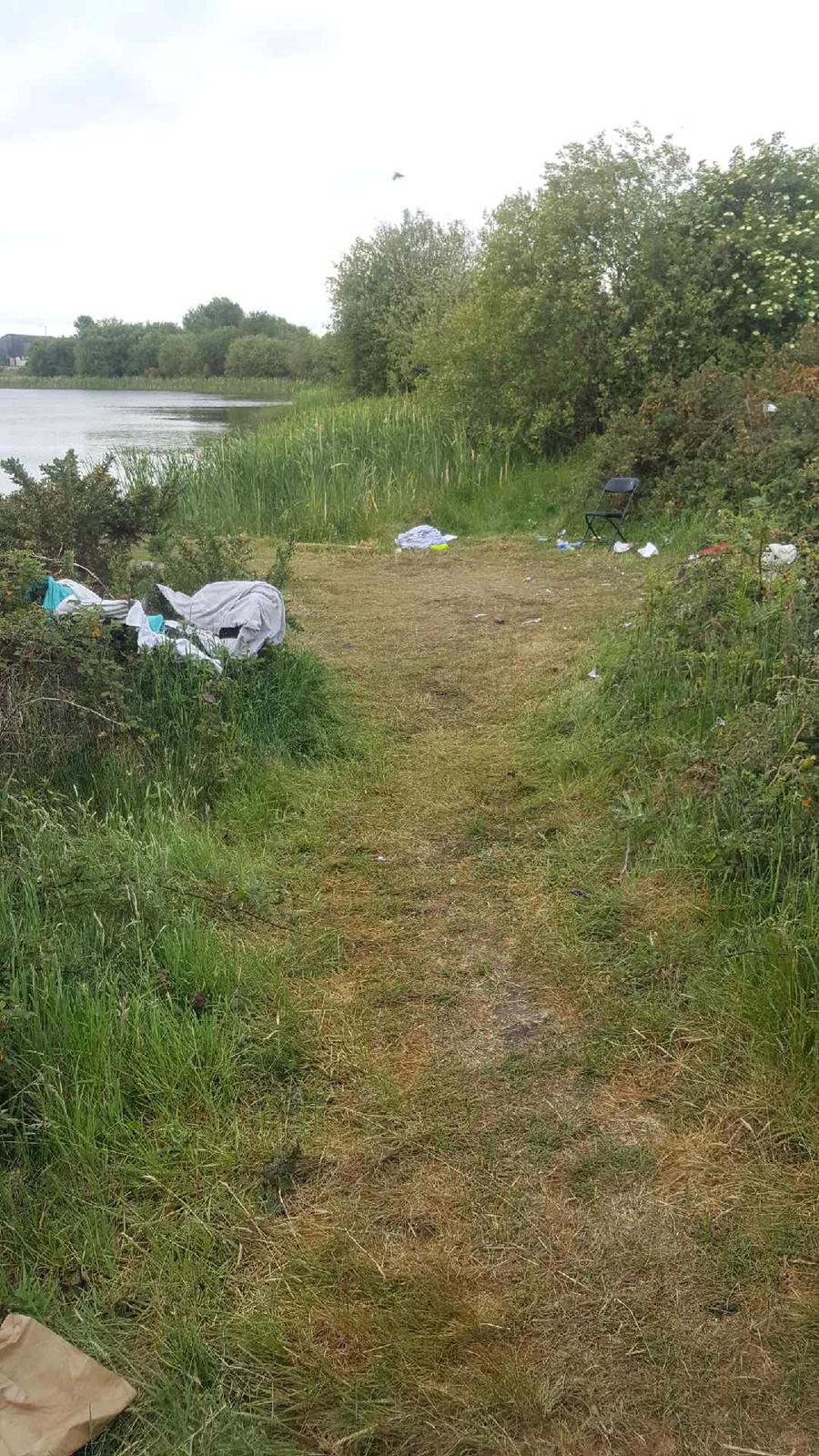 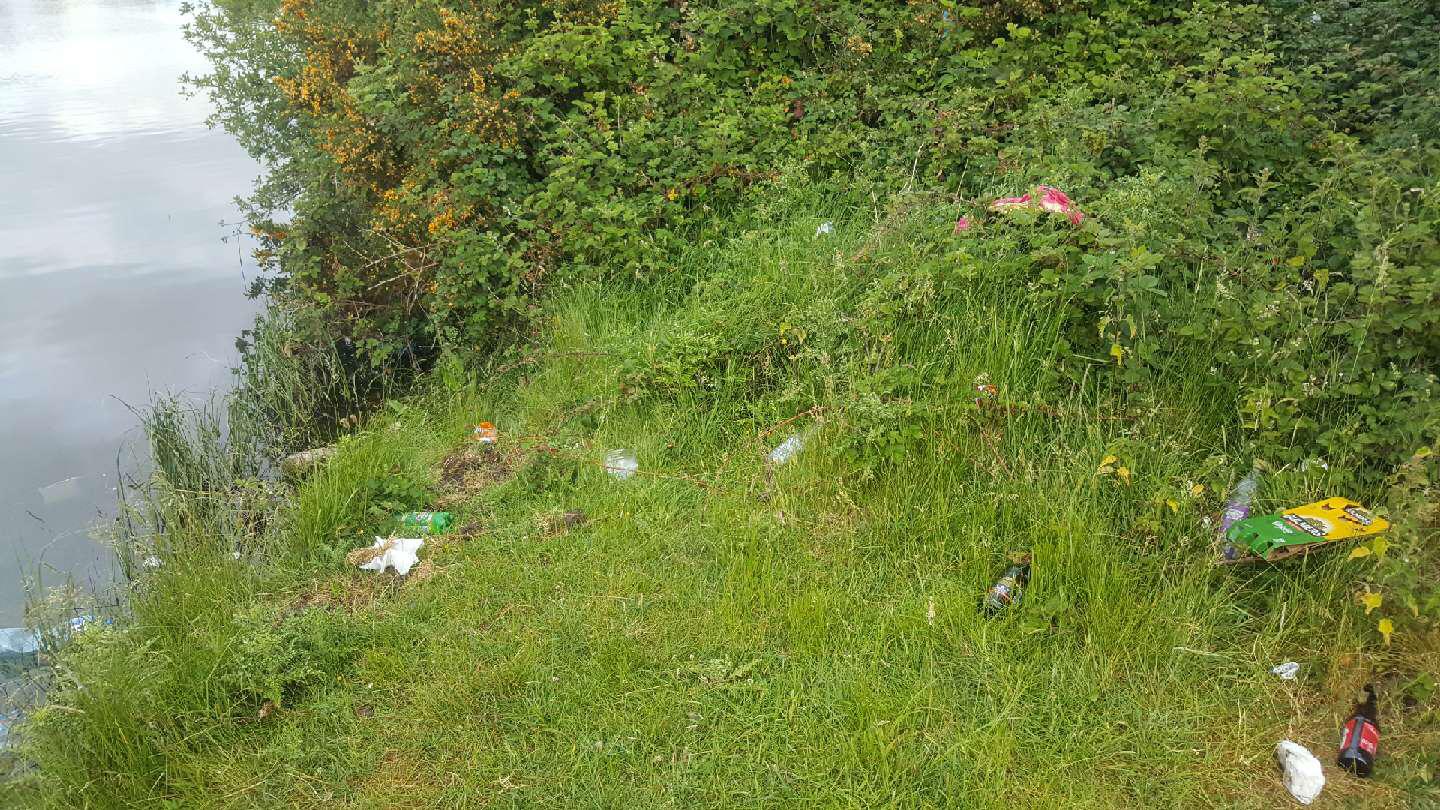 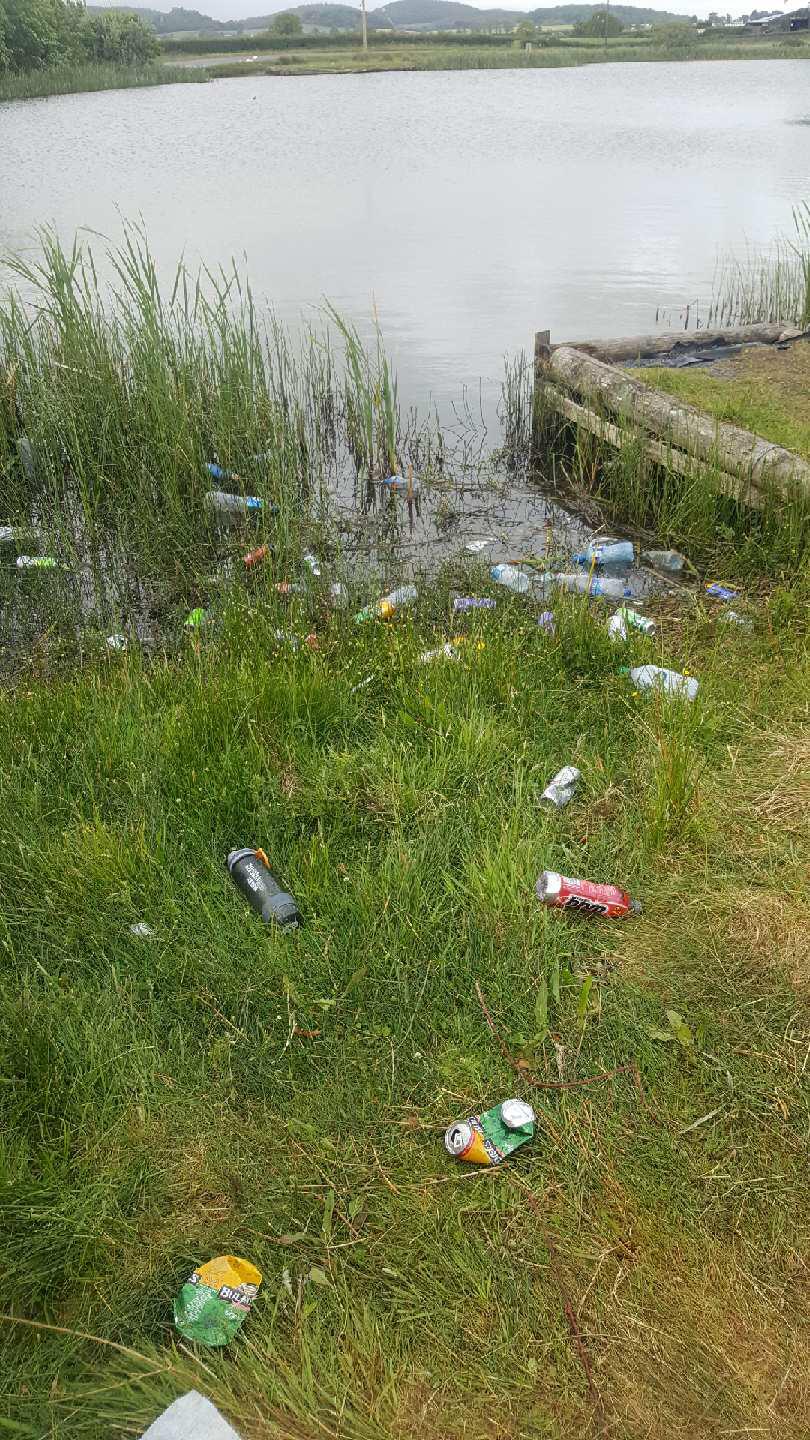 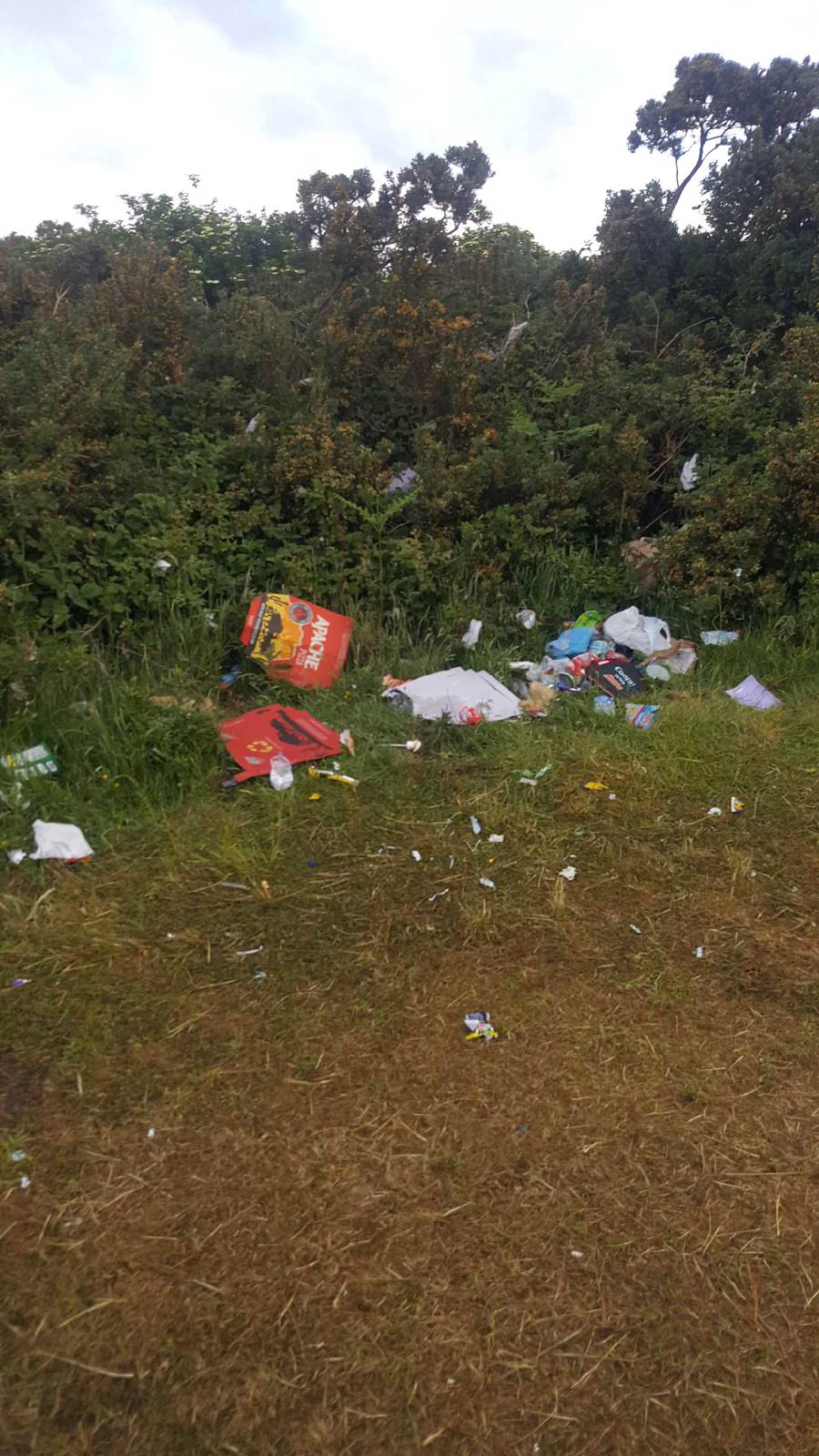