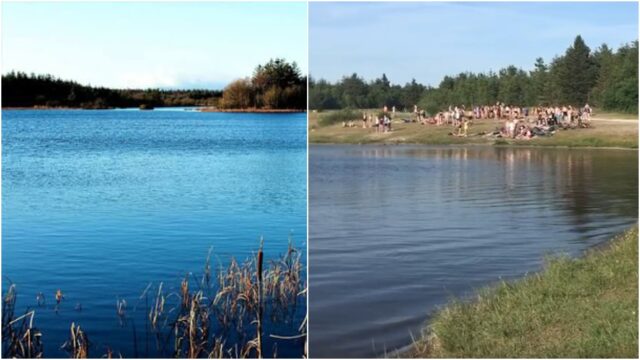 A popular local amenity on the Laois-Offaly border has been advised to close due to the large crowds congregating there over the weekend.

Derryounce Lakes and Trails committee which oversee the facility outside Portarlington have been asked by the Gardai to “announce the immediate closure of the amenity in the interest of public health and safety”.

Local councillor Aidan Mullins, who is chairperson of the committee, told LaoisToday that Gardai have advised the move as they are “concerned about the large numbers recently gathering at the lakes in breach of social distancing requirements and many are also in breach of the 5km travel restriction”.

“We are asking people to co-operate with us on this decision and to stay away from Derryounce Lakes for the immediate future.”

Social media was alive with photos and videos at the weekend with people at the lake – and many other facilities around Laois.

Cllr Mullins said many of the volunteers who help maintain the area had been out tidying up since early on Monday morning.

In all, he said they had filled over 30 large bags of rubbish.

Though he said there “wasn’t an ounce of trouble” at the weekend, it was “reckless and messy” and the committee had to take the Garda advice seriously.

They will be closing the gates and putting up signs and are appealing with the public to respect the closure.

Derryounce Walks and Trails are a valuable asset to the town and hinterland of Portarlington.

It is used by a wide variety of people including walkers, swimmers, anglers, and is maintained by a dedicated group of volunteers.

They are currently raising vital funds to help with its upkeep and are asking for support.

You can contribute to the fundraiser here.