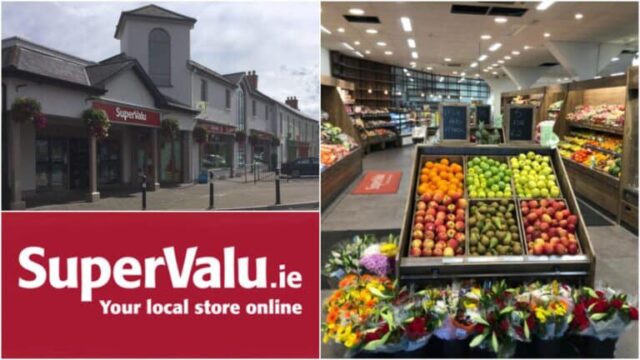 To celebrate their new look store and online shopping service, Breslin’s SuperValu in Rathdowney recently teamed up with LaoisToday to give away a €150 voucher.

The competition, run on the LaoisToday Facebook page, got a huge level of traction with entries flooding in from near and far.

We’re delighted to announce that Ciara Finane, from Rathdowney, is the lucky winner.

Thanks to all who entered – and congraulations Ciara!

Breslin’s kitchen are also introduced an instore bakery including brown bread, scones and apple pies all freshly made on a daily basis.

Much more instore including a bigger off license section, better convenience offer, Frank & Honest coffee and a brand new eco section where they carry a full range of environmentally friendly products.

The renovation included the replacement of all the old refridgeration with new CO2 plant which will reduce our carbon footprint significantly.

If you want to do your shopping online in SuperValu in Rathdowney, you can do so by logging on to SuperValu.ie