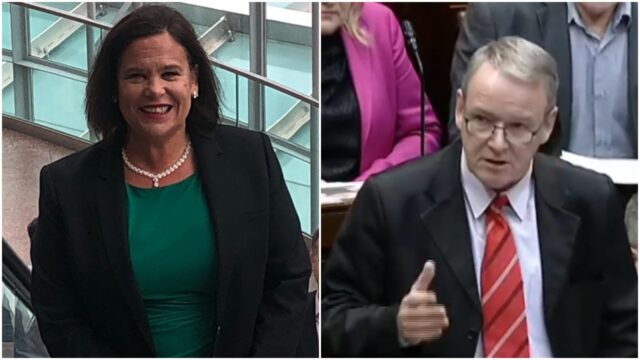 Despite topping the poll with a surplus of more than 5,000 votes, Brian Stanley has lost his position on the Sinn Fein frontbench.

The Laois TD topped the poll in Laois-Offaly back in February but he has been replaced as spokesperson for Agriculture and Marine by leader Mary Lou McDonald.

In an announcement made this afternoon, his position on the frontbench will be taken by former MEP Matt Carthy.

Although spokespeople certainly don’t have power like a minister or junior minister, they are their party’s representatives on a specific field and are often the voice that challenges their counterpart in government.

And with Sinn Fein now the leader of the opposition by a clear majority in terms of seats – the role was perhaps bigger than ever.

It once again means that Laois has been overlooked in this regard.

Neither Fianna Fáil TD Sean Fleming or Fine Gael’s Charlie Flanagan were included by their parties as Junior Ministers following the announcement of those roles yesterday.

Charlie Flanagan was Minister for Justice in the previous government so this means that in the space of a week, two of Laois’s three TDs have lost prominent positions within their own parties.

Sinn Fein named their 15 key spokespeople, plus the party whip and leader of the Seanad, during a press briefing this afternoon.