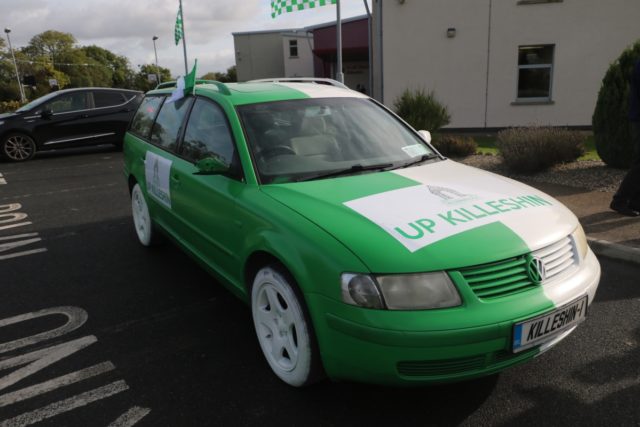 Killeshin GAA club have paused all activities for ten days, until Monday, July 27, following a close contact with a confirmed Coronavirus case.

Killeshin’s junior team played Old Leighlin from Carlow in a practice game on Monday evening with one of the Old Leighlin players subsequently testing positive for Covid-19.

As some of the Killeshing players are deemed close contacts, they must be tested for the virus.

Arles-Kilcruise also played Old Leighlin’s senior side on Sunday in a practice game when the player in question was also involved – though didn’t start the game.

At a socially-distanced meeting of the club this evening, Killeshin decided to pause all activities for ten days.

“Killeshin GAA would like to let our members know as a precautionary measure we have decided to press pause on all club activities until Monday July 27th,” they said in a statement this evening.

“This is a precautionary measure, as one of our teams has been in contact with a person who subsequently tested positive for COVID-19

“We in Killeshin GAA feel it sensible and prudent to temporarily close our grounds and suspend both underage and adult group activities.

“We will keep you posted on resumption of activities, and we remind you to respect the privacy of all involved. Thank you.”

Killeshin were due to be involved in the first competitive club game in Laois this Saturday against Ballylinan in the Kelly Cup semi-final.

Their return to activity comes just a couple of days before their senior side are due to play Emo in the opening round of the championship while they also have teams in the Junior ‘A’ and Junior ‘C’ championships.

Killeshin played in their first ever senior final last year when they only lost to Portlaoise by a point.

They will be without Laois captain of the past three years Stephen Attride for this year’s campaign as he is in Australia while Maurice Brown, who is now a selector with Laois, has been replaced as manager by former Kildare player Karl O’Dwyer.