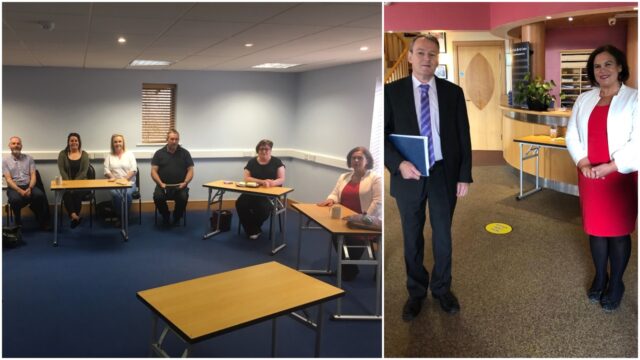 Sinn Féin leader Mary Lou McDonald has described the new Government as “chaotic” since they have taken power.

Speaking after she visited Portlaoise yesterday to meet union representatives of staff in St Fintan’s and the Midlands Regional Hospital, she said that “everything is last minute” under the Fianna Fáil/Fine Gael/Green administration.

“Everything is last minute – you can see that with the schools,” she told LaoisToday. “They are centrally confused, there is an incoherence there and they are continually sending out mixed messages.”

However, she praised the response in the early days of the Coronavirus pandemic and in particular “the wisdom of those who advised”.

“We are very lucky that Irish society was very cohesive and disciplined at the height of the spike of the virus.”

She said that among the many challenges facing the country now was that the hospital settings get “sufficient resources” for the coming months and are ready if there is a second surge that could co-incide with the winter flu season.

She met representatives from Siptu, INMO and Forsa unions from the two hospitals at a private meeting in the parish centre.

“The purpose of the meeting was to meet frontline workers, thank them for their efforts and to see could we learn from their experiences.

“They worked very hard in very busy and difficult circumstances. It’s important to learn lessons from what went well and what didn’t go well and how we can benefit from that in the weeks and months ahead if there is a second episode or second surge.”

Facilitated by Laois Sinn Féin TD Brian Stanley, she spoke with LaoisToday on the phone on her way back to Dublin. 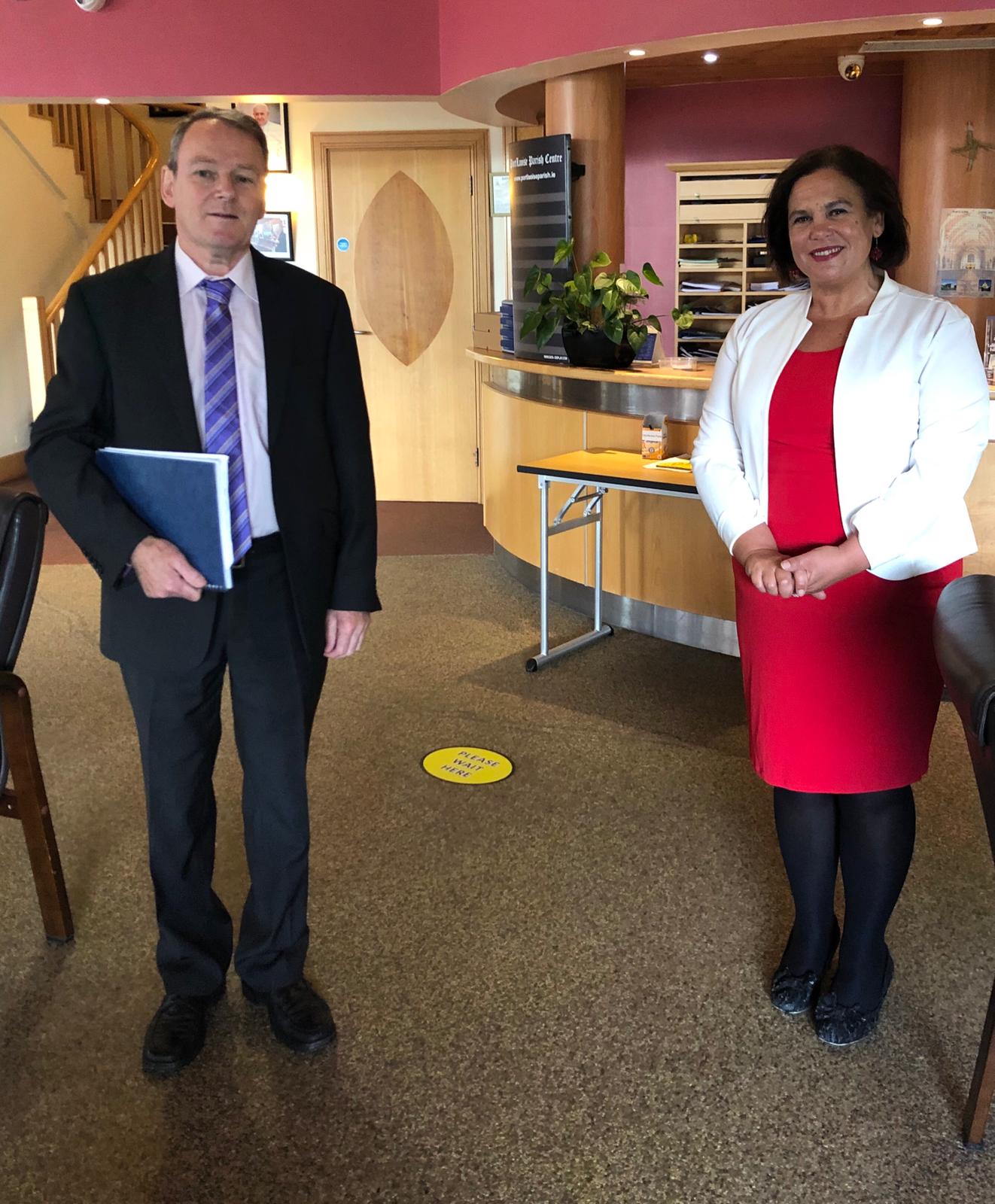 She was also keen to focus on the importance of “getting people back to work and keeping them in work” as well as “needing a stimulus to get community groups active again”.

“The likes of the community development groups and GAA clubs – they hold communities together.”

She also highlighted how a wide range of Mental Health services need attention and resources following the pandemic and the lockdown.

Commenting on the recent appointment of Brian Stanley as chairman of the Public Accounts Committee, she had high praise for the Portlaoise-based TD, who topped the poll in February’s General Election with more than 5,000 votes over the quota.

“He will chair the most important and powerful committee in the Oireachtas. He has very extensive experience and he is very steady and diligent, he works very hard and is meticulous in what he does.

“I had that job in mind for him from the start and he brings the right level of experience and toughness and he is dogged in his pursuit of things.

“Having served on the Public Accounts Committee myself I am well aware that you need a steady and determined hand.” 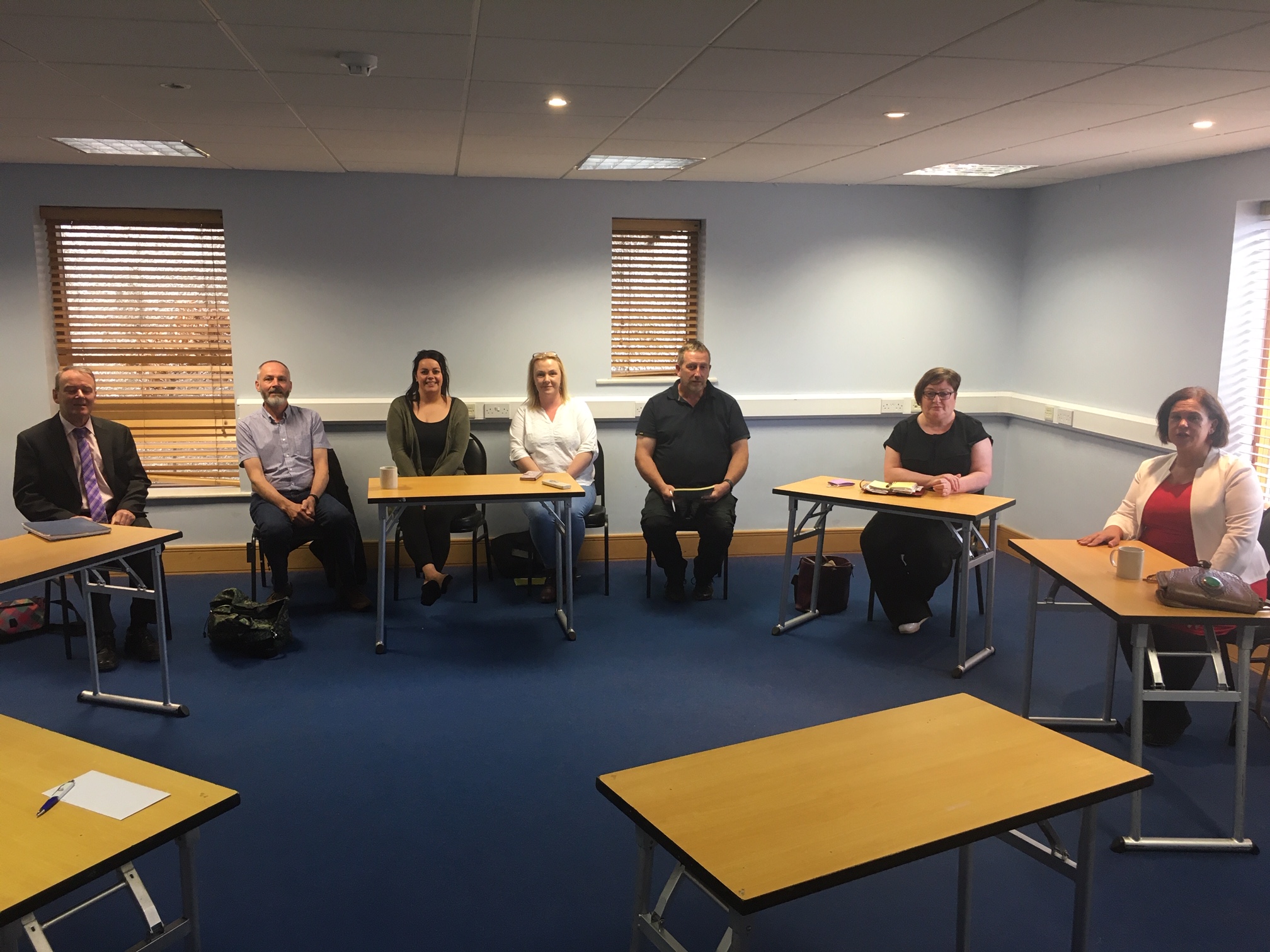 Looking forward, she said there is a “huge job of work” for Sinn Féin as the lead party of opposition but that they will continue “to present our policy platforms” and “convince people we are ready and able and bring a different approach” to Government.

She said that they have experienced “a boom in membership” since their General Election showing and have to be ready for the “the possibility if the not the probability of an early election”.