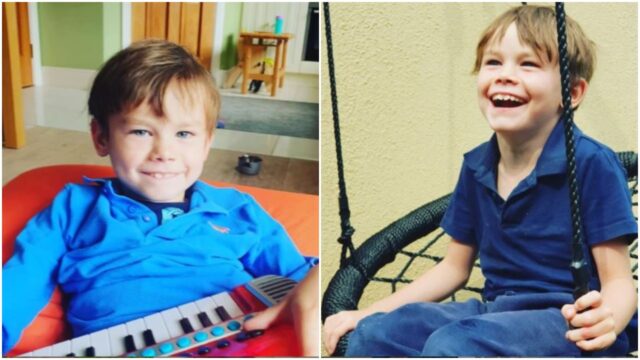 Less than ten months after a fundraiser was launched to help a little Laois boy walk – it has reached its €50,000 goal.

Eight-year-old Jamie Mannion, who hails from Portlaoise, will now have the chance to achieve his dreams thanks to the fantastic efforts of everyone involved.

Jamie is the second child of Siobhan and Declan and little brother to 10-year-old Ryan. The family have released the following statement.

They said: “We are so excited to announce that our fundraiser Jamie Wants to Walk has reached our fundraising goal.

“We would like to thank everyone who has supported us since we launched the campaign in October.

“A lot of work has gone into the campaign, however reaching our goal would not have been possible without you, the people who supported us.

“To everyone who donated either directly to us or supported an event, to everyone who ran and organised events, took part and attended events, shared our story and supported us in anyway we sincerely thank you. This would not have been possible without you.”

When he was five months old, Jamie’s parents began to notice that he wasn’t reaching his milestones and their journey to a possible diagnosis began.

They said: “Registration for the NAPA center opens in September and we are thrilled that we can register Jamie for his intensive therapy, we will have to think carefully about dates and hope that it will be safe to travel at the time.

“In the meantime we are lucky to have the support of the Napa Center on a satellite basis and we will continue to work through all of Jamie’s programmes to give him the best chance at walking.

“We were due to travel to the Brain Plasticity centre in April, which has been postponed, we will continue to monitor the situation in that state as assess what we will do moving forward.

“Our focus at the moment is continue to work on Jamie’s physical skills and the neuroplasticity programme that we have with the information we have at our disposal.

“We are acutely aware that this would not be possible without your support and we would like you to know that with that you have given a chance to a beautiful little boy to improve his independence.

“We are also aware that a lot of work is necessary to help Jamie gain that independence and we need as much support as possible.