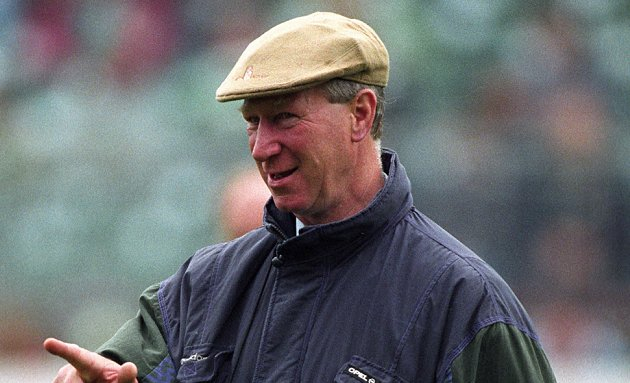 Jack Charlton’s recent death left many deeply saddened. An iconic personality, that won the hearts of the Irish people.

He made people believe in themselves. His cap. His fishing. His pint. His long ball. His mantra – “put ‘em under pressure.”

Big Jack was very different to Bobby. The poetry of Bobby contrasted with the prosaic Jack. He would have been impressed by Southampton at present. They play with heart and guts.

He also lived as if there was more to life than football. Jack was the strong centre half. His ‘black book’ summed up his tough and rough play.

He was a much better player than he appeared. His crude coaching was more subtle than it seemed. He became a symbol of hope and confidence in Ireland. Nothing was now impossible.

There was fun. There was the-devil-may-care outlook which was orchestrated. He was even credited with playing a part in the birth of the Celtic Tiger.

He had come from a mining background and had gone down in the mines himself. He spent his playing days at Leeds. Johnny Giles is still our man from Leeds. Lorimer. Hunter. Bremner and of course Revie. Leeds are coming again!

Leeds played a game where no quarter was given or expected. I even had the boldness to use Jack as a Metaphor for the Readings at mass recently!!

Thanks for the memories Jack. You lit up the country. People who never knew anything about soccer – became fans.

Where were you during Italia 90 or when that goal in Stuttgart was scored?

A gentleman was walking through an elephant camp, and he spotted that the elephants weren’t being kept in cages or held by the use of chains.

All that was restraining them from escaping the camp, was a small piece of rope tied to one of their legs.

As the man gazed upon the elephants, he was completely confused as to why the elephants didn’t just use their strength to break the rope and escape the camp. They could easily have done so, but instead, they didn’t try to at all.

Curious and wanting to know the answer, he asked a trainer nearby why the elephants were just standing there and never tried to escape.

The trainer replied; “when they are very young and much smaller we use the same size rope to tie them and, at that age, it’s enough to hold them. As they grow up, they are conditioned to believe they cannot break away. They believe the rope can still hold them, so they never try to break free.”

The only reason that the elephants weren’t breaking free and escaping from the camp was that over time they adopted the belief that it just wasn’t possible.

Moral of the story:

No matter how much the world tries to hold you back, always continue with the belief that what you want to achieve is possible. Believing you can become successful is the most important step in actually achieving it.