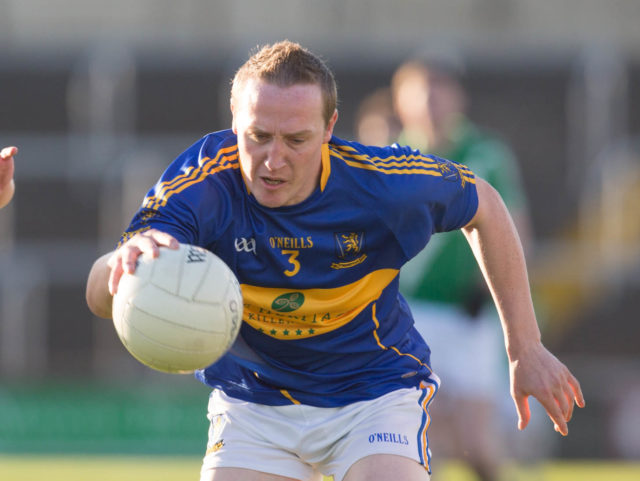 A polished second-half performance from O’Dempsey’s saw them run out comfortable winners over Timahoe in this IFC Qualifier clash in Stradbally on Sunday morning.

With the teams tied at 1-6 each at half time, O’Dempsey’s outscored Timahoe by 1-8 to 0-3 in the second half, giving up just one score from play in that time. While their seniors suffered disappointment on Thursday night it was a hugely encouraging performance here, as the team was packed with young players.

For Timahoe, they now face a battle to remain in the IFC ranks, and based on the performance here it won’t be easy. They will play fellow parishioners Annanough in the relegation final in two weeks time.

They have plenty of talent but they took bad decisions at key times, and lost too many important head-to-head battles across the field to give themselves a chance of victory.

They had started so well too, as they were 0-3 to 0-0 up after a little over three minutes. The points came from Brendan Quigley, Robbie Foyle and a Colm Dunne 45, as O’Dempsey’s struggled to get going.

They finally settled thanks to a good point from Liam Whelehan, with Daithí Howlin quickly adding another from the right wing.

Mark O’Connell pushed Timahoe two clear before the game’s first goal chance arrived, when Brendan Quigley was fouled in the penalty area. Ruairí O’Connor stood up to take it, and his well-placed shot was headed for the bottom right corner, only for Eugene Nolan to make a brilliant save.

O’Dempsey’s made the most of the reprieve as they put a run of three points together without reply, the first a stunning free off the outside of his right foot from Peter O’Leary. Sam Molloy and Derek Dunne hit the others as they went ahead for the first time.

The lead didn’t last long though, as Timahoe raised a green flag in their next attack. Brendan Quigley won a long ball forward and rounded Nolan before tapping into an empty net.

That should have set them on their way, but O’Dempsey’s responded with a goal of their own through Ciarán McManus, with Daithí Howlin adding a free to put them two ahead.

Timahoe would respond before the break though, as Sean Daly and Quigley would find the target to the leave the teams level at 1-6 each at the changeover.

The second half couldn’t have started much better for O’Dempsey’s, as Daithí Howlin landed a point from a free before his long ball was fisted to the net by Darren Finlay.

Timahoe responded well initially, as Colm Dunne slotted over a free and then Ruairí O’Connor added another placed ball, but they couldn’t keep it up. Having wasted a number of good chances from marks won close to goal, the belief seemed to drain out of the team and O’Dempsey’s fitness came to the fore.

After the water break Peter O’Leary nabbed his second point of the game before a couple of Howlin frees put them five ahead.

Damien O’Connor pointed from close range to try inspire his side, but that was to be Timahoe’s last score. O’Dempsey’s hit four on the trot before the final whistle, the final one after a brilliant mark from Ciarán McManus, as they ran out deserving winners.