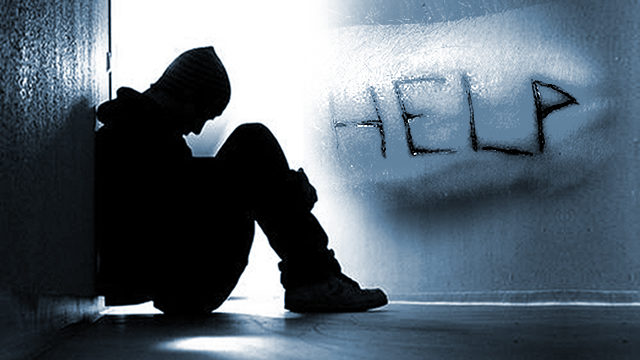 Today is world suicide prevention day and I decided to pen a piece about one of the greatest problems in this world – suicide in men.

Suicide in men is one of the greatest problems of our time and yet one of the least talked about topics.

What many don’t realise is that suicide is the leading cause of death in men under 50- despite the fact twice as many women get diagnosed with depression.

Just have a little think about those two facts for a few seconds. It’s not cancer or road accidents – it’s suicide.

The trouble is that ‘suicide’ and ‘mental health’ aren’t main “sexy topics” that the national media can print on their front pages with some terrible pun of a headline to churn out copies.

They want stories that sell. They want to talk about Trump’s latest tweet or crazy decisions or Kim Kardashian’s latest selfie, and all the while the male suicide rate sits quietly in the background, as big a problem as ever but overshadowed by the irrelevance that highlighted instead.

But this isn’t a problem that we can simply sweep under the rug and let it be dealt with by someone else.

The problem is with masculinity. Men are traditionally, and archaically, seen as the people to put food on the table, the strong ones who support their family while the ‘stay at home mother’ looks after the kids.

But life just isn’t like that anymore. While there are still issues of inequality throughout the world, we see women striving to break through the stereotypes in place by achieving great things, but we don’t see this same commitment from men to opening up.

They fear that once they open up they will be seen as less masculine and weak.

They’re thinking like the primates we once were; “Who will be in a relationship if I talk about my feelings?! Does talking about depression make me a woman? Does writing about my own experiences with suicide make me any less of a man?”

Of course not, and the people who think it does need to pull themselves out of the time warp from 600 years ago and get with the 21st Century

Firstly, I think there should be a lot more awareness about men’s mental health, it is taken for granted big time in this country.

Secondly, we need to have a bigger conversation amongst ourselves.

Let the men that you are friends with know that they can be honest with you, about anything, and it won’t change your relationship.

If your sole aim in life is to be a group of ‘top lads’, know that this is still possible by being open and emotional.

Being honest about what you’re going through makes you so much more of a man than you may know, because it takes real courage to stand up and say something when the chips may be stacked against you.

If we start a greater conversation around suicide, do away with the stigma and let men know that it’s okay to admit how they’re really feeling, they will seek the help they need. We all have a responsibility to tackle the silence that leads to suicide.

If you’re struggling, open up to someone. Suicide and depression feed off the secrets, and one conversation can kick-start recovery in a way you might think impossible.

And if you know someone who has or may have depression, don’t be afraid to talk about it – it could save their life.