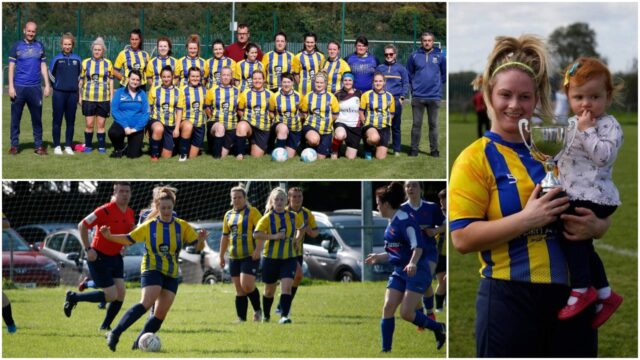 Mountmellick United rounded off their stop-start season in dramatic style with a hugely-deserved 1-0 victory over Birr Town to claim the CCFL Shield Final in Tullamore yesterday afternoon.

The Laois side had lost to their opponents twice already in the league but this was a sign of just how far they have come in the space of a few short months.

Despite a sluggish start where Birr looked the hungrier of the two sides, the Mountmellick women played all of the soccer and once they gathered momentum midway through the first half, they completely dominated possession and created some great opportunities throughout the game.

One thing that has been drastically improved is their defence. Earlier in the season they were leaking goals but that is no longer the case and no matter how hard Birr Town tried, they could find no way past Mountmellick’s no-nonsense defensive unit.

Team captain Linda Lee was assisted superbly by her defensive colleagues in taking the sting out the Birr attack, with young star Niamh Conroy marauding down the left wing at every opportunity.

The central-midfield trio of Amy Grehan, Amy Coss and Laura Peake worked tirelessly for the ninety minutes, with Peake in particular looking extremely dangerous and causing the Birr defence a huge amount of problems going forward.

She linked up superbly well on more than one occasion with striker Meaghan Dunne, with both players going close with good shots in the opening half.

The second half was a nervy affair as the intense heat started to take its toll on the players but this new-look Mountmellick side has a host of talent waiting in the wings.

The subs introduced, particularly Kiahara Dempsey made a huge impact on the game as the minutes rolled by and the dreaded extra-time and penalties loomed.

In such a close-fought game it was always going to take either a mistake or a moment of magic to win it and it was Mountmellick who found that sprinkle of magic in their midst.

A free-kick from 30 yards out didn’t seem to cause too much worry for the Birr defence as they awaited the expected cross into the box but centre-back Chloe Carroll had other ideas and she unleashed a shot that caught the Birr keeper wrong-footed and there was nothing she could do to prevent the ball from finding the top left-hand corner of the net.

The wonder-strike rounded off a player-of-the-game performance from Carroll and once she had fired her side into the lead United never looked like giving their opponents a way back into this game.

Lisa Guinane and Linda Lee accepted the trophy together from the Women’s Division manager Willy Healy and it certainly capped off a very solid first season back in the CCFL for Mountmellick Utd.

The win gives the side a huge boost as they take less than a week off before getting back to pre-season this coming Friday.

Manager Tom Moss is aiming for further improvements in the new league campaign.

He said: “The girls have worked unbelievably well to make the changes needed to win games like these, their attitude has been unreal and the addition of a handful of new players has really helped to raise the standard for the entire panel.

“We want to climb the table this season and while winning the division might be a bit of a stretch, we want to make sure that we are more than a match for any side on our day.

“Winning this is great but I know the girls won’t stop at this and will be using this as a stepping-stone to bigger things.” 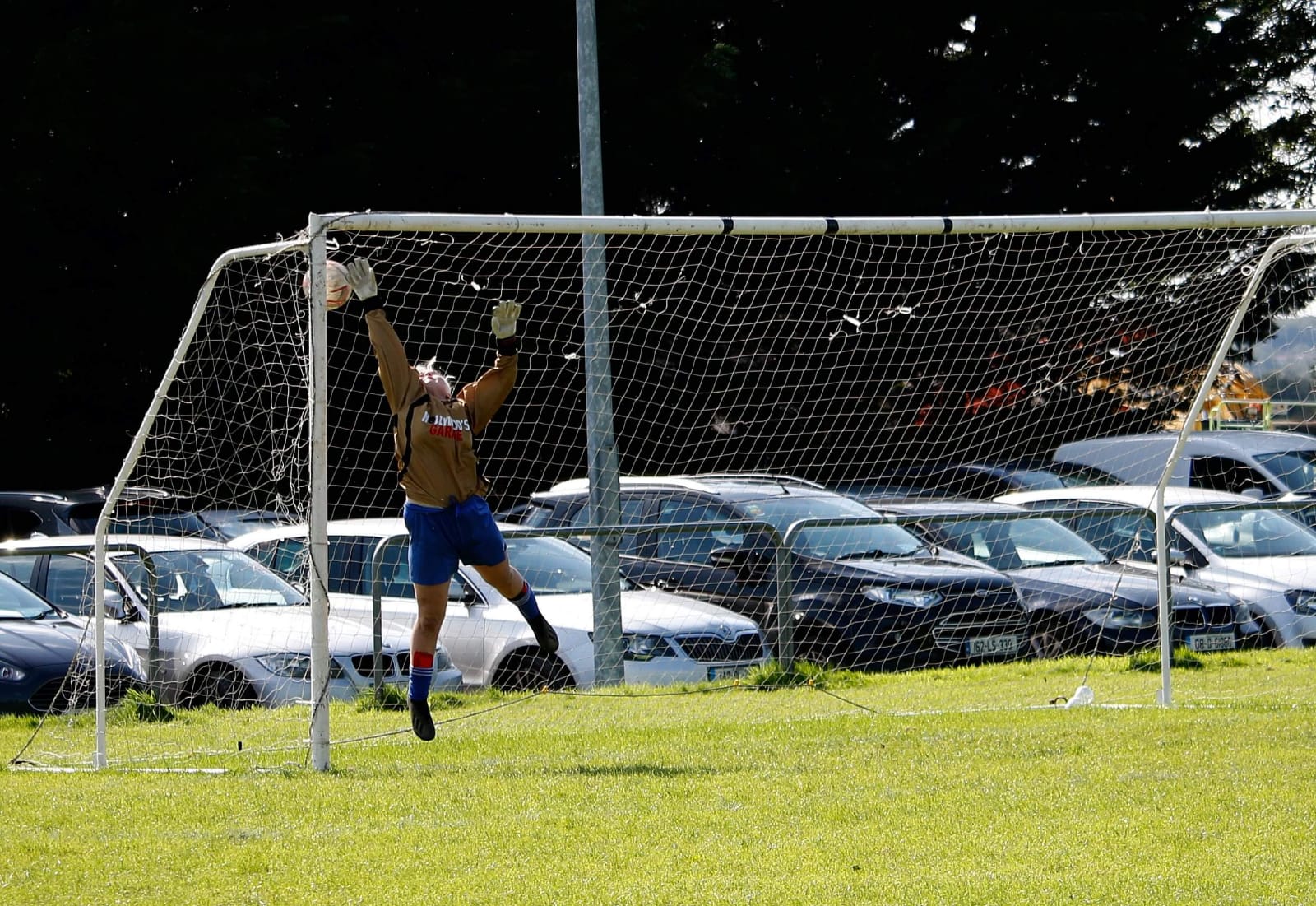 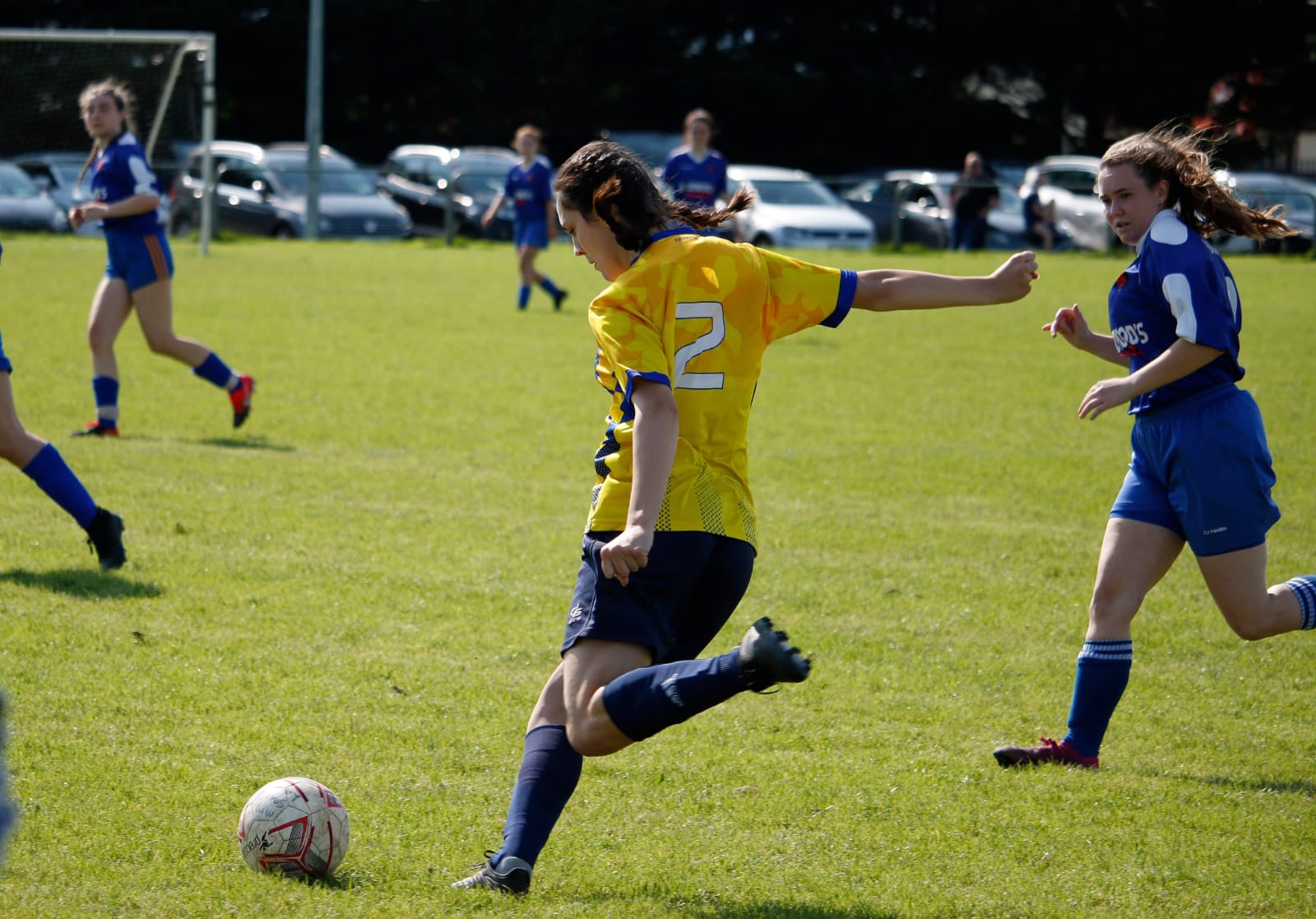 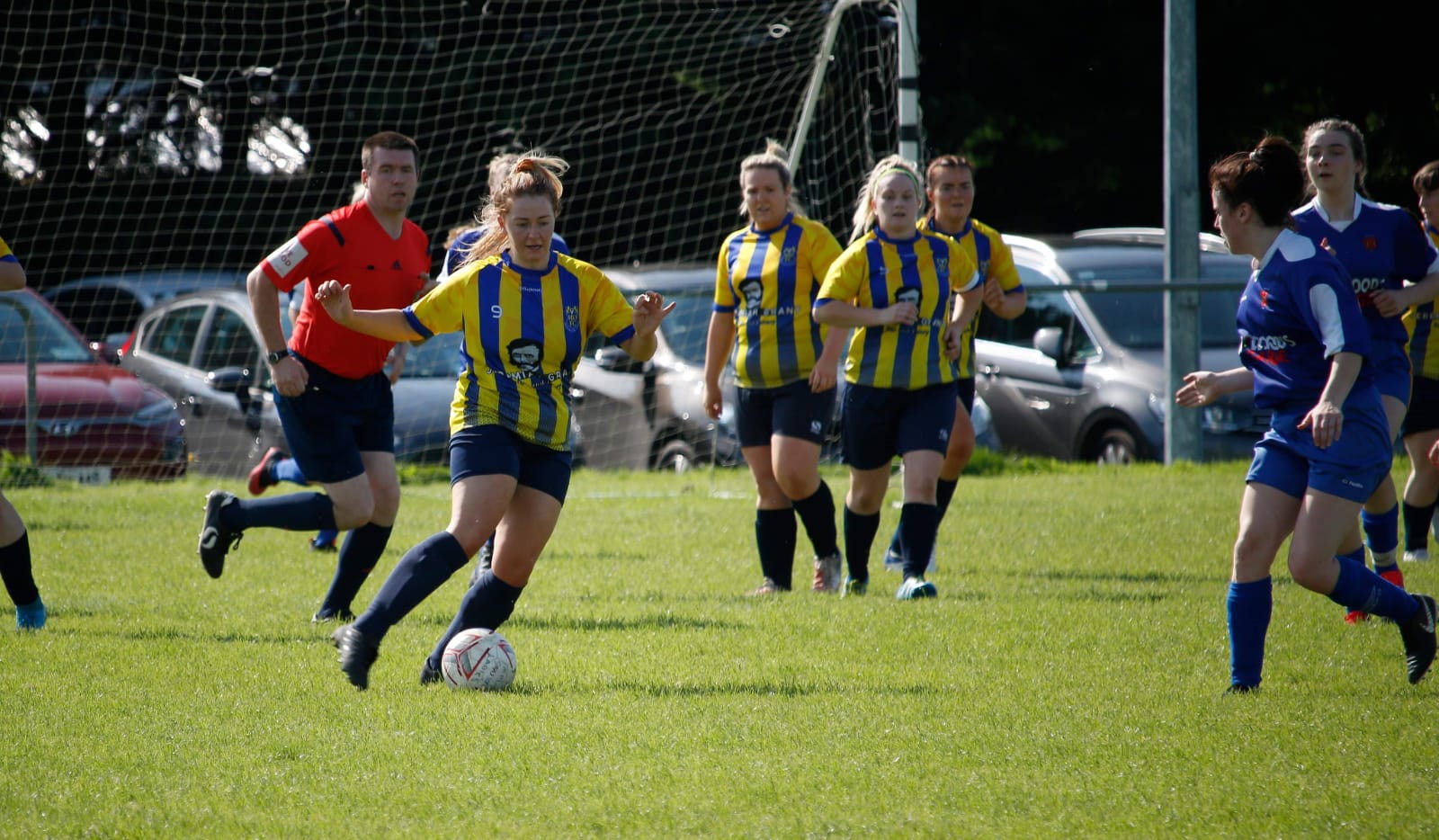 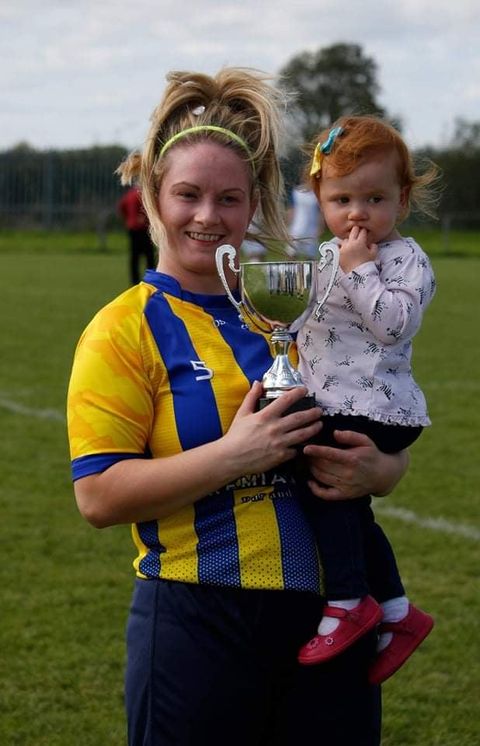