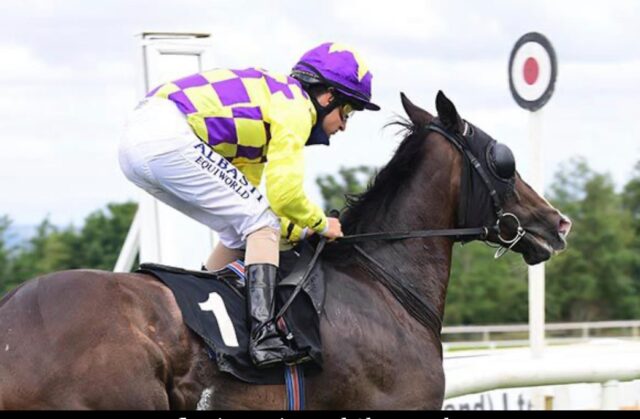 A Laois trainer scored his 13th winner of the season in Navan yesterday.

Portarlington based Kieran Cotter had Inflection Point who galloped to success in the Newgrange Handicap.

The horse, ridden by Shane Foley, claimed the win and took home the €9,300 first prize.

It was a victory that leaves jockey Foley two wins behind Colin Keane in the race to be leading flat jockey.

With just 18 horses in Cotter’s yard, his strike rate this year has been incredible.

Speaking to Irishracing.com, Cotter said: “He’s got bundles of ability and probably the key is to run him in a race where he can travel that bit better as he got taken off his feet a bit the last day in the Curragh.

“He travelled smoothly today and won in spite of himself.

“His head carriage is a bit high but you can’t knock him as he’s won his maiden and ran off 85 here and won. I wouldn’t mind having a few more like him.

“He’ll have no problem stepping up to six. Shane has rode him twice and won twice so he has the key to him.

“We tried holding him up but it didn’t seem to work so we just let him on and he enjoyed himself there.”

SEE ALSO – Coronavirus: 611 new cases as system of fines to be examined for breaches of regulations