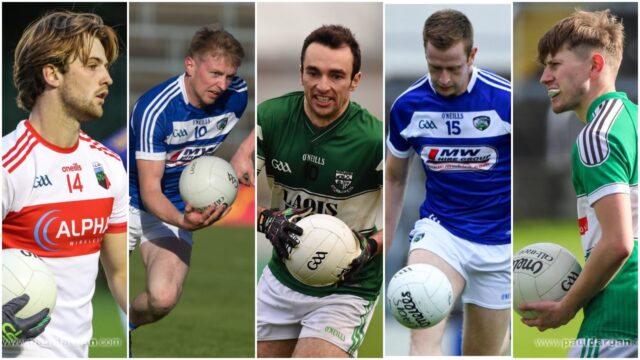 In the midst of the Coronavirus pandemic, the Laois senior footballers are set to return to action this weekend.

More than seven months ago, Mike Quirke’s side were beaten by Kildare in Round 5 of Division 2 of the National Football League.

It left them looking for one win from their remaining two games to secure their status in the division for another year – but little did anyone believe it would be 230 days before they would play again.

Aside from the world changing, many things have happened in the GAA world since that day and the side that takes to the field at 2pm in Mullingar on Saturday to take on Westmeath is likely to be very different from the one that lost to Kildare.

Manager Quirke has made a number of additions to his panel in recent weeks – while there have also been several departures too.

On the additions end, Portlaoise’s Gareth Dillon, Arles-Killeen’s Paul Kingston and Ballylinan’s Alan Farrell have returned to the fold after initially opting out at the start of the year.

Speaking previously, manager Quirke said that any player who impressed in the club championship would have a chance of staking a claim on the new panel.

And he has lived up to his word on that as Ballyfin’s Sean Moore, Emo’s Jack Owens and Killeshin’s Ross Bolger have all accepted call ups.

Sean Moore has scored 1-22 so far for Ballyfin in three matches in the club championship while Jack Owens has produced late braces in Emo’s most recent wins over O’Dempsey’s and Portlaoise as they reached the semi final.

In further good news, the majority of Quirke’s long-serving players have also made themselves available for selection once again.

Mark Timmons, John O’Loughlin, Kieran Lillis, Colm Begley and Ross Munnelly are all set to go again for the remainder of this season.

However, Donie Kingston is not involved. Having been Laois’s top scorer in each of the past six years he opted off the panel for the 2020 campaign and hasn’t returned now for the re-fixed season.

Graham Brody and Niall Corbet will resume their battle for the number one spot with the likes of Trevor Collins, Brian Byrne, Sean O’Flynn, Robbie Pigott, Eoin Buggie, Ruaidhri C-Fennell, Seamus Lacey and Paddy O’Sullivan, who has returned from Syria, vying for spots in defence.

But as previously mentioned, there are players who have departed the panel since Coronavirus forced a shutdown in March.

Portarlington trio Colm Murphy, Sean Byrne and Jason Moore are all set not to be involved while neither are Damien O’Connor, Gearoid Hanrahan, Marty Scully or Garry Comerford.

In a highly competitive Division 2, Laois are still in with a chance of promotion – but not yet clear of relegation.

They are set to play two away league games – to Westmeath on October 17 and to Fermanagh on October 24.

However, there is now considerable doubt over whether that Fermanagh game will even go ahead as a Covid-19 outbreak in the squad has led to them cancelling all training and seeking for postponements.

Regardless, there will be no league finals this year; instead the top two teams will be promoted and the bottom two relegated.

Because Laois have a bye to the Leinster quarter-final, they will have a week off before playing the winners of Louth and Longford on November 8.

If they win that they will more than likely meet All Ireland champions Dublin in the Leinster semi-final, assuming Dessie Farrell’s side get the better of Westmeath.