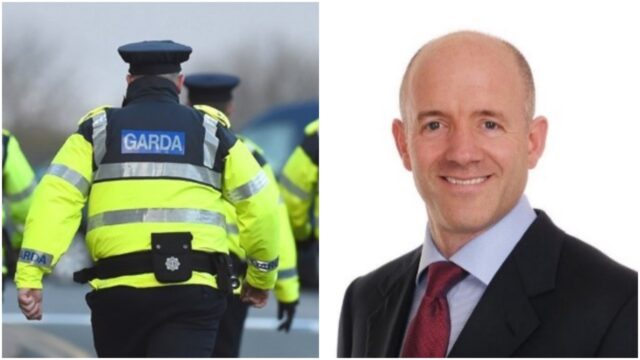 Independent TD Cathal Berry has called on the Government to invest to improve the current infrastructure within the Garda Síochána and has suggested that a museum developed in the next 18 months to celebrate the force’s centenary in 2022.

The Portarlington-based TD, who represents the Kildare South constituency which includes Portarlington, Killenard and Ballybrittas, was speaking after the Budget in the Dáil.

He said there is still a huge problem in the country regarding the infrastructure in an Garda Síochána and thinks that investment is needed to improve Garda stations and barracks.

He said: “Garda infrastructure remains a big problem in the country. Many of the barracks and Garda stations were built by the British over a hundred years ago.

“We badly need to invest in a refurbishment and from a new build perspective all across the country.”

Above all else Berry thinks there should be a museum built to celebrate the role of what the Garda Síochána did for the country and to mark the centenary in 2022.

He said: “If I was to identify on a particular infrastructure project to me above all else from the Garda Síochána point of view that there is need for a Garda Síochána museum.

“The centenary of the formation of Garda Síochána is in 2022, which is over 18 months from now. I think it is incredible that there is no national Garda Síochána museum.

“I think we can all appreciate and recognise that we do need a permanent premises to honour the achievements and sacrifice.

“I would like to progress this project over the next 12 months.”