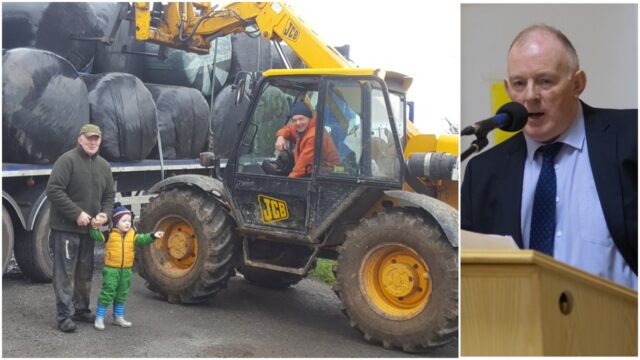 Two candidates are in the running for the position of IFA South Leinster Chairman – and a Laois man is among them.

Francie Gorman from the Ballinakill branch has been nominated by Laois IFA. He was Chairman of Laois County Executive until last February.

A suckler beef and sheep farmer, Francie, as well as farming all his life, has also heavily involved in the IFA.

While the Wexford County Executive has nominated their current Chairman James Kehoe from the Monagear branch.

Nominations closed at 12 noon today and the successful candidate will replace Tom Short, who is stepping down from the role in December.

IFA National Treasurer/Returning Officer Martin Stapleton said it’s the first time in the history of the Association that an election of this scale is taking place by postal ballot.

He said: “Given the circumstances presented by COVID-19, and the restrictions imposed by public health guidelines, the National Council decided to proceed with all elections that fall due this year.

“Meetings in person are not possible under current public health restrictions, so we have to put alternative arrangements in place.”

It also means the traditional county executive debates in six of the counties – Carlow, Dublin, Kildare, Kilkenny, Offaly and Wexford – will take place online over a two-week period beginning November 23.

Postal voting by county officers and branch delegates in the eight county executives of South Leinster will take place in early December, with the count scheduled for mid-December, in line with public health guidelines that will be in place at that time.

The National Council decided last month to proceed with postal voting for the election of officers at national and county level.

SEE ALSO – My Farming Life: Insight of the man at the top of Laois IFA