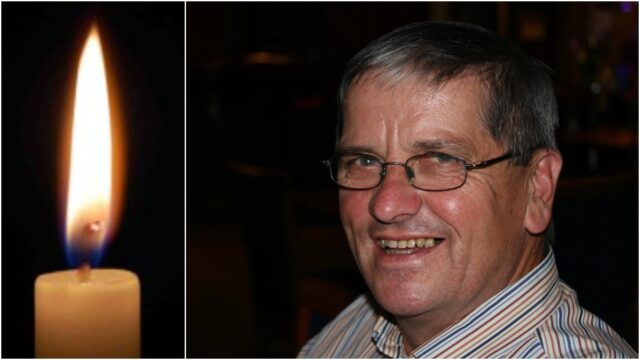 The death has taken place of William ‘Murt’ Treacy, a former teacher in the vocational school in Portlaoise and a widely respected member of his local community in The Heath.

Murt worked as a maths teacher in the old ‘tech’ in Portlaoise and Portlaoise College as well as The Heath GAA club and Laois GAA were among those to pay tribute online.

He played for Laois in the early 1970s and was on The Heath team that won a senior football championship in 1974.

He is predeceased by his brother Séan and sister Nuala.

He will be sadly missed by his sister Anne, brothers Pat and Tom, son-in-law Colin, daughters-in-law Caroline and Hilary, Karens partner James, brothers-in-law, sisters-in-law, nieces, nephews and his very wide circle of friends.

Because the family lived in Emo parish, he played his underage football with Emo and won minor titles in the 1960s before switching to play with The Heath as an adult, something also done by his neighbours the Hylands and Bergins.

And all would feature on The Heath’s championship-winning side in 1974, when The Heath incidentally beat Emo after a replay. Murt was corner-forward on that team.