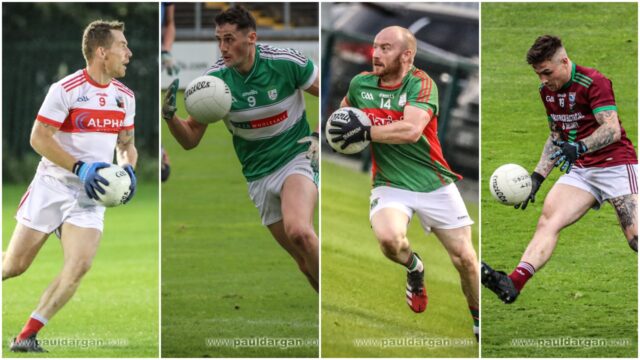 They can’t train and they don’t know when they will play again – but the four remaining clubs in the Laois senior football championship will know who they are going to face in the semi finals next week.

Emo, Graiguecullen, Portarlington and Ballyfin are still standing in this year’s championship which was called to a halt at the start of October.

The games are not expected to be played until next year, but the pairings are set to be confirmed next Monday.

Laois County Board Secretary informed clubs of plans via email this week.

The Laois CCC will meet on Monday night and after that, they hope to be in a position to circulate a provisional fixture schedule for the remaining championship games.

Aside from the intermediate football and junior ‘C’ hurling championship, all other competitions remain outstanding at adult level.

In football the Junior ‘A’ is down to semi-final stage where Portlaoise will play The Heath and Park-Ratheniska meet Ballyroan-Abbey.

At juvenile level, all championships, with the exception of minor in hurling and football, were incomplete when the GAA forced club activity to cease in early October.

He said: “Laois CCC will convene next Monday November 23 and hope to be in a position to circulate a provisional fixture schedule for outstanding championship games.

“Such a schedule will of course be dependent on government Covid-19 restrictions and national GAA policy, both of which at moment prevent playing of our club games.

“It is also envisaged that senior football championship semi-final draw will be conducted at this meeting and will be streamed live.”