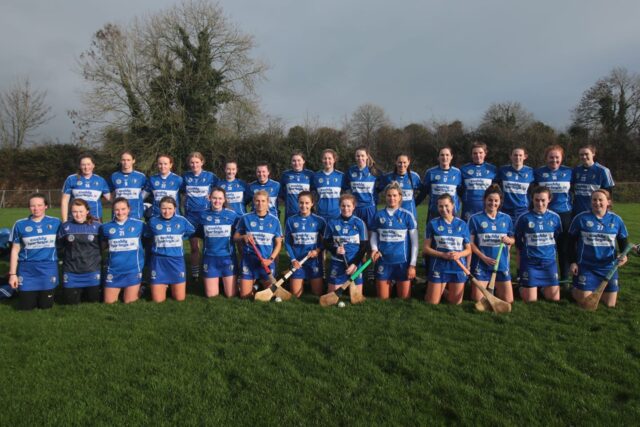 The Laois Camogie team’s adventure in the All-Ireland intermediate championship is over after they were beaten by Antrim in Inishkeen this afternoon.

Laois’s best player in the defeat was undoubtedly their goalkeeper Aedin Lowry who made a whole host of stunning saves that ultimately kept the margin between the teams closer than it could have been.

Laois kept going right to the end but it was their struggles in front of the Antrim goal that cost them in the end.

Regardless of this result, this is still a hugely positive year for John Desmond’s side who have ten players under the age of 20 and are well placed to improve over the coming years.

The first quarter of the game followed a very similar pattern to the Kerry game with Laois very much second best.

Antrim got the first three points of the match through two Nicole O’Neill frees and another score from Catherine Dobbin.

Laois’s only score in that period came through a Kirsten Keenan free as the O’Moores struggled to get out of their own half.

Antrim pushed on though with Maeve Kelly and Roisin McCormack added points to leave Antrim 0-5 to 0-1 ahead at the water break.

Laois were much improved on the resumption with Kirsten Keenan slotting her second free before Clodagh Tynan smashed one over from inside her own half.

But Antrim stepped on the gas again with Cathrine Dobbin and Maeve Kelly both landing braces to leave Antrim 0-9 to 0-3 ahead at half time.

Laois missed a couple of frees on the restart and could’ve conceded a couple of goals too except for some great defending by the full back line and keeper Aedin Lowry.

However, Antrim did increase their advantage to eight through Roisin McCormack and Nicole O’Neill after 40 minutes.

Antrim once again pushed for a goal with Catherine Dobbin getting through only for Aedin Lowry to pull off a point blank save – however, Dobbin was fouled en route to goal and O’Neill converted her fourth free to leave it 0-12 to 0-3 at the second water break.

Laois went for goals on the resumption but they just could not break down a resolute Antrim who will face Down in the final.