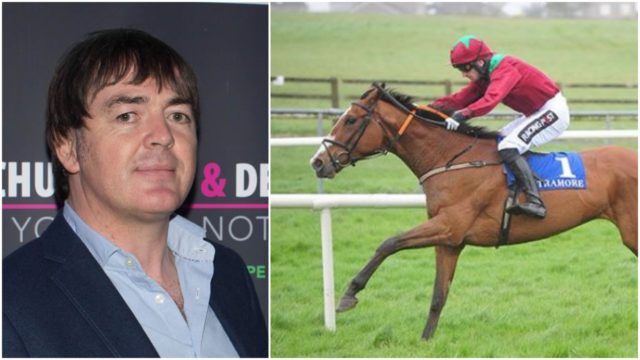 We could have a Laois horse in Cheltenham this year as Augusta Gold pulled off a remarkable win in Fairyhouse yesterday.

It was a real shock as the odds on Salsaretta finished last of the five runners with Augusta Gold winning the €19,500 first prize.

And her victory, in the Portarlington colours, was so impressive that Paddy Power have made her a 20/1 shot for the Mares Chase at Cheltenham.

Augusta Gold have been off the track since February of last year but she returned in some style.

She is trained by Mags Mullins and ridden by her son Danny, who, speaking to IrishRacing.com afterwards, was delighted.

He said: “It was a good performance. We thought that she might need the run, on her first run back in a competitive race like that.

“She was very solid last year, and tough. This kind of track and big fences seems to suit her so hopefully we’ll have a crack at some of those good staying chases through the spring. She’s a mare going the right way.

“She was a Grade B winner over hurdles and graded placed last year so to get the graded win over fences is great.

“The Irish National was the plan last year but it got cut short. Hopefully that could be the plan again.”

Check out the closing stages of the race below:

🥇A surprise winner of the feature mares’ chase @Fairyhouse, Augusta Gold perfectly timing her late run to the line!