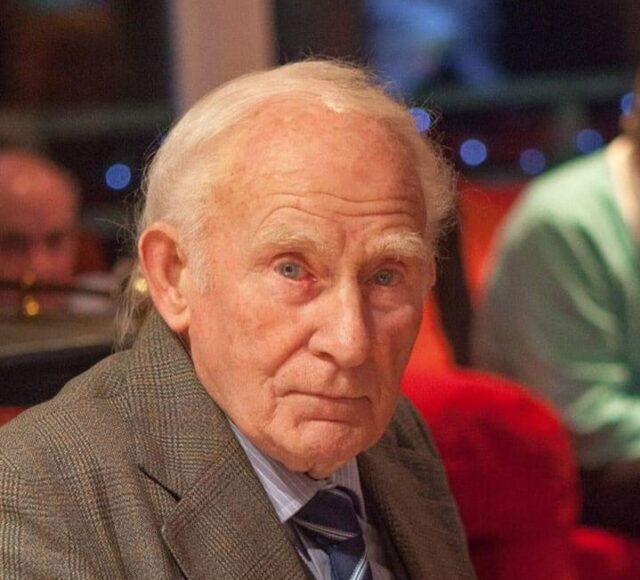 The Errill community is mourning the death of Jerry Dowling, a man who contributed hugely to his area over his long life.

He passed away at the age of 90 on New Year’s Day and will be laid to rest today.

Jerry is pre-deceased by his wife Teresa and grand-daughter Jade and is sadly mourned by his sons Tom, Dinny and Diarmuid and wide circle of family, neighbours and friends.

“It was with deep sadness and a genuine sense of loss that the people of Errill and surrounding areas heard of the death of Jerry Dowling,” wrote fellow Errill man Timmy Williams in a lovely tribute.

“Jerry not only have a lifetime of tremendous service and honest endeavour to the Errill GAA club but also to many other important activities in the community, for example the Water Scheme, St Bernadette’s Hall, FCA, Fianna Fail and the local cemetery.

“The success of the Errill hurling team during the late 70s and 80s was mainly due to the dedicated and ceaseless voluntary work of Jerry Dowling and Joe Keyes.

“Both these men were most instrumental in the development and promotion of juvenile hurling in the late 60s and early 70s.

“They initiated a juvenile street league which was very competitive and laid the basis for future success in the club.

“These street leagues eventually led to victory in the 1981 intermediate county final and to contesting the 1982 and 1986 senior finals.

“Many of the players of those teams developed their skills and cultivated their competitive edge from participation in these successful and fruitful street leagues.

“It is with great sorrow and appreciation that the people of Errill remember the massive contribution that Jerry Dowling made to the local community in every aspect of life.”

As per the COVID-19 directive a private family funeral has been arranged.

Due to the increased risk of infection you are asked not to congregate in the church yard or at the cemetery in the interest of public safety and in compliance with the current guidelines.

The family thank you for your understanding at this time.