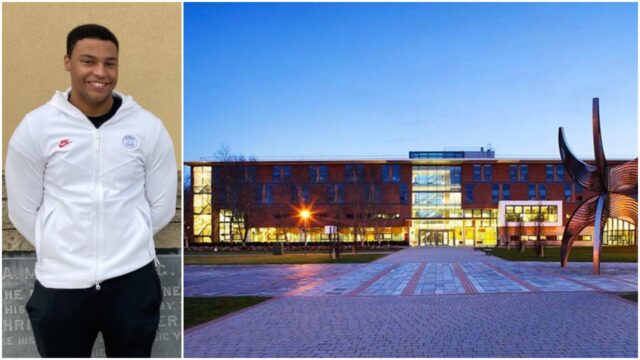 A Portlaoise CBS student has been awarded a prestigious University of Limerick scholarship.

St Mary’s CBS past pupil Jordan Ikpomwen, who did his Leaving Cert in 2020, was granted one of the UL40 Scholarship Awards which is open to all entrance students.

The UL40 Scholarships are awarded to incoming students who began their undergraduate studies in the Autumn Semester for the Academic 2020 and is based on their performance in the Leaving Certificate and determined by their CAO points.

The scholarships are funded by the University of Limerick, in recognition of its 40 years in existence as an educational institution.

Historically, Students who have been awarded scholarships would be invited to attend, with their parents and a representative from the school and presented with their scholarship certificate by UL President.

Photographs would have been taken at the ceremony – with President, scholarship recipient and their school representatives to mark the students’ academic achievement.

Unfortunately, due to the Covid-19 pandemic it has not been possible for UL to host a ceremony this year.

Portlaoise CBS principal Maura Murphy was delighted to receive the news last week and extended her congratulations to Jordan and his family.

She said: “During his time in the CBS Jordan was a very dedicated student who got involved in all aspects of school life.

“He was also a member of the senior basketball team in the school.

“His scholarship is well deserved, for a very hardworking young man.”