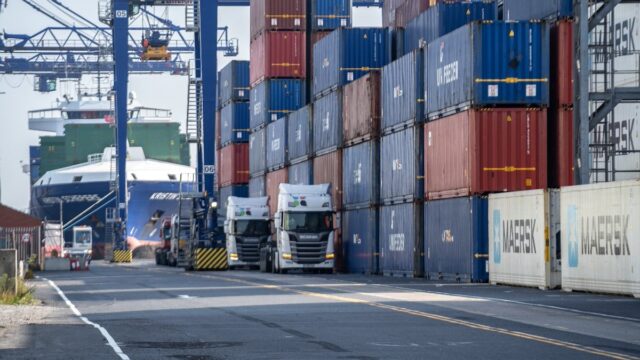 Two Laois businesses have announced that they will cease trading in the UK due to the fallout from Brexit.

FreeTV.ie and TheGardenShop.ie say they have indefinitely suspended shipping orders to the Britain.

David Maher, who the Director of both companies explained how it has simply become ‘too complicated and expensive to do business with Britain’

He said: “We have unfortunately been forced to drop the UK as a shipping option on our websites.

“Although we shipped a number of orders from Ireland to the UK last week, none left Ireland as the courier companies are simply not able to handle new orders due to new paperwork demands.”

Mr Maher went on to explain that the complete chaos that Brexit has caused for both buying and selling into the UK.

He said: “We have not received a single order form the UK since the January 1 due to paperwork issues at the port and stock shortages with our UK suppliers.

“This has been caused due to congestion at UK ports and also stock stuck on the continent as they don’t have the correct paperwork to enter the UK.

“Along with Covid restrictions – it really is a perfect storm.”

Maher believes this is going to undoubtedly lead to higher prices and said: “One UK supplier (who currently has little or no stock) has changed their shipping rules to Ireland from ‘Free shipping on all orders over £150’ to ‘a flat £72 handling charge on all orders’.

“Brexit is adding costs but not value for business and customers alike.

“I have spoken to a local courier company who informed me that while prior to Christmas they were handling over 20 articulated lorries a day coming from the UK, this had dropped to a total of only 10 lorries for the first week of the year”.

The upside, according to the Portarlington native, to this is that Irish online companies are seeing a boom with orders volumes which were already much higher due to Covid being further boosted due to Brexit.

He said: “On the FreeTV.ie website orders volumes have increased by 100% and on TheGardenShop.ie has seen an increase of 300% year on year.

“We are actively recruiting as we will be heading into our peak Garden Season from St Patrick’s day and also our new 4 acre garden centre which is due to start construction as soon as the Covid lockdown ends – hopefully on the 1 February 2021 and opening in April 2021.

“Though many of the issues with Brexit will be ironed out in time, I believe there will be a long term move towards buying off Irish online websites who can offer value, quality and Paperwork-Free next day delivery.”