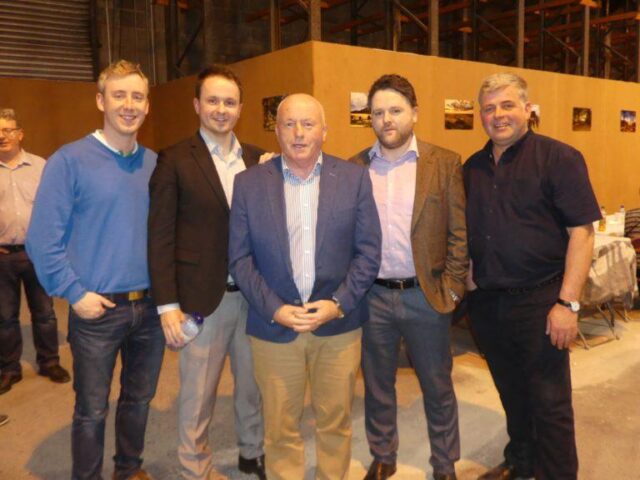 Tanaiste Leo Varadkar and a host of Laois County Councillors have paid tribute to Tom Mulhall as his resignation was officially tendered at this morning’s meeting.

The Fine Gael politician, who comes from Emo, stepped down from the position in the Graiguecullen-Portarlington Municipal District after serving there for the last 12 years.

Back in August, Mr Mulhall fell ill at his home and was rushed to hospital.

While he has since returned home, his health has not recovered to the levels required to undertake his duties as a Councillor and this is why he has made this difficult decision.

Tánaiste Varadkar said: “I wish to thank Tom Mulhall for his years of dedicated service on Laois County Council.

“First elected in 2009, Tom increased his vote in each subsequent election in 2014, 2019, testament to the high esteem in which he was held by the people of Laois for whom he worked tirelessly.

“Held in similar high esteem by his colleagues, Tom served as Cathaoirleach of Laois County Council, in 2016-17.

“As a farmer and long-time member of the IFA, Tom is also a strong advocate for the farming community.

“I wish Tom a speedy recovery and send my good wishes also to his wife Bridget and children Niall and Una.”

While Tom’s former colleagues also paid tribute to him for all of the years of dedicated service that he gave to Laois.

She said: “This is certainly a sad day for everyone in Laois County Council as Tom has made an immeasurable contribution to life here for 12 years.

“I would like to wish him a speedy recovery and also all the best to his family.”

Cllr John King described Tom’s resignation as like ‘losing a member of my own family’ and he said that people in Emo and the surrounding areas will be indebted to him for his years of dedicated work.

Cllr Conor Bergin described Tom as a ‘full time Councillor who gave it his all’ while John Joe Fennelly said that Mr Mulhall represented his area and the county with pride.

Willie Aird said: “Tom went about his work as if he was playing a football match.

“I have no doubt that Tom will make a full recovery but this decision is a selfless one because he knows that could take more than a year and he was not prepared to leave the people who elected him without representation for that long.

“I have no doubt that Tom Mulhall will be back involved in a community life in the not too distant future.”

Cllr James Kelly spoke about how Tom was centrally involved in the purchasing of the area of land at Togher that is now a hub for industrial development – while Cllrs Mary Sweeney and Padraig Fleming described him as ‘diligent and committed’.

Thomasina Connell thanked Tom Mulhall for his help when she ran for the Dail in 2016 while Paddy Bracken, Ollie Clooney and Paschal McEvoy all described Tom as one of the hardest working members of the Council.

Laois County Council CEO John Mullholland concluded the tributes by saying: “Tom is passionate about lifting all boats in Laois and his contribution to the county will never be forgotten.”