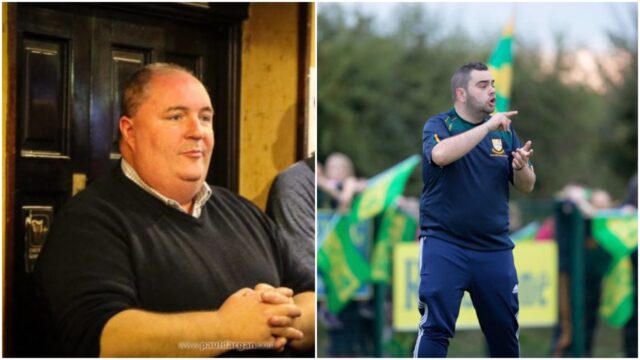 A former All Ireland-winning management duo have teamed up to take charge of a Laois ladies football club.

Pat O’Sullivan and James Kelly, who won the All-Ireland Minor ‘B’ title with Laois Ladies in 2013, have been confirmed as the new manager and coach of Sarsfields.

Former Laois GAA PRO O’Sullivan, who is originally from Kerry, will act at team manager.

While Ballinakill native Kelly also has a strong association with GAA here having work as a Games Development Officer for the Laois County Board for a number of years.

He previously coached the Park-Ratheniska Ladies and then went on to manage Ballyroan Ladies.

Kelly also enjoyed Leinster championship success with Heywood at U-14 and U-16 level.

Most recently, in 2019, Kelly was manager of the Wicklow Ladies football team.

Last year, Sarsfields were looking to make history by becoming the first team to win eight titles in a row.

The Heath won seven consecutive titles from 1980 to 1986 but Sarsfields could only match that record as they lost out to Portlaoise in the final last September.

But in another incredible stat, that final was Sarsfields’ 15th in a row – a run that stretches all the way to 2006.

They will be hoping that Kelly and O’Sullivan can bring them back to their glory days once again if we get matches again later in the year.