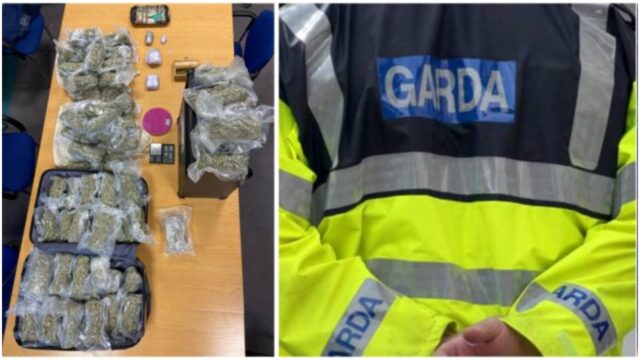 A man is due in court this morning following a huge drugs seizure in Laois over the weekend.

A man, aged in his 40s, was arrested on Saturday after Gardai executed a search warrant on a premises.

€187,000 of drugs was seized at a premises in Portlaoise following the raid.

During the course of the search, Gardaí seized approximately 9kg of suspected cannabis herb with an estimated street value of €181,000.

A quantity of suspected cocaine was also seized with an estimated street value of €6,000 as well as cash to the value of €2,735, a small quantity of LSD and a weighing scales.

Gardai arrested a man in his 40s in relation to this and he has been subsequently changed. He will now appear in court.

Gardai say: “The man, aged in his 40s, arrested in relation to the drugs seized in Portlaoise on Saturday, February 6, has been charged.

“He is due to appear before Tullamore District Court this morning Monday February 8, at 10.30am.