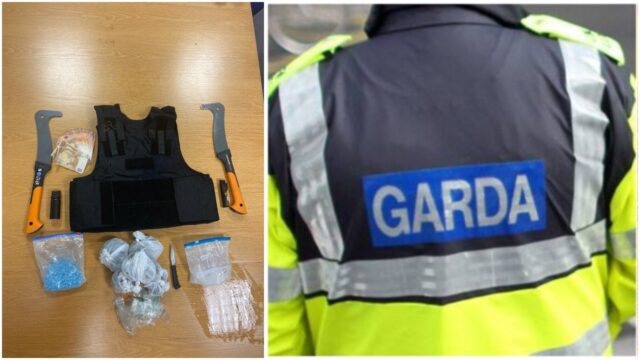 Gardai in Laois made a seizure following a search on Wednesday.

As part of their work to tackle anti-social behaviour in Portlaoise, they captures a number of items.

While knives and pepper spray, which are prohibited by law, were also seized.

“They seized drugs to a value of approximately €6,000 which included Cannabis, Cocaine, Amphetamine and cash to value of €1,350.

“Also seized were knives and pepper spray which are prohibited under Firearms and Offensive Weapons act 1990/2009.”