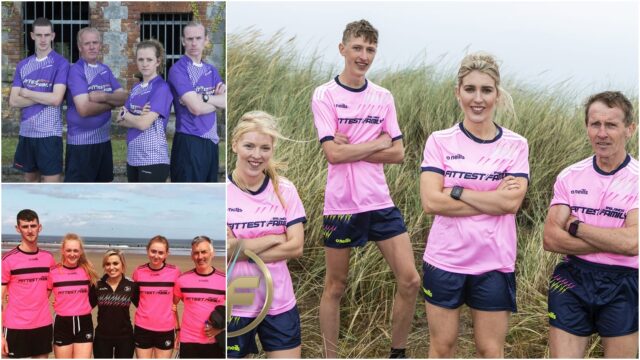 Ireland’s Fittest Family has proven to be a huge ratings winner for RTE over the past eight years with the latest competition coming to a thrilling conclusion on our TV screens last Sunday evening.

The show’s enduring popularity is down to a number of factors – how TV friendly it is, how genuinely competitive it is, the sheer excitement of it and then awe at how difficult some of the challenges are.

But one of its biggest draws is the raw emotion as family members battle their way through and then are interviewed afterwards, exhausted and just so proud.

Over the course of the series so many great characters emerge – from the contenders themselves to the coaches.

Last week the Mahonys from Wexford won a thrilling finale, getting the better of the Allens from Tipperary.

This year, however, there was no Laois representation. Three times over the eight series a a Laois family has taken part and on each occasion they have gone right to the final show – the Mulhares from outside Portlaoise narrowly losing in 2014, the McDonalds from Ballyroan coming second in 2018 and the Mahers from Killeshin reaching the final in 2019.

Those three families all came from predominantly athletics backgrounds but we reckon there are a number of families in Laois that could go forward for the show – and make a serious effort to win it out.

The rules of the show mean that there has to be at least one parent and at least one girl – something that means not every family is suitable.

But there are other families that would have selection choices and have to decide which family members they put forward. 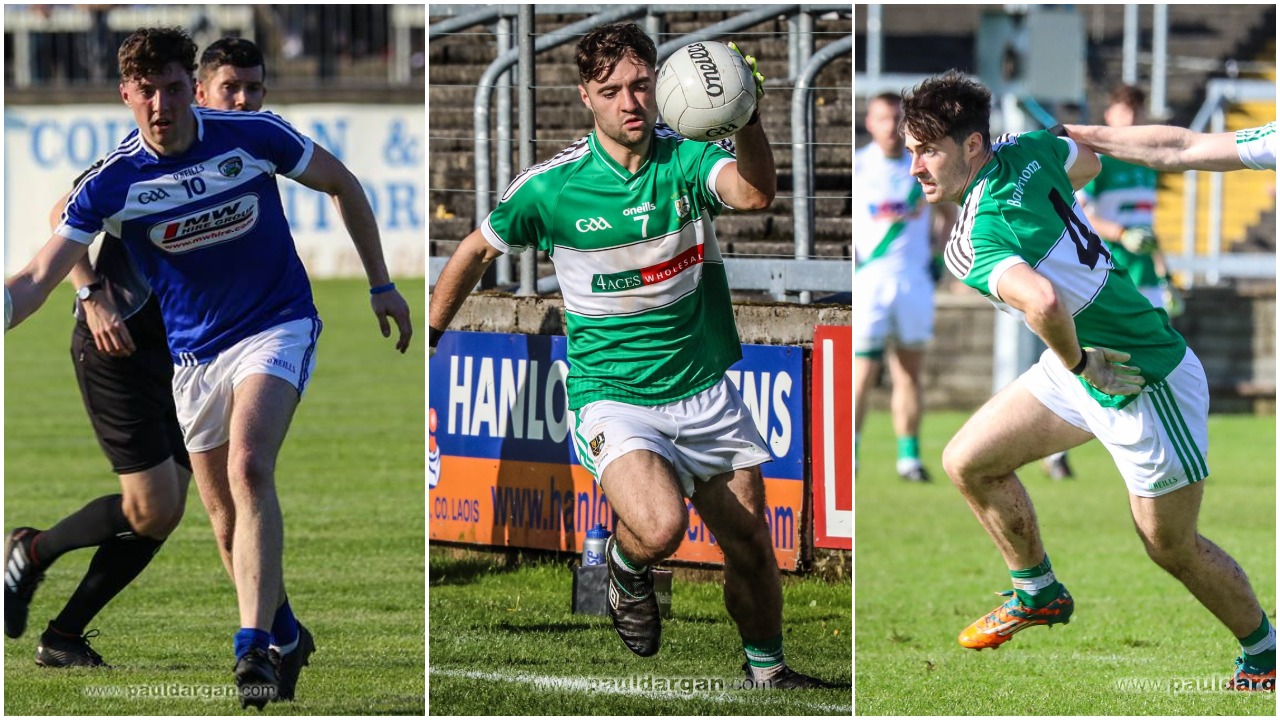 The Connollys from Ballyfin are one of the first families that come to mind when you think of this competition.

With only sons in the family, mam Sharon would have to take part – with sons Darragh, David, Allan and Shane helping to make up a serious team. They’d have to be among the favourites. 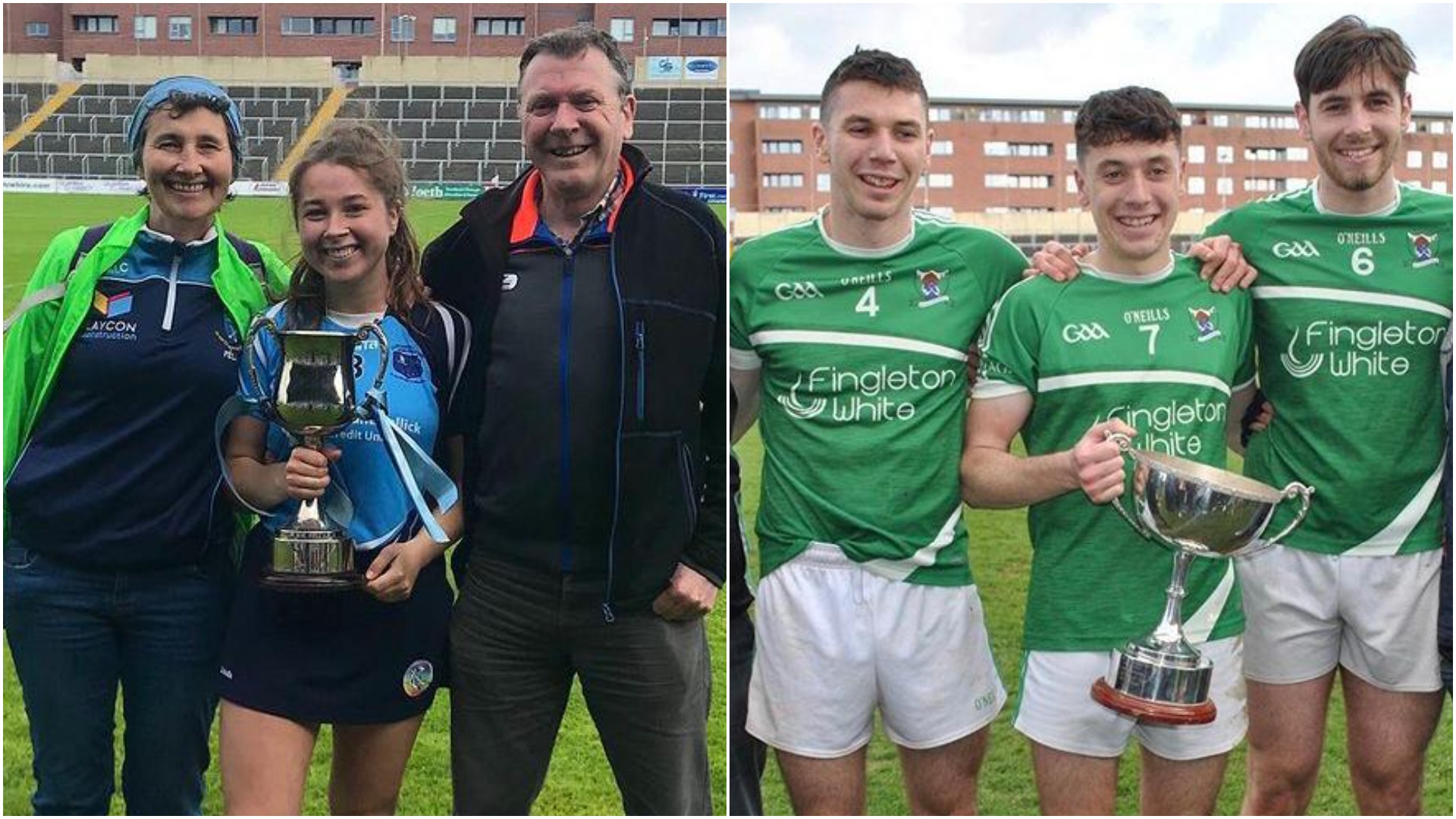 The C-Fennells from Rosenallis would also make a serious team – and they’d have a selection headache on their hands with Rosenallis senior dual players Ruaidhri, Cathal and Fiachra as well as sisters Liadan, a Laois camogie player, and Deirbhile, a Laois U-15 Camogie player who also plays football for Ballyfin, all vying for inclusion.

Mam Margaret or dad Brian would also have to step forward too. 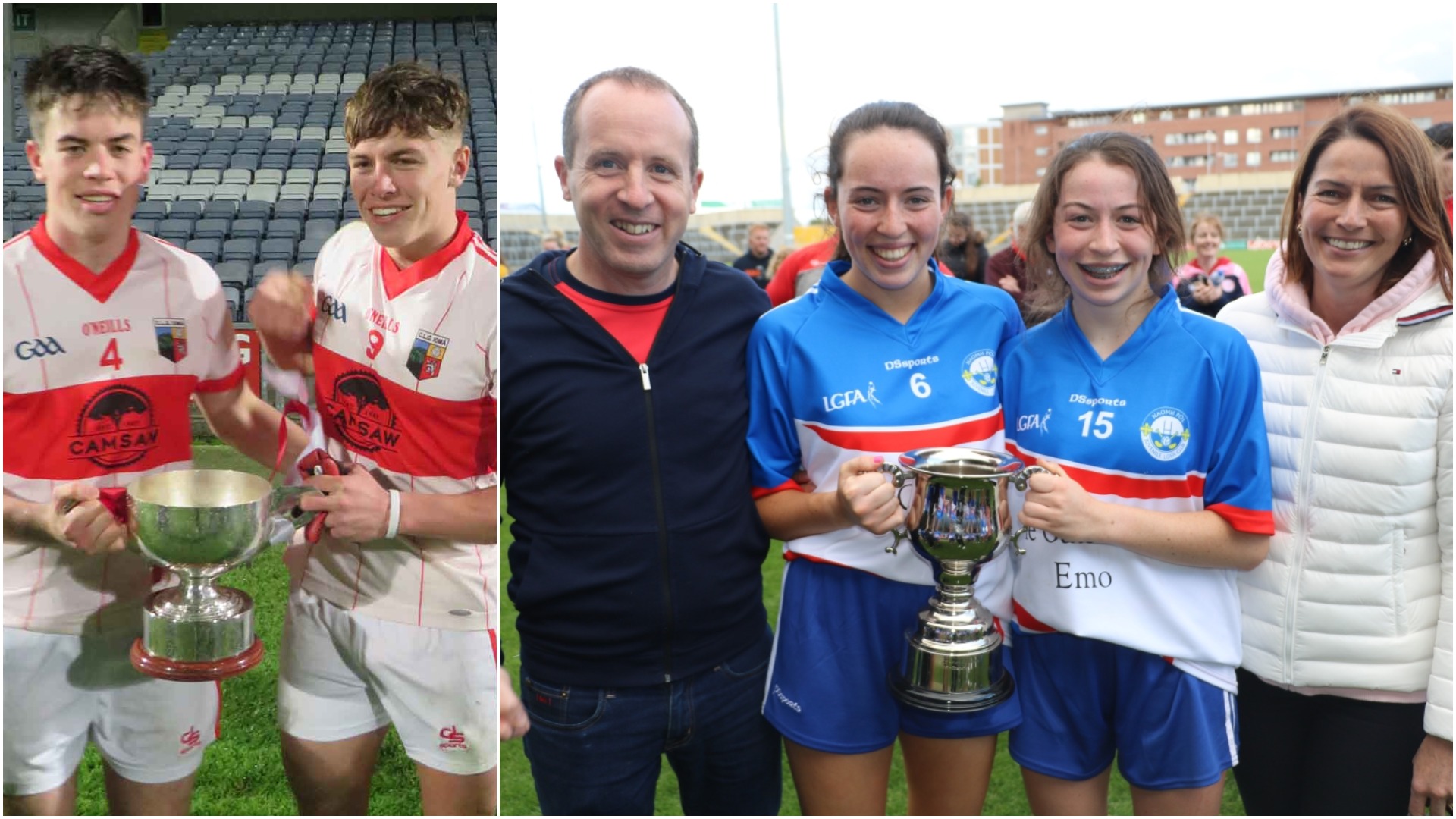 The Crowleys from Emo would have to be in the mix too – Emo footballers Finbarr and Liam have a background in rugby and athletics also while sisters Ciara and Niamh and are fabulous athletes too who play football with St Paul’s and camogie with Portlaoise.

Dad Martin and mam Louise would ensure that there was selection decision too. 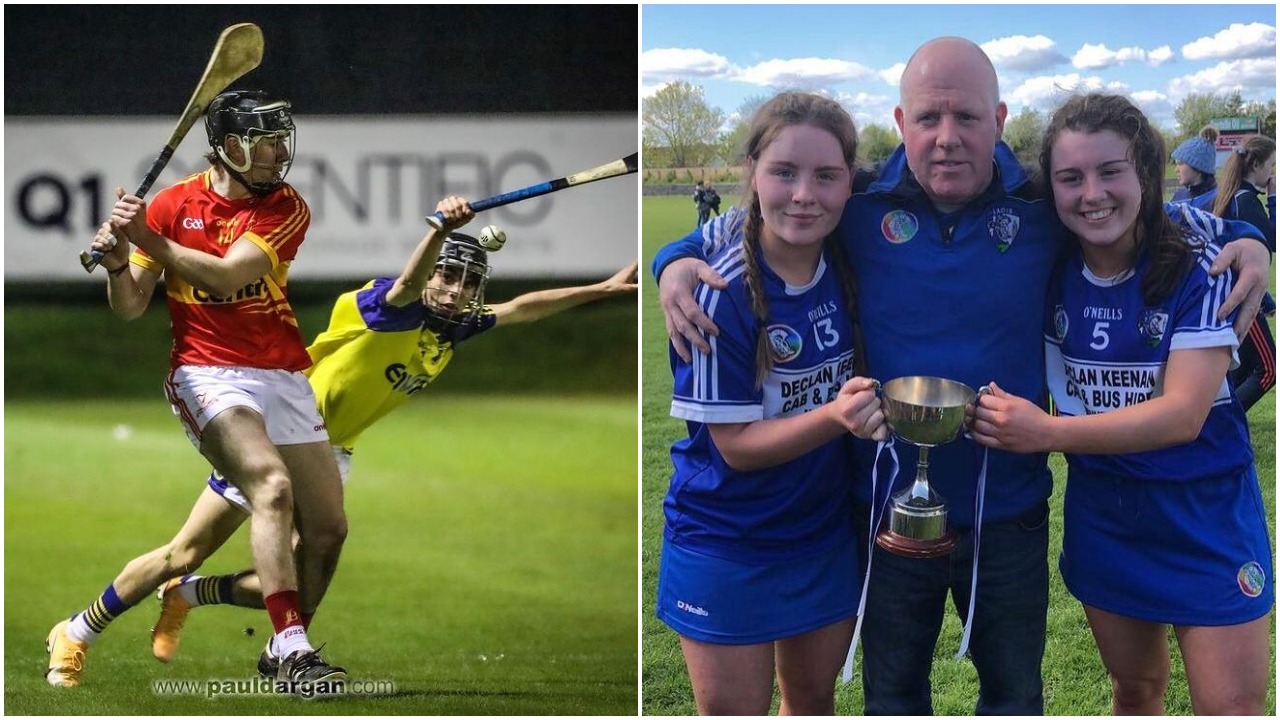 The O’Connors from Cullohill could be real dark horses should they enter the competition. Hurler Jim, who would’ve lined out with the Laois minors last year only for a knee injury in the club final against Abbeyleix, is a fine lad.

While his sisters Molly and Lucy have both won All-Ireland titles for Laois in camogie. Dad Barney, heavily involved in Laois Camogie, or mam Kay would also have to step up to the mantle. 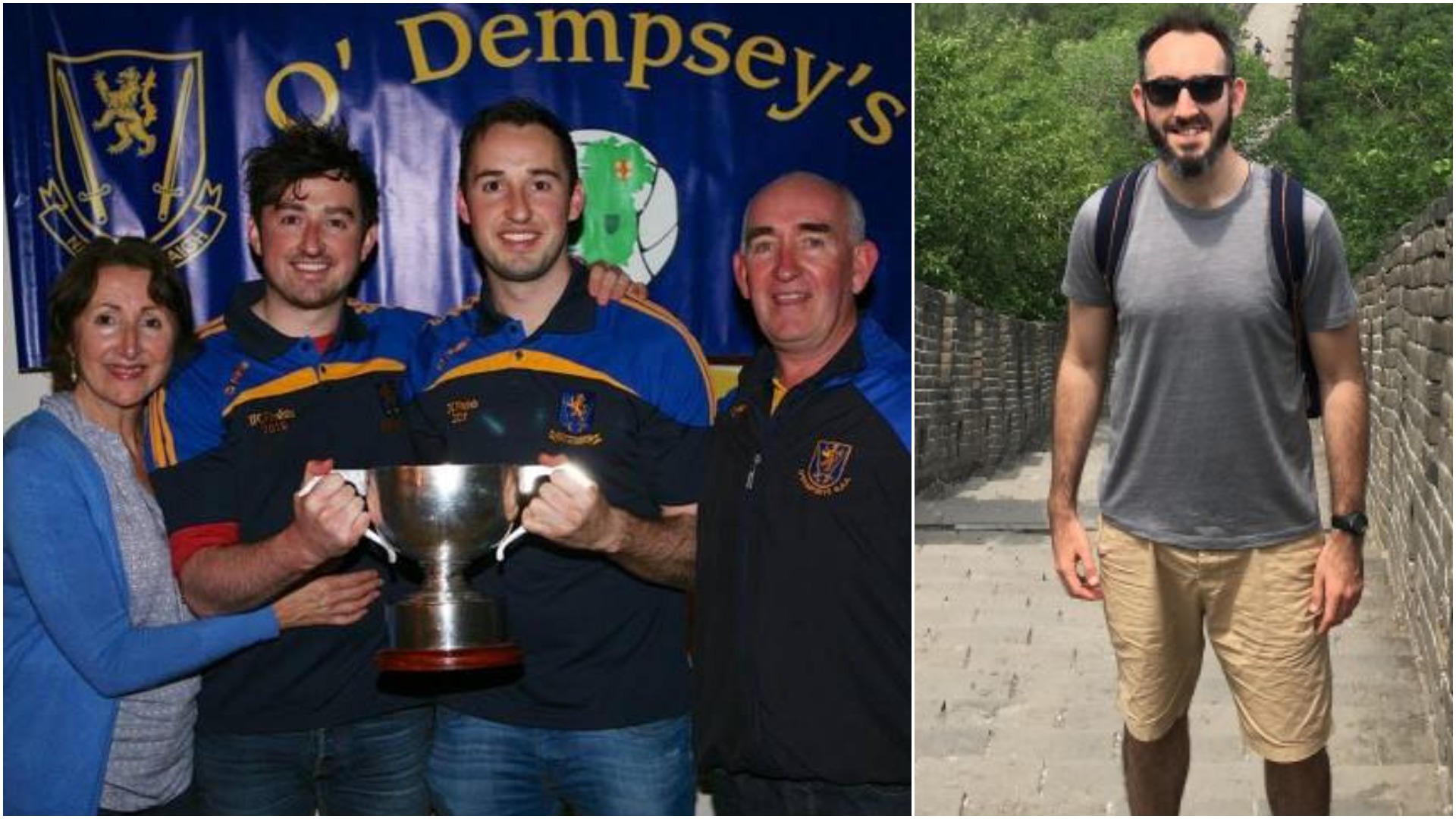 Two of the last three winning teams – Coneys from Tyrone in 2018 and the O’Mahonys from Wexford in the most recent series – have comprised of three hardy and fit sons and a competitive mother.

The Merediths from Killenard – mam Kate and sons Bryan, Darragh and Conor – fit that bill and would bring strength and fitness and all the qualities needed to succeed. 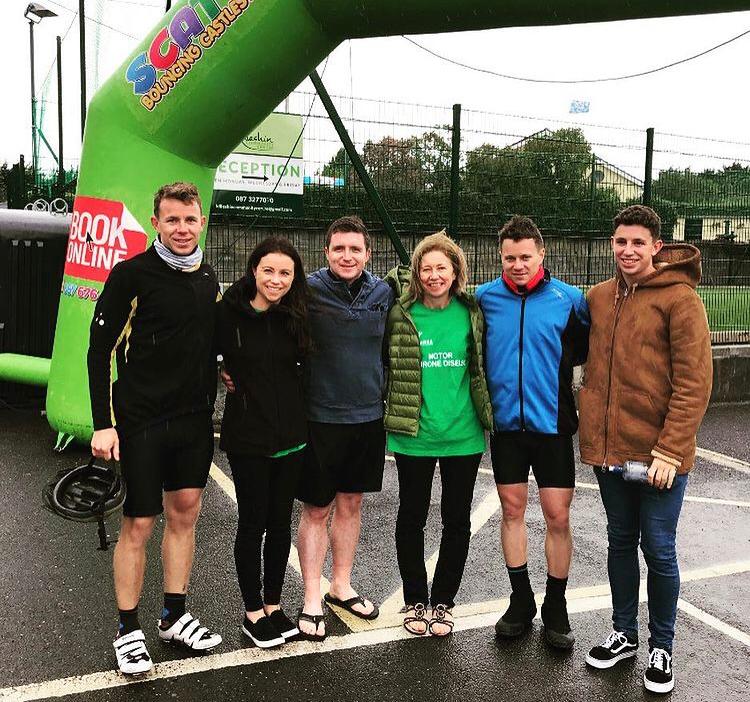 Former Laois football captain Stephen and his brothers Simon and Luke all have a strong background in athletics with St Abban’s as well as senior football experience with Killeshin.

Along with mam Kate they’d make a formidable team. 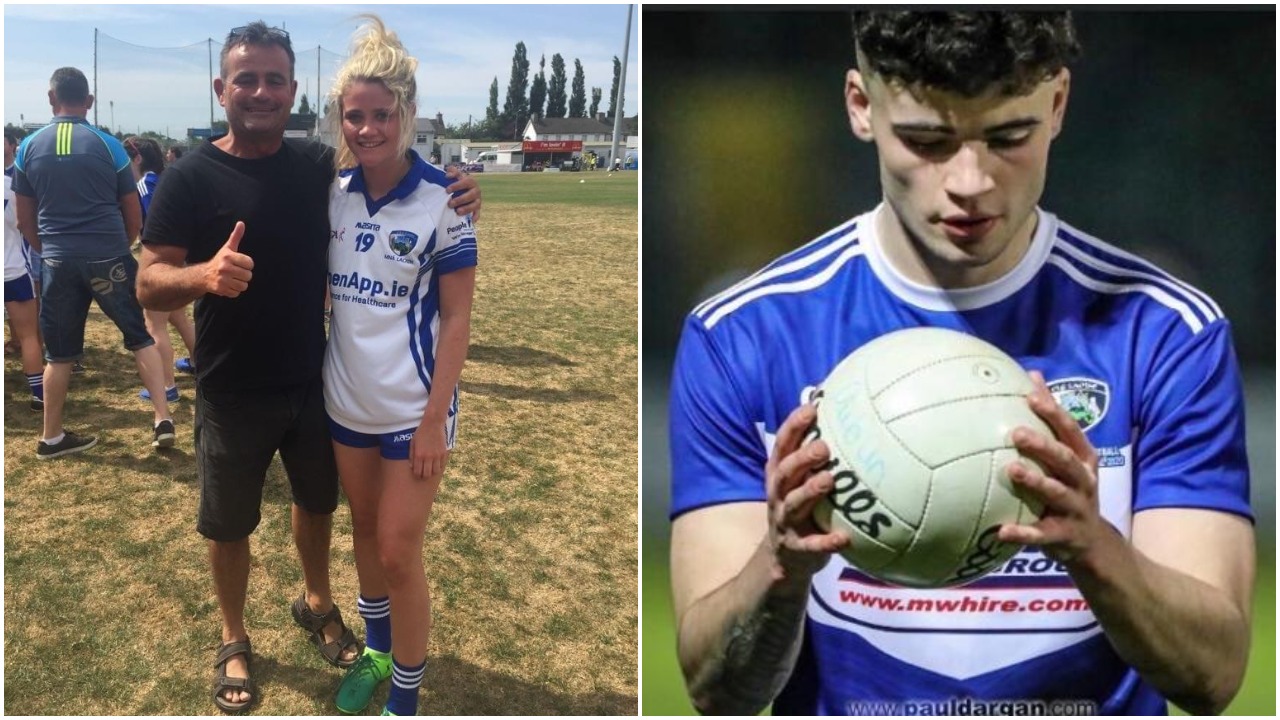 The first of two potential teams from Portarlington are the Galvins. Daughter Eva has played for the Laois Ladies for a number of years while son Daragh recently played for Laois in an U-20 Leinster final.

Son Iarlaith is a fine footballer too while dad Pat, principal of St Patrick’s BNS in Portarlington, played for the club in the 1990s. 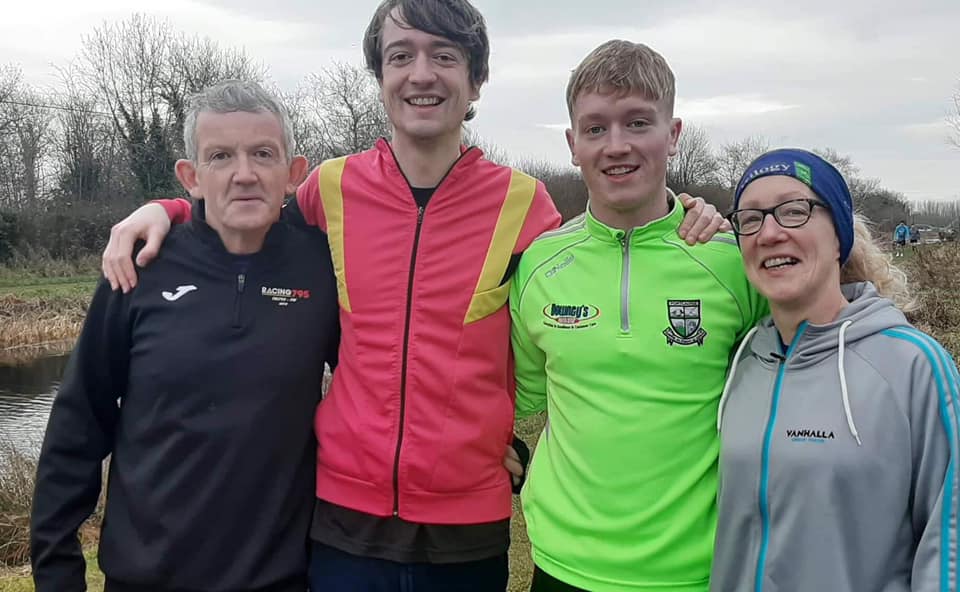 Dad Niall and mam Madeleine are experienced triathletes and runners while son John has played for the Portlaoise senior football team and for Laois at minor and U-20 level.

Brothers Kean and Jimmy would be in the mix too – as well as sister Geraldine. 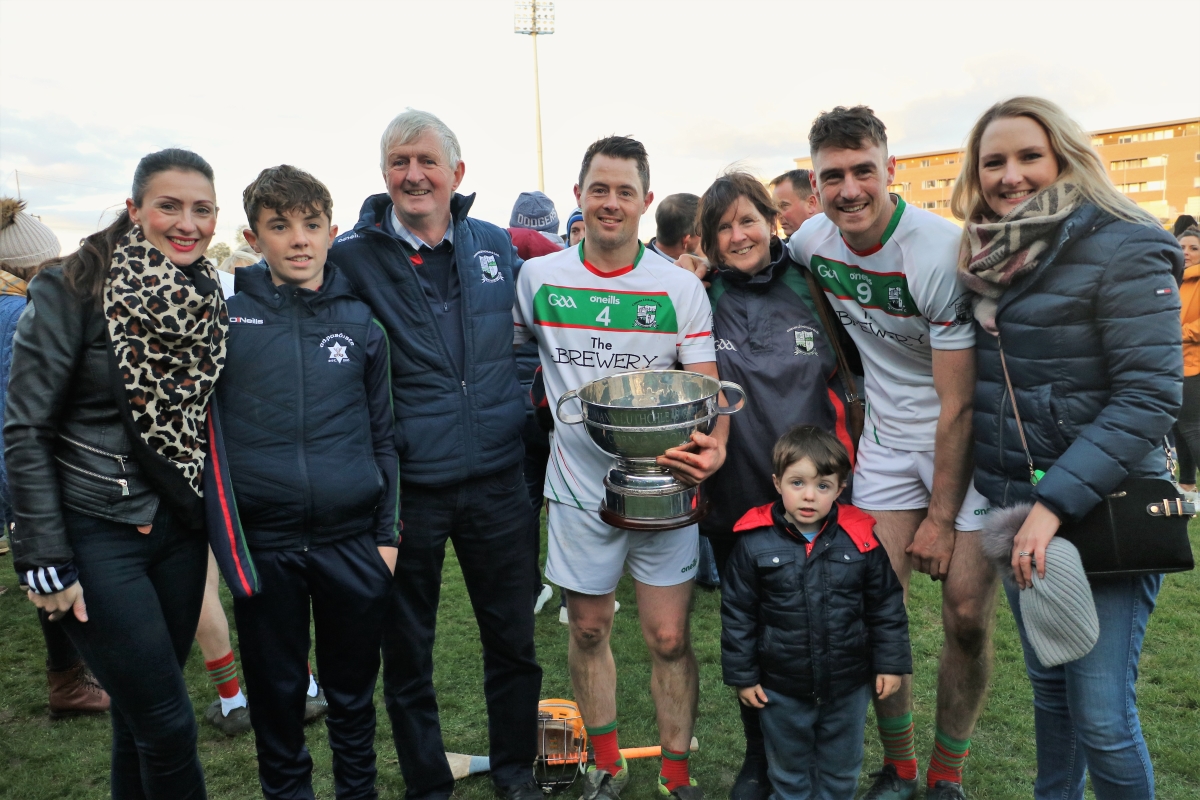 Laois senior hurler Paddy as well as his brother John have years of high-level hurling experience while sister Ann Marie is a fine camogie player with St Brigid’s and sister Geraldine would be a contender too.

Mam Catherine or dad Mick – who could be a fan’s favourite like Ticey Allen – would be needed to complete the team.

Serious GAA pedigree here in the Delaney family from Ballyroan. Sons Odhran and Fionn have represented Laois at juvenile level – with Odhran being on both the Ballyroan-Abbey and Abbeyleix teams that enjoyed minor football and hurling glory last year.

Daughter Caoimhe plays for the Ballyroan Ladies while dad Noel, who played junior football last year for Ballyroan, and mam Sinead, would make up the remainder of the team. 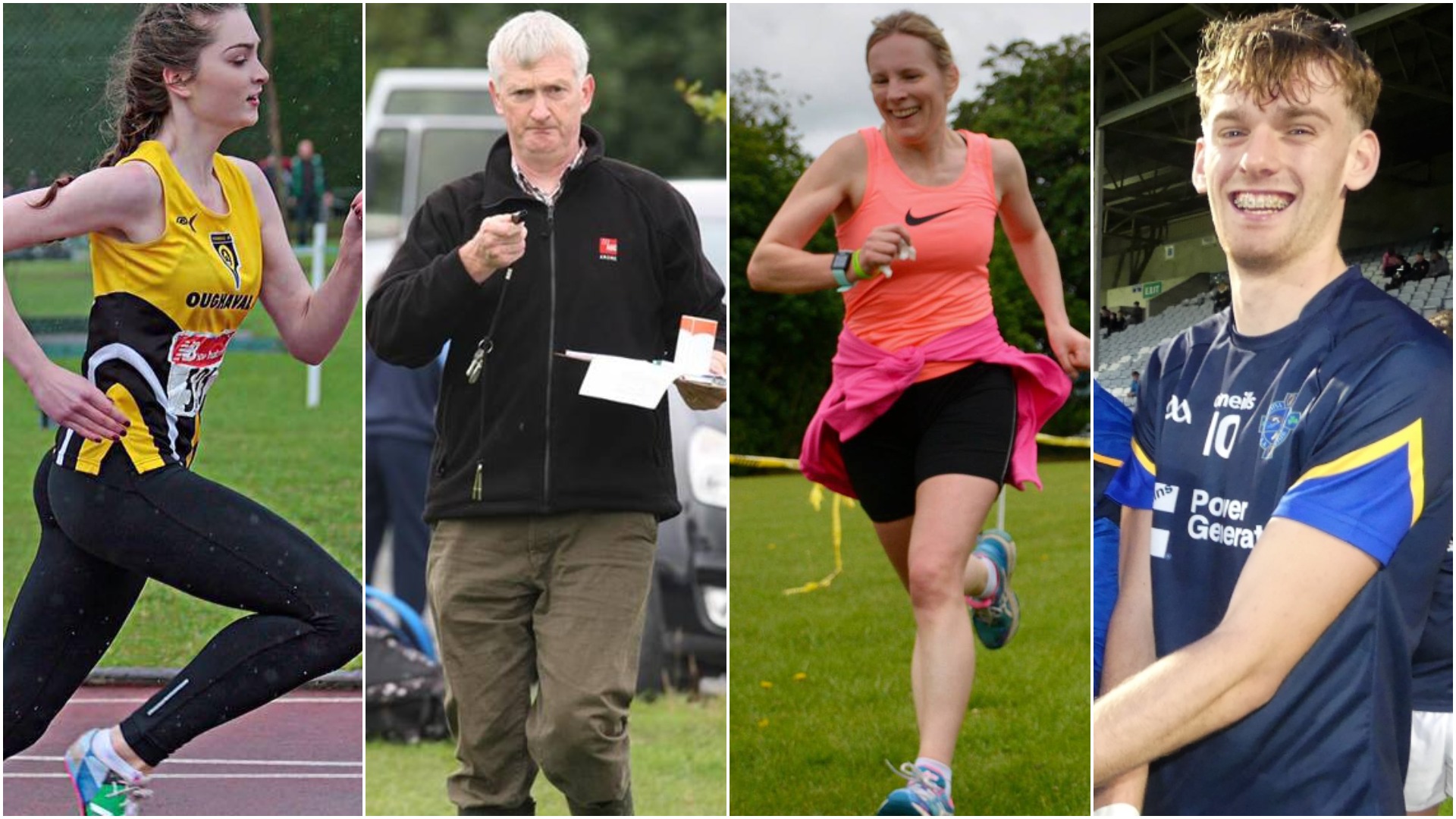 The three families who have represented Laois in the competition thus far have been steeped in Laois athletics and the Scullys from Vicarstown fit that bill.

Dad John has been involved for decades in athletics while son Fergal and daughters Dervla and Bronagh have competed in various disciplines. Mam Suzanne, a regular runner, is another option for the team too. 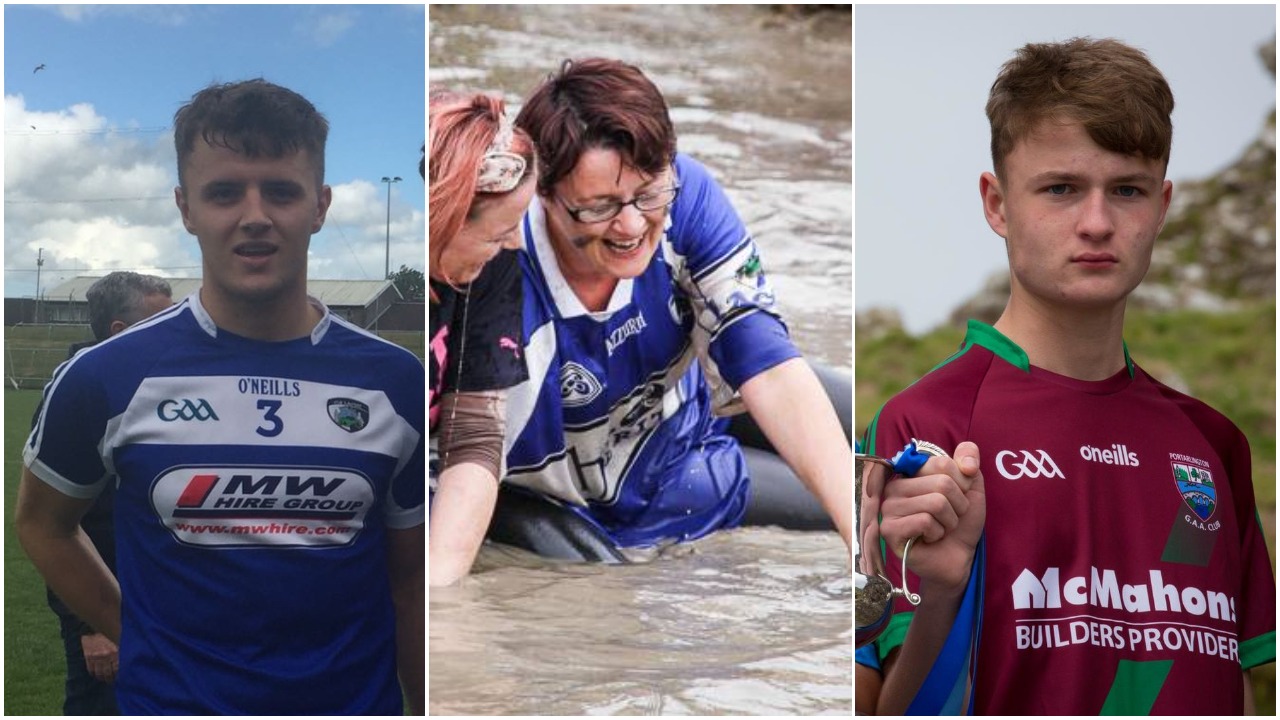 Three sons and a mother has been the winning formula on a couple occasions and we have that exact scenario right here.

Mam Janet has shown in the past with her Snapchat antics that she is up for anything and with sons Diarmuid, Cathal and Sean – all fine footballers with appearances for Laois at underage level – they could claim glory.

And just like the Bennetts, the Malones in Graiguecullen are capable of producing that exact formula too.

Sons Alan, Jamie and Dean are all fitness enthusiasts. Alan has worked as an S&C Coach with the Longford footballers for the last few years, Jamie runs his own business and Dean trained the Park-Ratheniska ladies last year. Jamie recently embarked on a 500km run in aid of his local nursing home – and mam Jacqueline joined in for part of that to show she’d be more than capable. 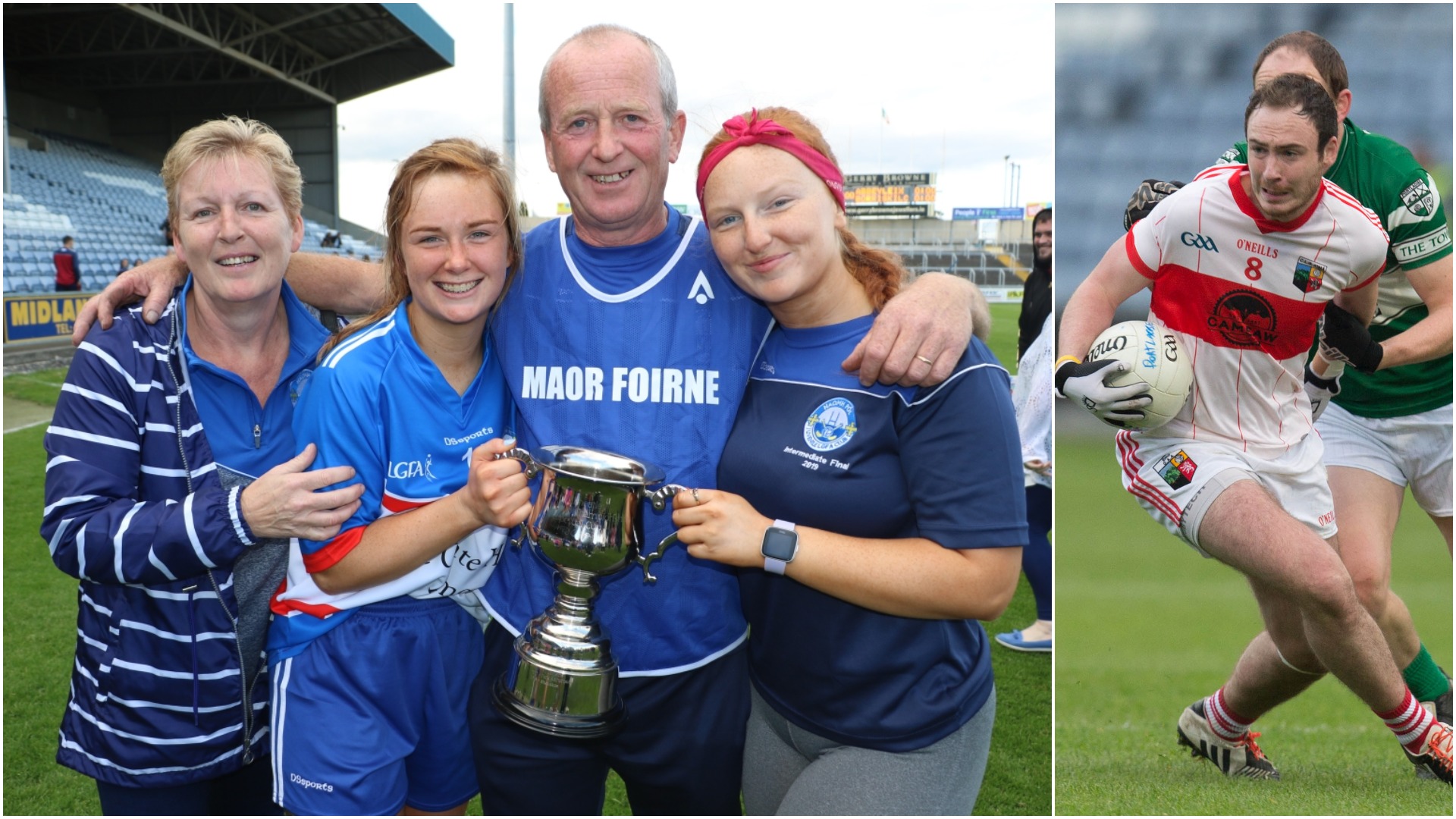 Back up the other end of the county, the Costellos in Emo are worthy of their place. Dad David is in great shape and he played for O’Dempsey’s in his younger days.

While the scrap to determine who would join him would be interesting. Former Laois footballers Evan and Shannon, who are both out of the country, would have strong claims while son David and daughter Kerrie would also be in the mix. 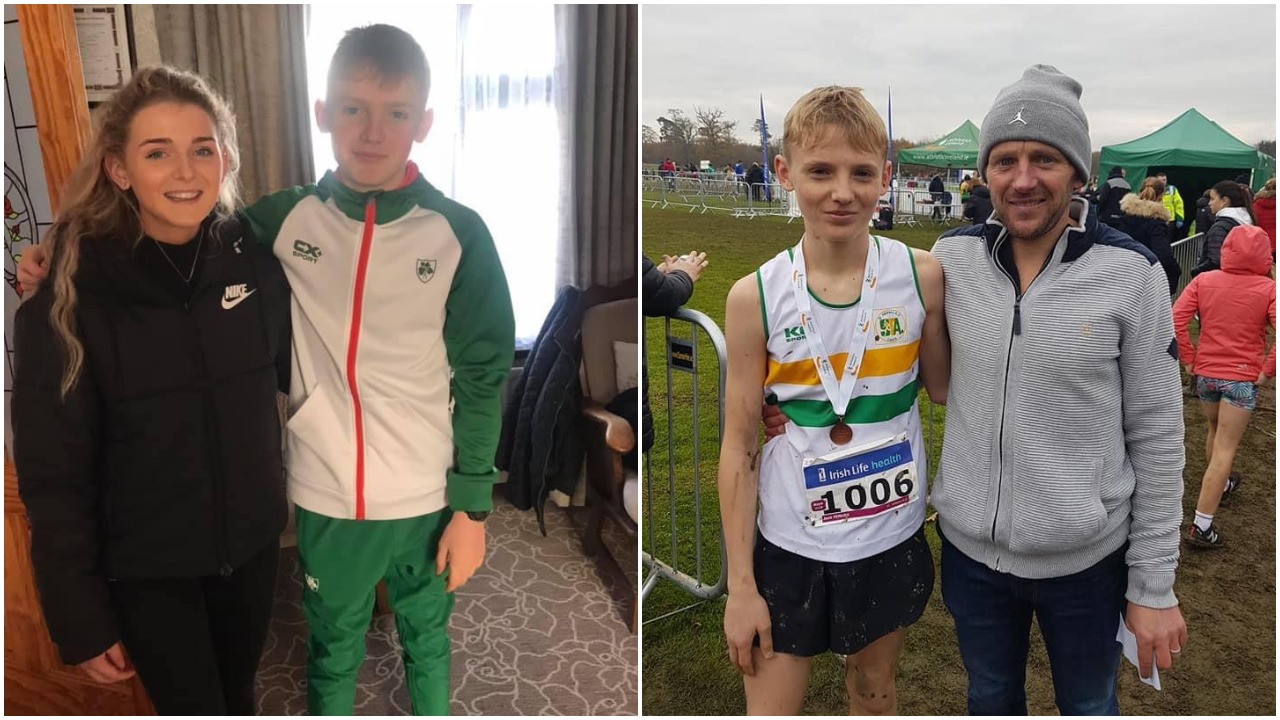 The final family to make our list are the Fenlons from Courtwood – who are also an athletics family.

Dad John was National 1500m champion indoors last year. Son Jack has represented Ireland and continues to go from strength to strength! Daughter Rebecca plays football with St Conleths and comes from a running background. While mam Suzanne can be regularly seen pounding the roads of Portarlington!