75 care packages, a range of different items and vouchers were gifted to the staff and residents at Droimnin Nursing Home last night.

At the start of the year, the Stradbally nursing home experienced a severe Covid-19 outbreak that saw half of the staff infected and almost all of the residents too.

A total of 18 of them sadly lost their lives in a three week period in what was an incredibly sad and tough time for all.

The people of Stradbally and further afield felt this pain too and a new business decided to try and turn that into a positive thing by unveiling a fundraiser.

Chloe Kelly (Stradbally), Tara Lyons (Portlaoise) and Veronica Doyle-McCormack (Portarlington) of All The Bits make gift boxes and treat boxes for any occasion.

So they asked everyone to get behind them in a bid to send gift boxes down to the nursing home – and they were blown away with the response as more than €4,000 was raised.

That covered 75 gift boxes for the staff but it also allowed them to purchase a range of items to give to the residents as well.

Chloe explained: “We wanted to support local where possible when making the boxes so we bought a lot from shops in Stradbally.

“We also purchased (some are donated also), vouchers for local businesses so the staff at Droimnin can have a raffle with them.

“With the money that was left over after all boxes were complete and vouchers had been bought, we bought board games, puzzles, wool and knitting needles, playing cards, bingo markers, paint brushes & canvases and treats and sweets for the residents.

“We felt it was important to include them too. Hopefully it will bring some joy.

“Thanks again so much to everyone who donated and helped out where they could.” 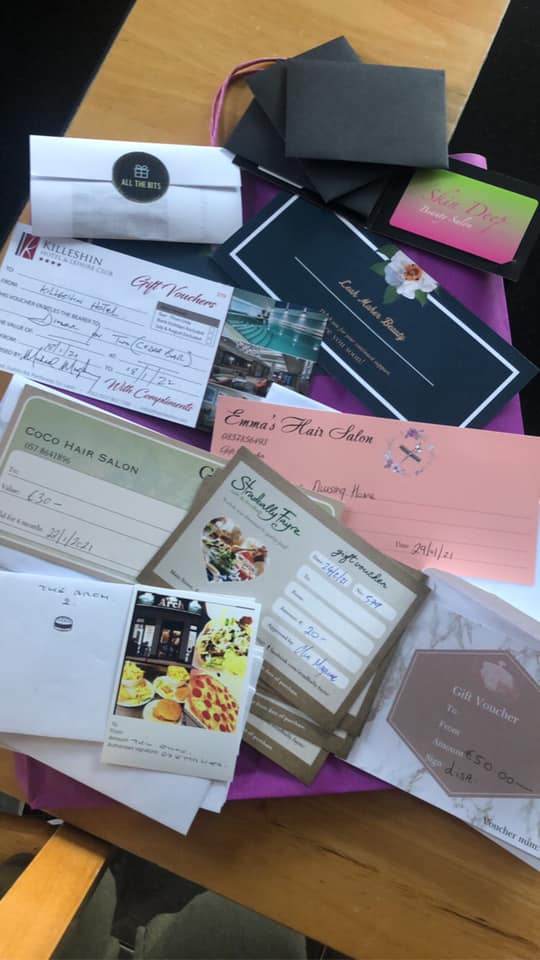 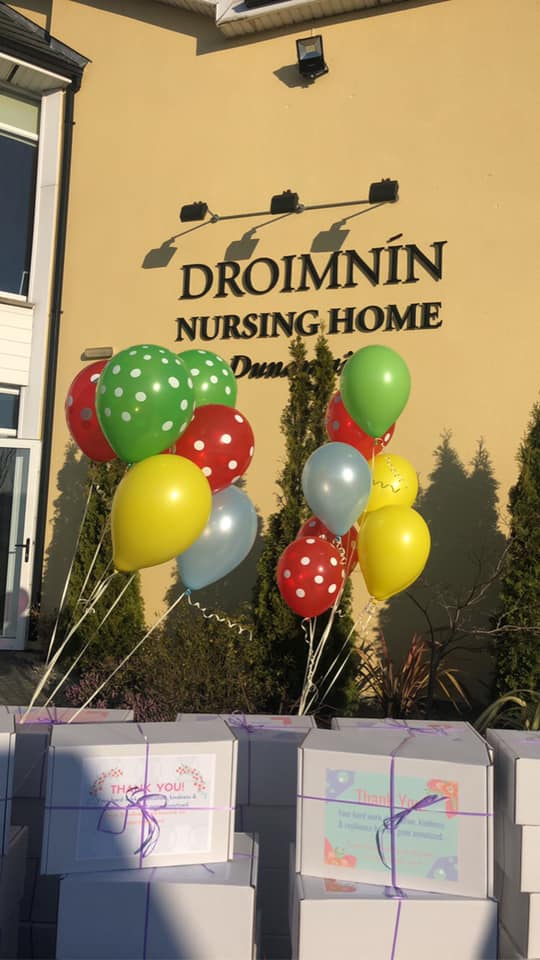 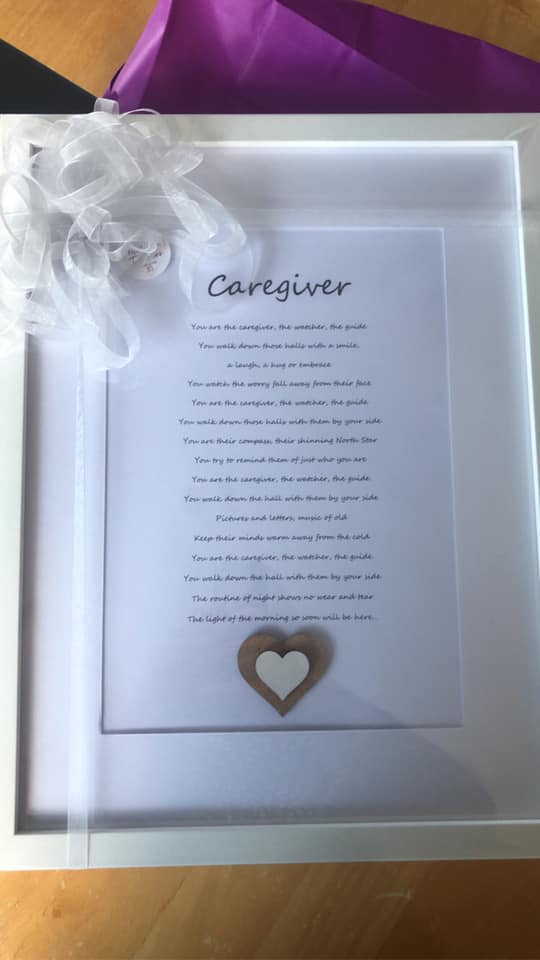 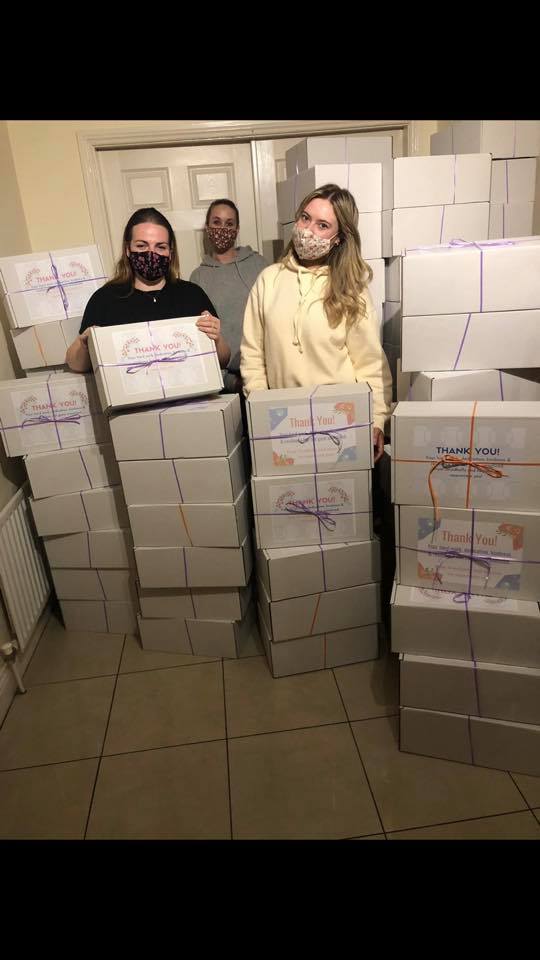 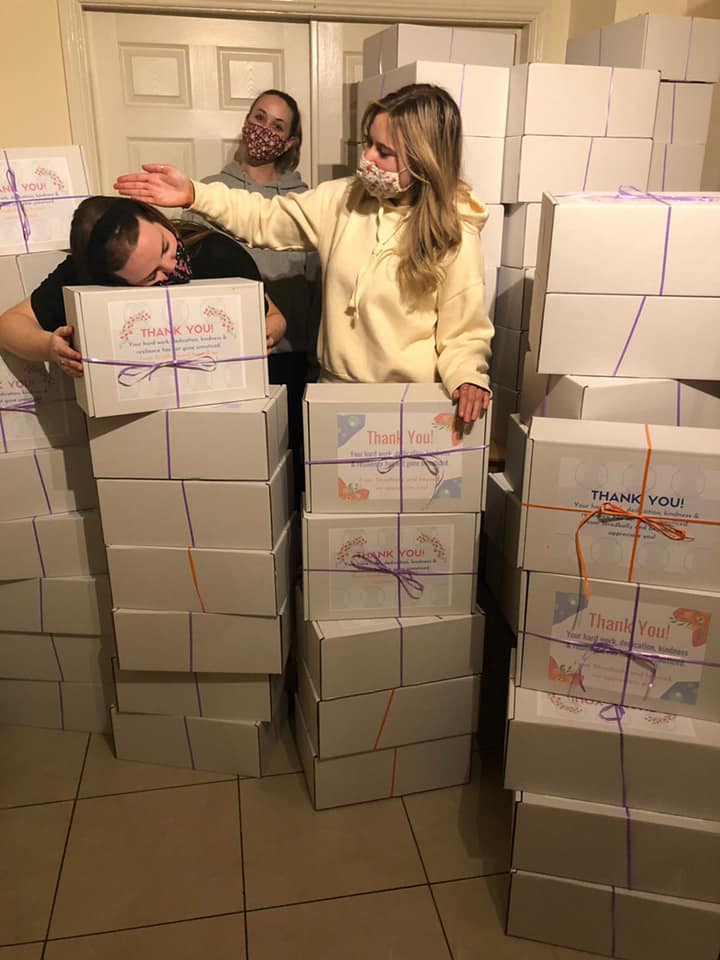 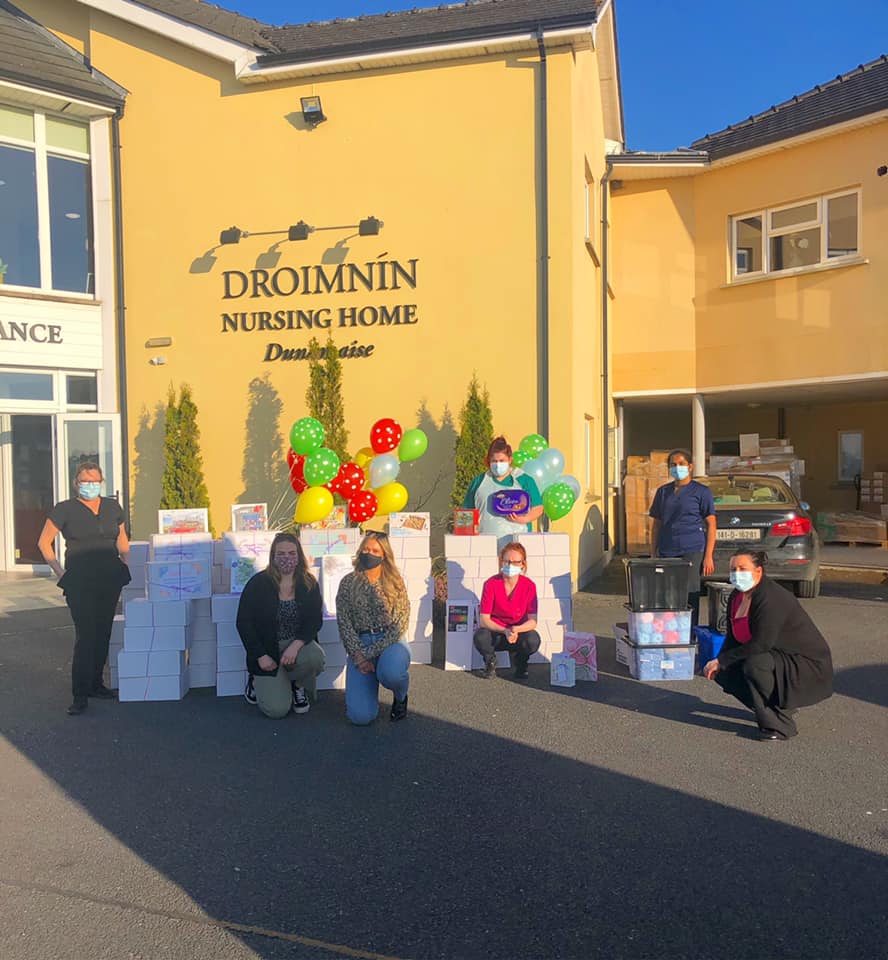